WITH a new promotional outfit now handling him, flashy Albert Pagara continues to set his sights on Mexican hot property Emanuel Navarrete down the road.

The 26-year-old Pagara’s dream fight against the hard-hitting Navarette appeared to have gone up in smoke after the native of Maasin, Leyte was among the boxers released by former promoter ALA Boxing when it closed shop two months ago amid the COVID-19 pandemic.

But the Filipino fighter remained in the frame for a possible showdown with the former World Boxing Organization (WBO) super-bantamweight champion after hooking up with famed boxing and MMA management MTK Global.

Pagara disclosed his signing with the promotional outfit owned by Daniel Kinahan and Matthew Macklin in the Power&Play radio program of former PBA commissioner Noli Eala.

That MTK has close ties with Top Rank Promotions, which was a top consideration when Pagara chose to sign up with the firm.

He was initially booked for a December 5 bout, but Pagara (30-1, 21 KOs) chose to have it moved to January instead.

Moving forward, Pagara is looking to face Navarrete in a potentially explosive bout.

Navarrete (31-1-1, 27 KOs) recently relinquished his WBO belt and moved up to the featherweight ranks. 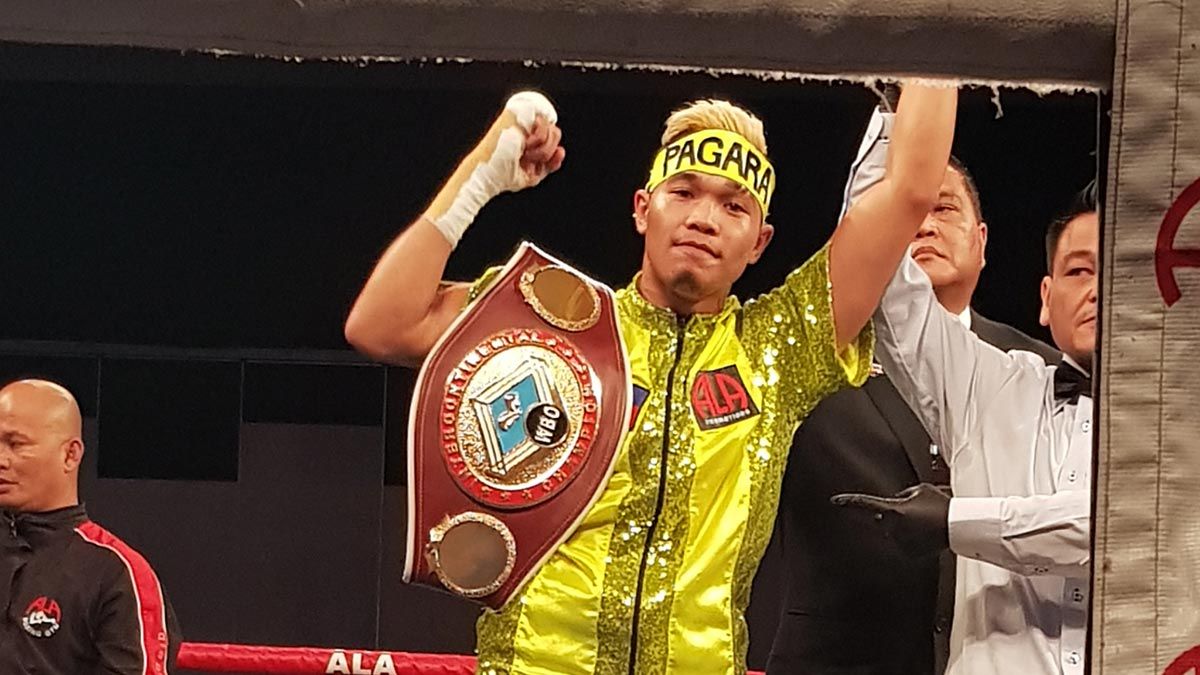 Pagara, who began boxing at 15 years old as an amateur fighter at ALA, also expressed his gratitude to his former promoter, the father-and-son tandem of Tony ‘ALA’ Aldeguer and Michael Aldeguer.