RAFAEL ‘Paeng’ Nepomuceno is thrilled to finally become the coach of the Philippine bowling team, and he's more than eager to help the country regain its supremacy in the sport.

Nepomuceno, a four-time World Cup champion and regarded as one of the world's best bowlers of all time, was appointed national coach last month - a post that most feel he has long deserved.

“I wanted to help,” Nepomuceno told SPIN.ph on Monday. “I’ve been wanting to help and I want to bring glory back to bowling and inspire the athletes."

Nepomuceno, 59, ruled the World Cup in 1976, 1980, 1992, and 1996 — a feat that landed him in the Guinness Book of World Records. He has also been given awards by five Philippine presidents, and has a United States Bowling Congress (USBC) gold level coaching certification.

Naturally, Nepomuceno’s hiring as national coach was met with excitement in the bowling community, more so since it will be the first time he will be handling the Philippine team.

He will be joined in the coaching staff by some of the top names in Philippine bowling in former world champion Biboy Rivera, Jojo Canare, Rey Reyes, and Johnson Cheng.

Even though he is now with the national squad, Nepomuceno said he will also continue to train and certify coaches in the United States.

“Prior to this, I’ve been coaching coaches to become coaches in the US Bowling Congress. I’ll be dividing my time but I’ll devote my time to the (Philippine) athletes,” said Nepomuceno.

Nepomuceno said his focus is on improving the national bowlers' mental and scientific approach to the game.

“Hindi nabibigyan ng importansya ng mga coaches in the past ‘yung mental game. I’m focused on the mental and, of course, the physical game. Our training comprises of the mental game, lectures, and applications of the mental tools," Nepomuceno said.

“I plan to educate the bowlers not only in the aspects on the physical game but the equipment, ball motion, and other topics that I’m aware that I can help,” he added.

The bowling legend said the sport has changed a lot in the past few years, and talent alone is no longer enough.

“Bowling these days has changed and evolved so much. Highly-scientific na. I want to impart that to the (national) athletes,” said Nepomuceno. 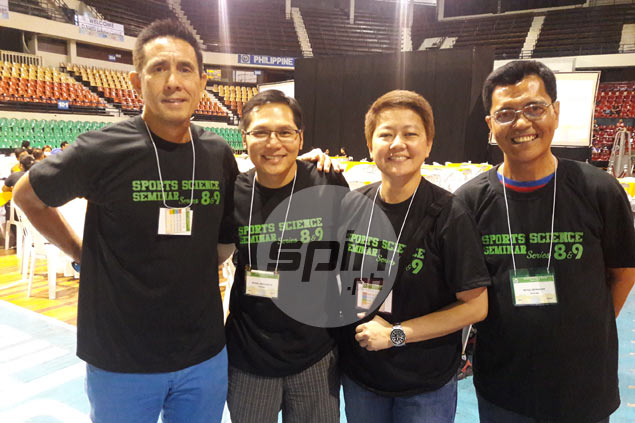 Nepomuceno is also batting for international training among the national team members.

With a program in place, Nepomuceno hopes to get results, as he wants medals for the Philippine team as early as this year.

“We are targeting the Asian championship this year, the world singles, and next year, the Southeast Asian Games. Siyempre, our target is win medals again for the country. In previous years, ‘yun ang nawala sa bowling so different approach. Hopefully, we get the results," said Nepomuceno.

“It won’t be easy but we have to start somewhere," added the Pinoy bowling legend.