A TOP all-boys learning institution that has produced captains of industry, leaders of government, and men who distinguished themselves in various professions has of late been regularly churning another kind of gem.

Small wonder that Xavier School is now regarded as an 'X Factor' in the college game, carving out a reputation as an unlikely breeding ground of blue-chip basketball prospects owing to the long line of former players that went on to have accomplished careers in the varsity and pro ranks.

“Proud kami,” John Sy, head of Xavier’s basketball program, said in a chat with Spin.ph inside the school's state-of-the-art gym. “It speaks well of what we’re doing here, which is good enough for college.” 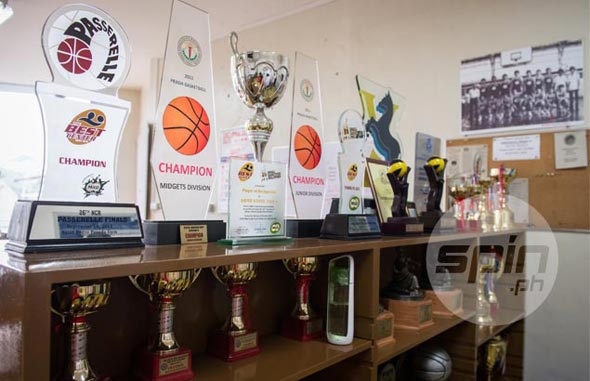 “Actually kailan lang naming napapansin na pwede pala,” added the 47-year-old Sy, who has been the coach of the midgets squad (12 to 13-year-olds) since 1995 and has handled Tiu, Yeo, and Tang, and more recently Jeron Teng, Manuel, and Lao when they were barely teenagers.

Making the high turnover of cage talent all the more remarkable is that the 57-year-old all-boys prep school does not recruit athletes, relying solely on boys who rise from the ranks in its San Juan campus.

With a student population of around 4,000, Xavier is relatively small compared to other top primary and secondary institutions in Metro Manila. Its student athletes also have to cope with high academic requirements including Chinese classes, which Sy said make it all the more difficult to bring in recruits.

Sy said there’s no secret formula for the school's success in churning out top basketball talent, but stressed the importance of exposing the kids to sports at a very young age.

“There’s really no much difference. Tingin ko wala naman kaming ginagawang special,” said Sy, a batchmate of Cebu Pacific Air president Lance Gokongwei and a former varsity player of the school in the eighties who is now the school dentist.

The kids, Sy said, are exposed to skills training at an early stage, strengthening their foundations. From there, the student athletes progress in batches while those who pass the tryouts for its various age-group teams are exposed to top-class competition. 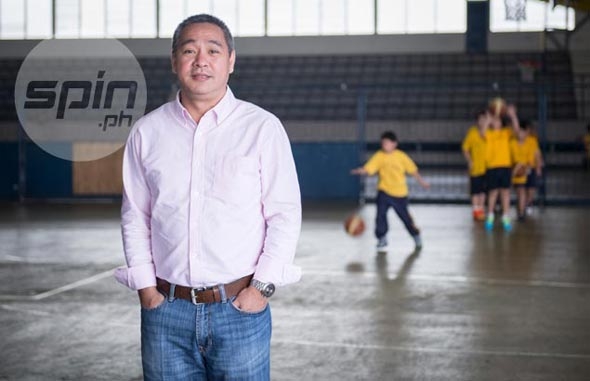 Sy said Xavier was lucky to stumble into players who immediately stood out like the Tengs, sons of former pro Alvin, as well as Yeo, who Sy said was so gifted athletically he was good enough to make the table tennis team and had tinkered with the idea of trying out for the golf squad.

“Swerte rin lang,” Sy said of finds like Yeo and the Tengs, who like Lao became Rookies of the Year in the UAAP a year after emerging from Xavier's campus.

In 2009, the two siblings played together at Xavier and guided the Golden Stallions to a record fourth successive Tiong Lian championship with Jeric averaging a scorching 39.9 points a game as a senior. Two years later, Jeron set the league scoring record by scoring 104 points in one game.

But most of the school's top players were diamonds in the rough who honed their skills at Xavier, like Tang who Sy said was a former swimmer who turned himself into a top-notch player through sheer hard work.

Then there is Tiu, the former Ateneo star and national player who Sy said was cut from his first grade-school tryout.

“Timid at mahiyain siya, but he eventually developed,” Sy said of the popular guard.

It's no surprise then that Xavier players are among the most scouted and heavily recruited by college teams. From the current graduating high school batch, 6-foot-7 Isaac Go and guards Jarrell Lim and Anton Lapez are the players who Sy believes are ripe for the picking.

But the school is not stopping there. Sy said Xavier wants to bring its basketball program to the next level, holding exploratory talks with Mapua, whose owner is a Xavier alum, and Far Eastern University for a tie-up in the NCAA and UAAP juniors divisions.