Six Philippine teams that did us proud at the Jones Cup

MIGHTY Sports won't be able to defend its Jones Cup championship as the decades-old Taiwanese invitational tournament was cancelled due to the COVID-19 pandemic - just the third time that happened since it was first held in 1977.

Usually held in midyear, the Jones Cup was cancelled in 1989 when a fire gutted the main venue while in 2003, the SARS outbreak left league organizers to scrap the tournament altogether.

Even in the absence of a Mighty repeat, the Philippines still holds the second-most gold medals in the Jones Cup with six in total.

Spin.ph lists the past Philippine representatives that went all the way. 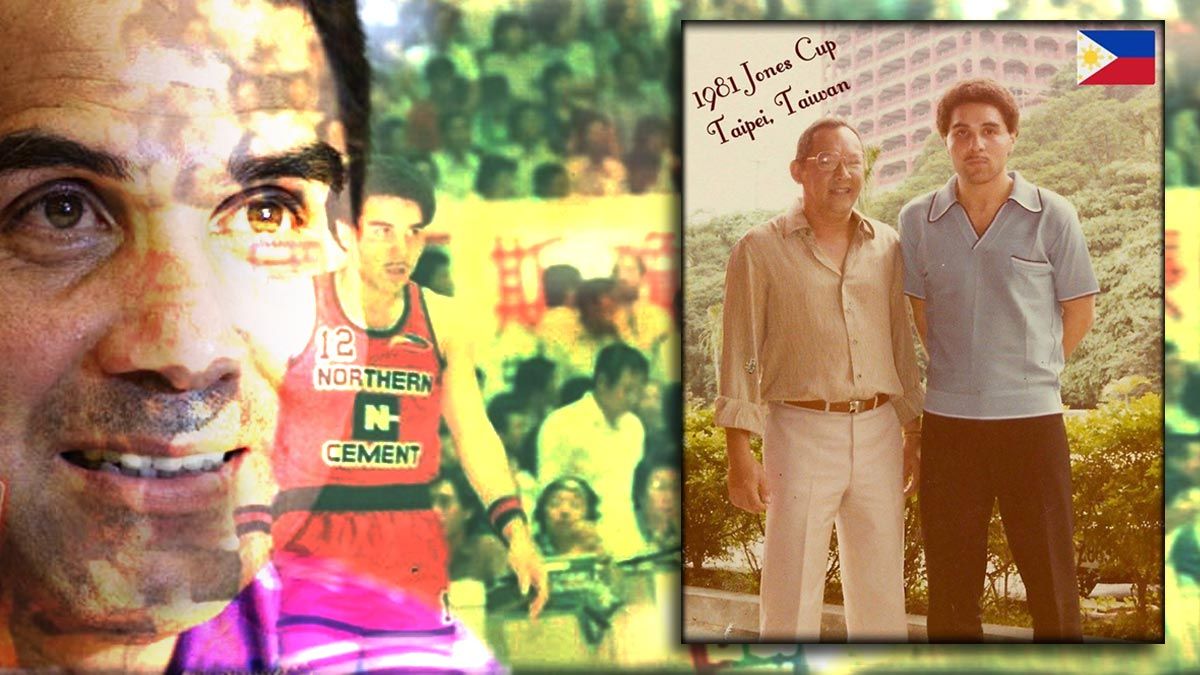 The fabled Northern Cement side was the first Asian team to capture the crown, winning the fourth edition in 1981.

Bankrolled by Danding Cojuangco and coached by American Ron Jacobs, this original edition of NCC was bannered by Fil-Ams Ricardo Brown and Willie Pearson. The only other homegrown players in the squad were San Beda's Frankie Lim and JB Yango. The rest were a collection of naturalized players led by Dennis Still and Jeff Moore.

There were other homegrown players in the squad, namely Ricky Relosa, Ed Cordero, Itoy Esguerra, and Federico Lauchengco, but all four were placed on the reserve list.

As expected, NCC steamrolled through the competition and won all of its eight games to claim the gold. Historic as the run, though, the public struggled to embrace the Northern Cement side peppered with foreigners, forcing the big wigs to overhaul the roster. 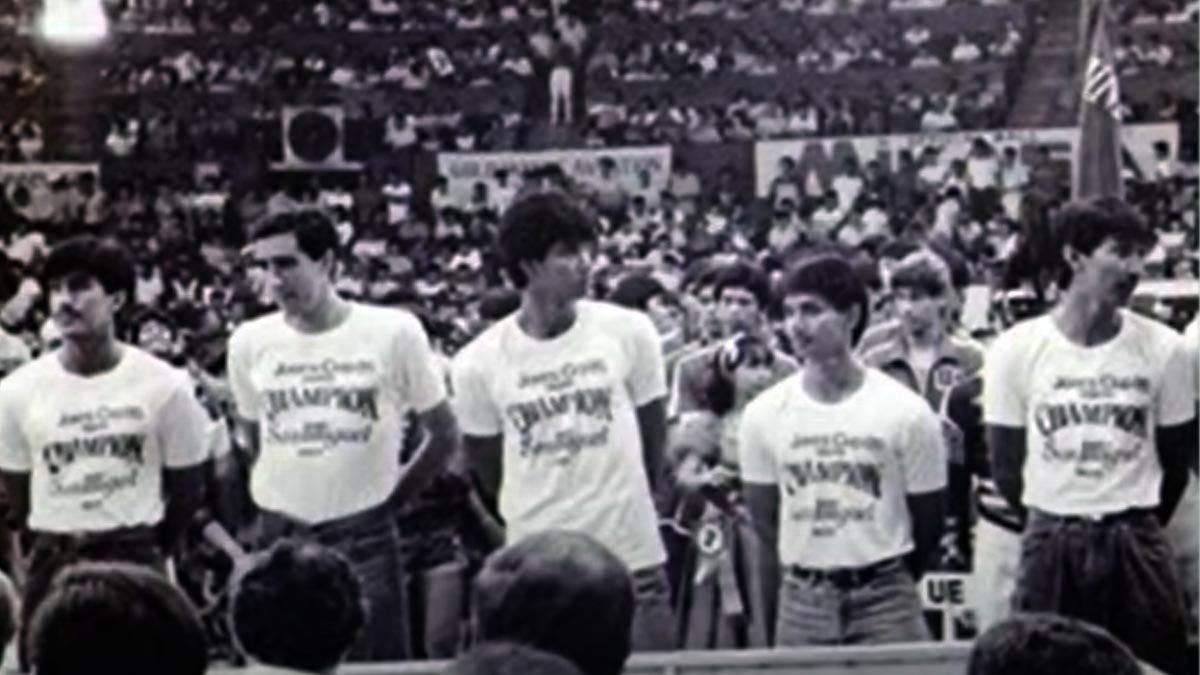 A new and improved NCC team, now carrying the banner of San Miguel, triumphed in the 1985 Jones Cup. Unlike the NCC squad of four years back, this Philippine side only had three naturalized players in Still, Moore, and Chip Engelland.

They were surrounded with the finest collegiate talents in the land led by Samboy Lim, Allan Caidic, Hector Calma, and Franz Pumaren, with Jacobs calling the shots.

The Filipinos won their first six games easily, setting up a collision course with fellow unbeaten team United States for the gold medal.

Engelland shot the lights out in the duel with 43 points as San Miguel toppled the mighty US, 108-100 in overtime, frustrating future Phoenix Suns draftee Kenny Gattison who had 28 for the Americans.

The local crew was also not too shabby, with Lim pouring 23 points and Caidic adding 19 to his name. 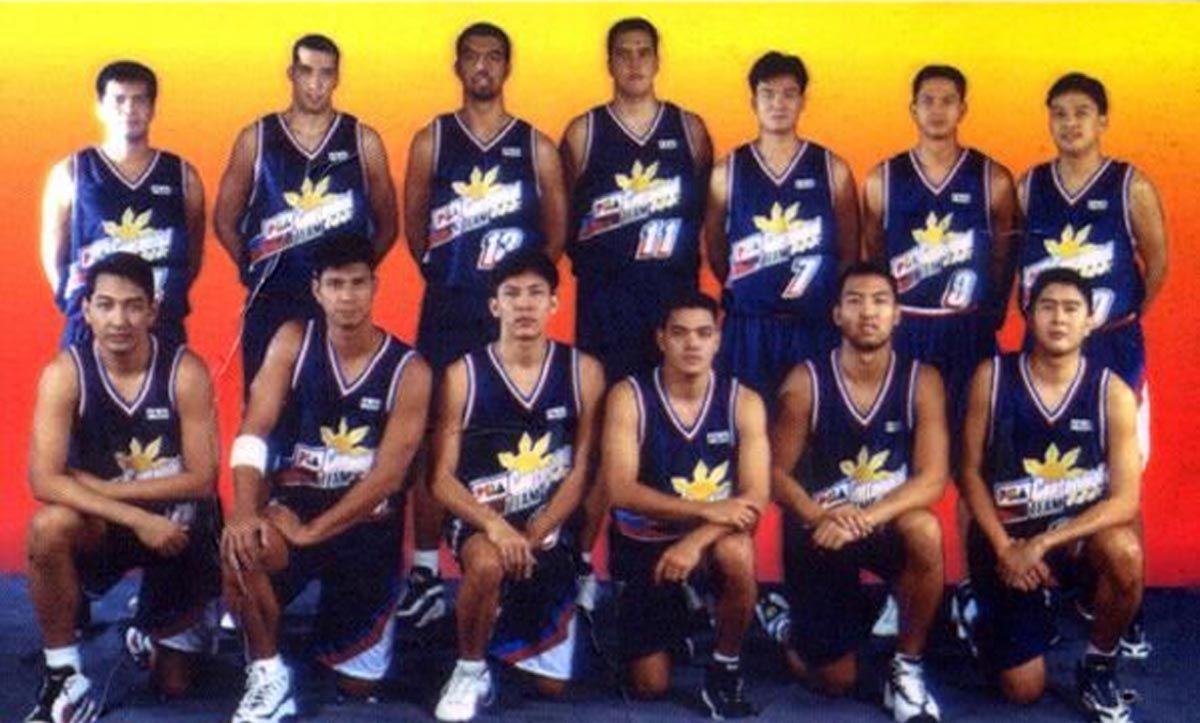 After SMB, it took 13 years before the Philippines once again tasted success in Taiwan, and it needed the best players in the PBA to get it done.

The Tim Cone-mentored side featured the who's who in Philippine basketball at that time.

From the backcourt of Johnny Abarrientos, Allan Caidic, Olsen Racela, Jojo Lastimosa, and Jeffrey Cariaso, to the wings of Alvin Patrimonio, Vergel Meneses, Kenneth Duremdes, Jun Limpot, Dennis Espino, to the bigs of Marlou Aquino, EJ Feihl, and Andy Seigle, the team was much-celebrated and was built to bring the country back to the top of the continent.

The 1998 Jones Cup sure boosted the Filipinos morale as the side lived up to the hype and rampaged through its six assignments.

Philippines capped off that sweep with a rousing 82-72 victory over hosts Chinese Taipei in the finals. Duremdes dropped 22 points to lead the Philippine Centennial Team as he was also named the tournament MVP.

Unfortunately, the Nationals could not repeat their success in the 1998 Asian Games in Bangkok, suffering painful defeats to Korea in the quarters and China in the semis before settling for the bronze medal after a 73-68 squeaker over Kazakhstan. 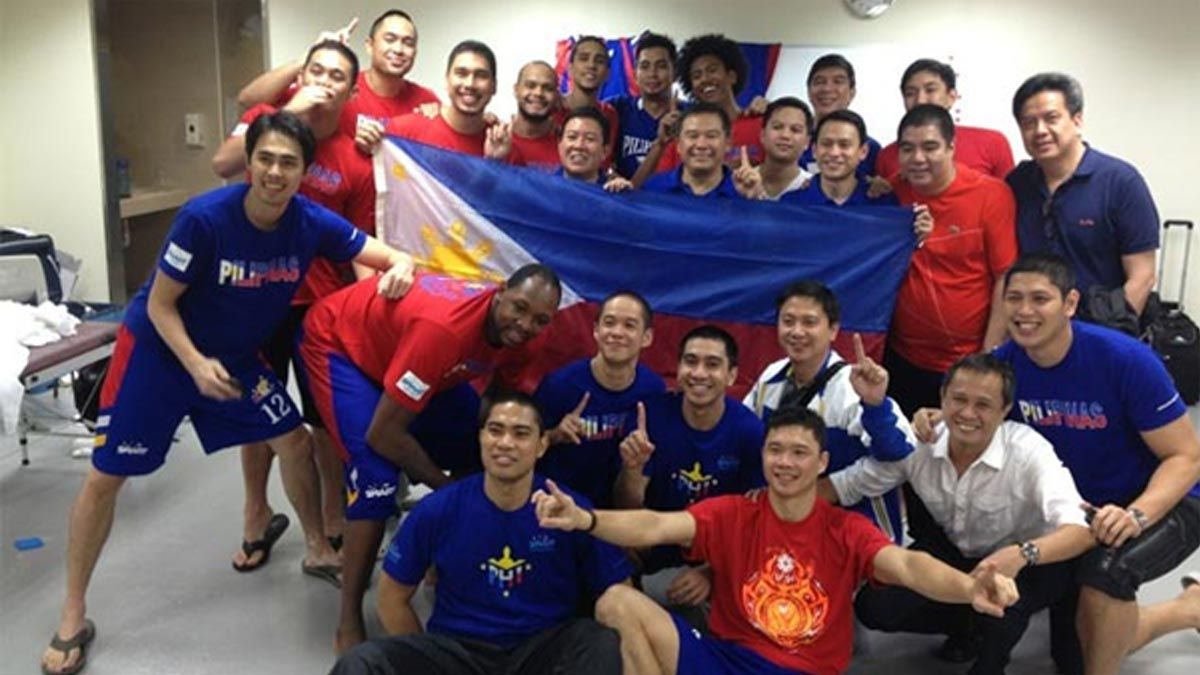 With Chot Reyes handling the team, this Smart Gilas side laid the foundation for the all-pro national team after the Samahang Basketbol ng Pilipinas (SBP) pulled the plug on Rajko Toroman's all-amateur program in 2011.

But Smart Gilas' path to the 2012 Jones Cup title wasn't as flawless as its predecessors. After winning its first four games, the Philippines suffered a shock 91-72 defeat to Lebanon in Day Six of the competition.

Yet it only strengthened the Filipinos' resolve as they pulled off a thrilling 77-75 win over Iranian side Mahram Tehran and slipped past Taiwanese team Zhonghua, 76-72.

The team's most amazing victory, however, was its final assigment as LA Tenorio buried the game-winning jumper with 19 seconds left to pull off the 76-75 victory over a US side which had former Los Angeles Laker and future Ginebra import Josh Powell.

It was a fitting ending to Tenorio's supernova fourth-quarter performance where he scored 11 of his 20 points to be named as the MVP. In turn, the Philippines won the cup with its 7-1 win-loss record. 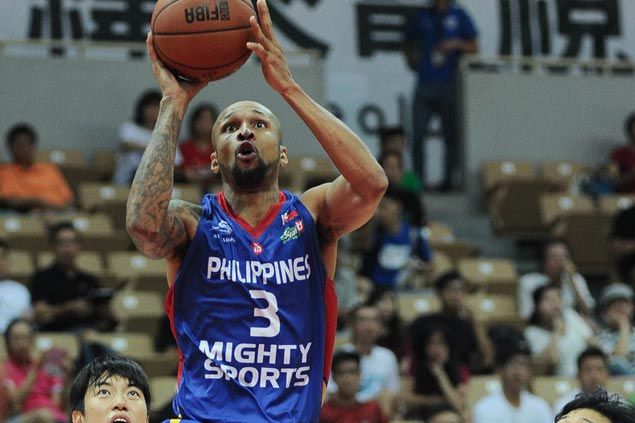 It hardly mattered as Mighty completed an eight-game sweep, capped off by a 104-80 trampling of Chinese Taipei B where the foreigners showed their class.

Spencer powered the Filipino side with 27 points and 9 rebounds, while Singletary, Thailand's future naturalized player, had 21 points and 7 boards to his name. Former NLEX import and NBA veteran Thornton added 13 points as ex-Kia reinforcement Ndiaye registered 12 points, 8 rebounds, 4 blocks in the final game. 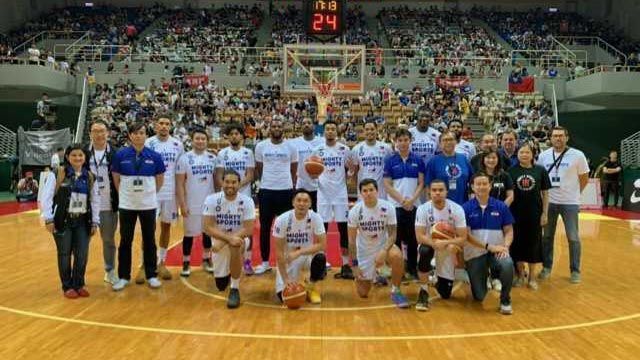 And they delivered, securing the crown in the penultimate day of competitions.

Balkman didn't even need to play in the final day as Mighty handily completed the perfect eight-game run with an 81-71 win over Republic of China White, where Phelps poured in 24 points.