YURI Escueta had always aspired to follow in the footsteps of his idol Olsen Racela.

He just didn't imagine it this way.

Escueta not only looked up to the former Ateneo star and star guard of the multi-titled San Miguel Beer teams of the last decade, but Racela also happened to be a cousin.

Aside from sharing the same DNA as the PBA legend, Escueta was also a point guard for Ateneo and was in fact instrumental in the team's run to the UAAP championship in 2008 - the first of five straight titles for the Blue Eagles under coach Norman Black.

The AB Interdisciplinary studies (tracks in Communication and Psychology) graduate brought his fine play to the now-defunct PBL for the Magnolia and Fern-C teams, respectively.

But a promising basketball career suddenly took a detour, not entirely because of a torn ACL in his left knee, but because of another calling which he found more fulfilling - coaching. 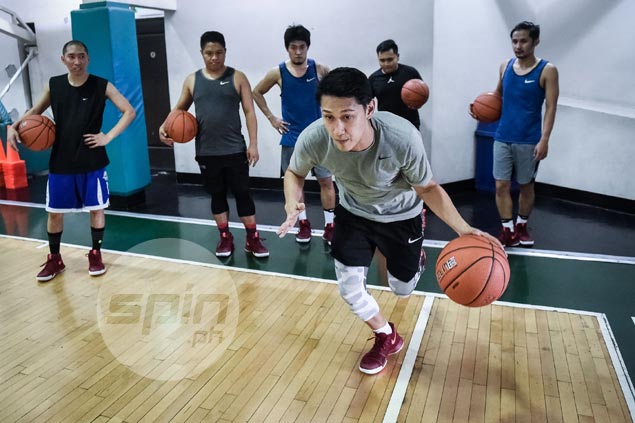 Coaching wasn't much of a consideration for Escueta until his senior year at Ateneo. Escueta recalled seeing Black and his staff dissecting the team's offense in the school's basketball office.

He became so fascinated about the tricks of the trade that he went to practice early, just to observe his coaches do their jobs.

It didn't take long before Escueta got his first coaching gig as deputy to Ateneo women's team head coach Epok Quimpo. He now serves as head coach of Ateneo's Team B and scout of Team A.

The ultimate goal is to be a head coach of a high school or college squad, or even a PBA ballclub, but Escueta admitted he still has a lot to learn.

For now, Escueta said he is making the most of the rare opportunity to learn the ropes from Baldwin, a veteran internationalist and Olympian.

While his future at coaching looks bright, Escueta bared there is still a twinge in his heart whenever he sees contemporaries like Mark Barroca making waves in the PBA.

But he tries to just shrug it off each time.

After all, he still has a chance to follow in the footsteps of his Kuya Olsen - now the head coach of Far Eastern University. That is, from a coaching standpoint.