ALLAN Caidic played down his close win over Jeff Chan in the three-point shootout of the Nike Rise Legacy Night on Saturday in a battle pitting two of the finest Filipino gunners ever.

Caidic won the contest by a hairline, 18-17, in an exhibition match that saw both players shooting simultaneously at both ends of the court at the halftime break of the All-Star Game held at the House of Rise on Sheridan Street, Mandaluyong City.

“Ang difference ng mga players sa ngayon, they are all wanted to be an all around player, can shoot in three, perimeter, and even wanted to dunk. Nobody wanted to be a role player anymore. Caidic is considered a role player as a dedicated shooter outside the rainbow area wherein made him a STAR. Hopefully, the new generations will look up for Caidic and be trained as a 3-point shooters." - Lee Cahilig

Ironically, both are left-handed.

Caidic, who holds the all-time PBA record for most points scored in a game with 79, suited up in the All-Star exhibition game which Chan’s Destiny squad won, 121-109.

After winning the side event, Caidic, now an assistant coach at De La Salle, had nothing but praises for Chan, who has been repeatedly compared to ‘The Triggerman’ for years.

“I wish him good luck at sana gumanda pa ‘yung careerniya,” said Caidic, one of the best shooters of all-time not only in the Philippines but in the whole of Asia.

Caidic, however, admitted he also wanted to win the contest.

“Nagulat ako kasi they put me on the spot. Pero kung ang Gilas may puso, kaming Legacy, my pride,” Caidic said with a laugh. 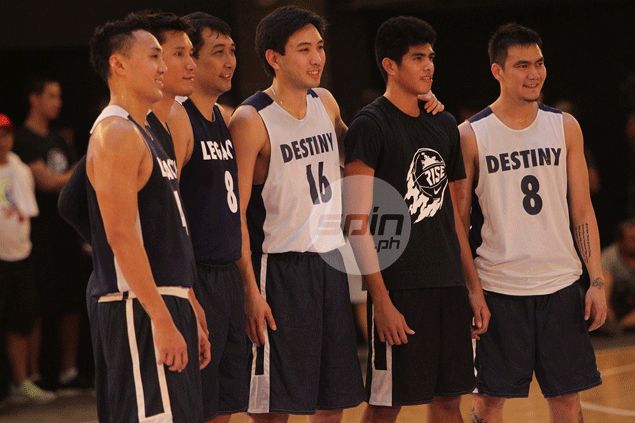