UST Tigresses escape FEU Lady Tamaraws to stay at No. 2

The second-year guard delivered 11 of her 22 points in the fourth quarter, to go with six rebounds and two blocks for the Golden Tigresses as they avoided an 18-point meltdown and fended off a late rally from the Lady Tamaraws.

"Si Tacky, I'm waiting for her breakout game. In the first round, I told her to take more shots, walang confidence, but now that she's back, I hope tuloy-tuloy na," said coach Haydee Ong. 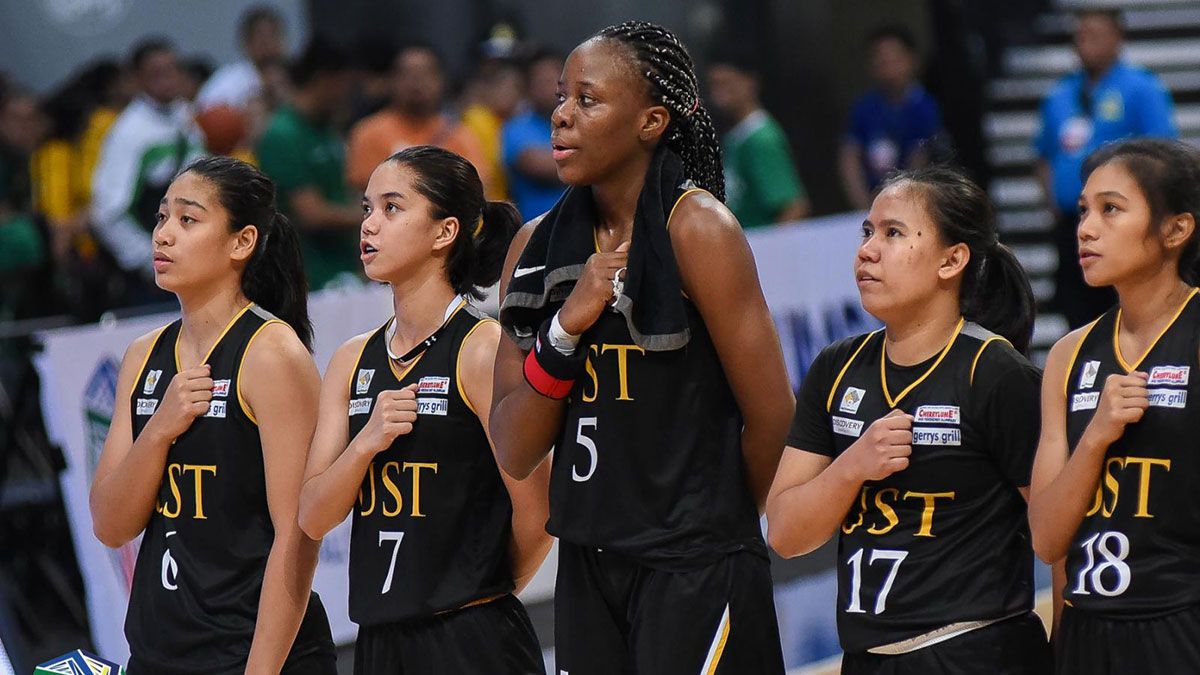 Tacatac's contributions couldn't be anymore welcome for UST, which has been in dire need of support to the cause of last season's MVP Grace Irebu.

The Congolese center notched 21 points, 14 rebounds, five steals, and a block as the Golden Tigresses rose to 8-2 in the standings.

"This is a very important win. We're two games ahead of them now and we're just happy that we got the win," said Ong.

The Lady Tamaraws sunk to a 6-4 card, falling to a tie with Adamson for third place.

Choy Bahuyan also tallied a double-double of 14 points and 12 rebounds in the defeat.