FAR Eastern University held University of the Philippines scoreless in the first quarter and held on for a 73-67 squeaker - its fourth win in the UAAP Season 82 women's basketball tournament at the UST Quadrecentennial Pavilion.

The Lady Tamaraws made it 21-0 after one quarter and extended that lead to 26-0. The Lady Maroons made a game out of it in the second half, but a 10-2 blitz allowed FEU to wiggle out of a close 62-59 affair.

Flores lauded his side's veterans like Mamaril, Castro, and Fatima Quiapo as they were vital in holding off the UP comeback. 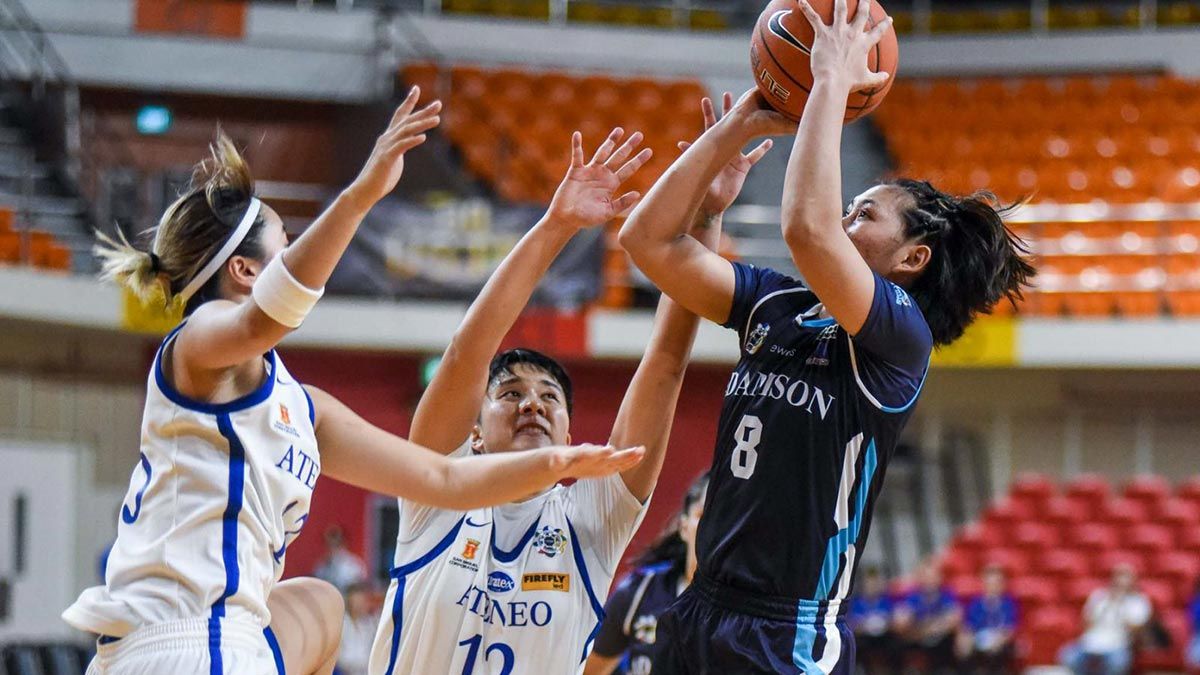 Yvette Villanueva chipped in 11 points and two rebounds for the Lady Tamaraws, who rose to 4-2. UP stayed at the cellar at 0-6, its losing streak now stretching 36 straight games.

In the second game, Adamson survived a late rally of Ateneo to take the 68-58 victory.

League top-scorer Mar Prado finished with a double-double of 28 points and 14 rebounds to go with two assists, and two steals to lift the Lady Falcons to a three-way logjam at second at 4-2 with UST and FEU.

Prado helped Adamson erect an 18-point lead, 55-37, heading into the final frame, but Ateneo relied on Boom Moslares to cut the deficit down to just eight, 55-48.

Prado and Novie Ornopia restored order in the endgame to secure the bounce back win.

Adamson sorely missed the presence of coach Ewon Arayi, who served out a one-game suspension after being ejected in its game against La Salle last Saturday.

Kat Araja added nine points, five rebounds, four assists, and two steals, while Ornopia and Jass Catulong both had eight in the victory.

The Lady Eagles dropped their fourth straight game and fell to 2-4.