NU Lady Bulldogs back in finals with rout of UE for elims sweep, streak now at 94

NATIONAL University moved a step closer to a sixth straight title with another eliminations sweep, clobbering University of the East, 80-62, in the UAAP Season 82 women's basketball tournament on Wednesday at Mall of Asia Arena.

Jack Animam led the Lady Bulldogs' balanced attack with 13 points, 21 rebounds, five assists, and one block as they finished the season at 14-0.

"I'm just happy that we accomplished with another feat, but we're not finished with our goal which is to win the championship," said coach Pat Aquino. 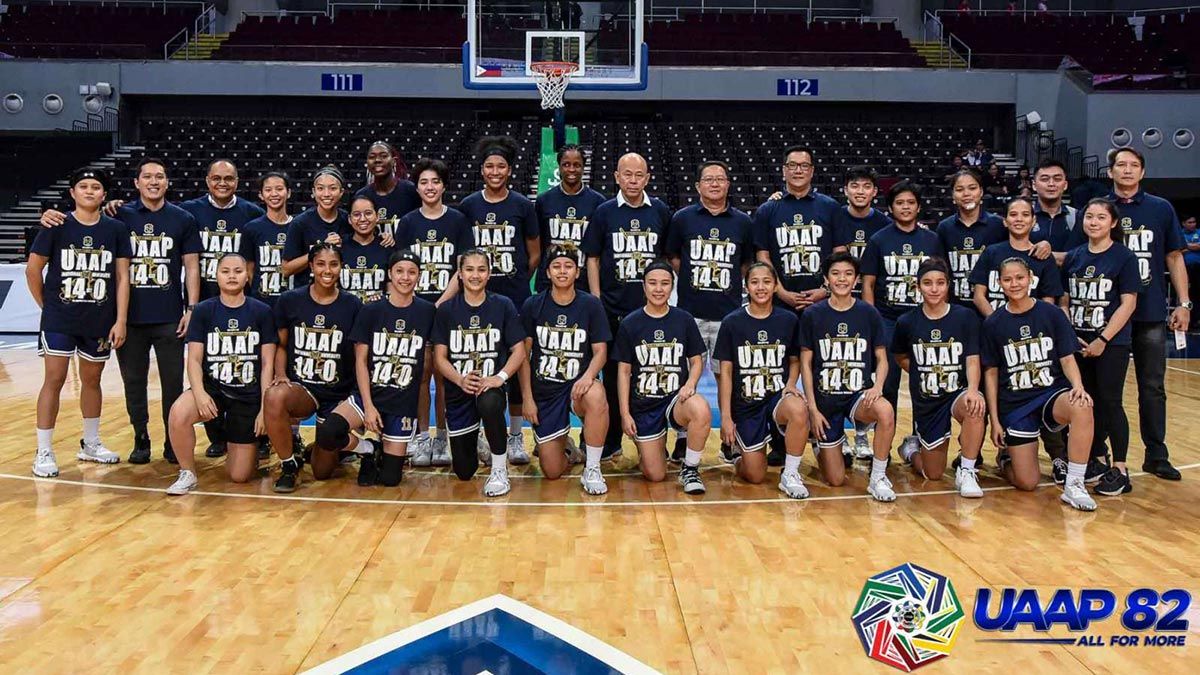 NU now awaits the last team standing in the step-ladder semis, with the finals set to begin on Nov. 20.

Animam knows the job isn't done for the Lady Bulldogs

"This streak is nothing without the championship," she said.

Mayu Goto added 11 points off the bench as NU's substitutes took the spotlight in the affair with 49 points as a collective, helping the Jhocson dribblers cruise to the victory.

Jeuel Bartolo and Camille Clarin also had nine points each.

The Lady Bulldogs leaned on a hot 28-12 start as it continued to pound on the Lady Warriors before grabbing a 49-23 at the half.

Joyce Terrinal got 17 points and four boards, while Jearzy Ganade also had a double-double with her 13 points and 12 rebounds as the Lady Warriors ended their season at 1-13.