NU Lady Bulldogs honored as SPIN Sportsmen Who Succeed as One

EVERY player dreams of making a mark in the game.

But for the NU Lady Bulldogs, that is more of a rule rather than the exception as they write their names in the history books on a regular basis.

From a lowly participant struggling to crack the heavyweights, the Jhocson-based crew under coach Patrick Aquino has turned into a dream factory of women's basketball standouts, most of whom found their way to the national team.

Afril Bernardino. Andrea Tongco. Gemma Miranda. Shelley Gupilan. Ria Nabalan. Jack Animam - a who's who of the modern Philippine women's basketball, every one of those walked through the halls of NU through the years.

UAAP Season 81, however, holds another level of satisfaction for the program.

Unbeaten for the past four seasons, NU's tour de force reached another milestone midway through the tournament as it toppled the previous record for consecutive games won by a team in any sport in the UAAP with an easy victory over UST Tigresses - its 74th straight.

That mark was previously held by Adamson's women's softball team, which posted 73 straight wins from 2010 to 2016.

It didn't take long before another elimination sweep was in the bag. For the fifth straight season, the Lady Bulldogs went 14-0 and earned an automatic Finals berth. 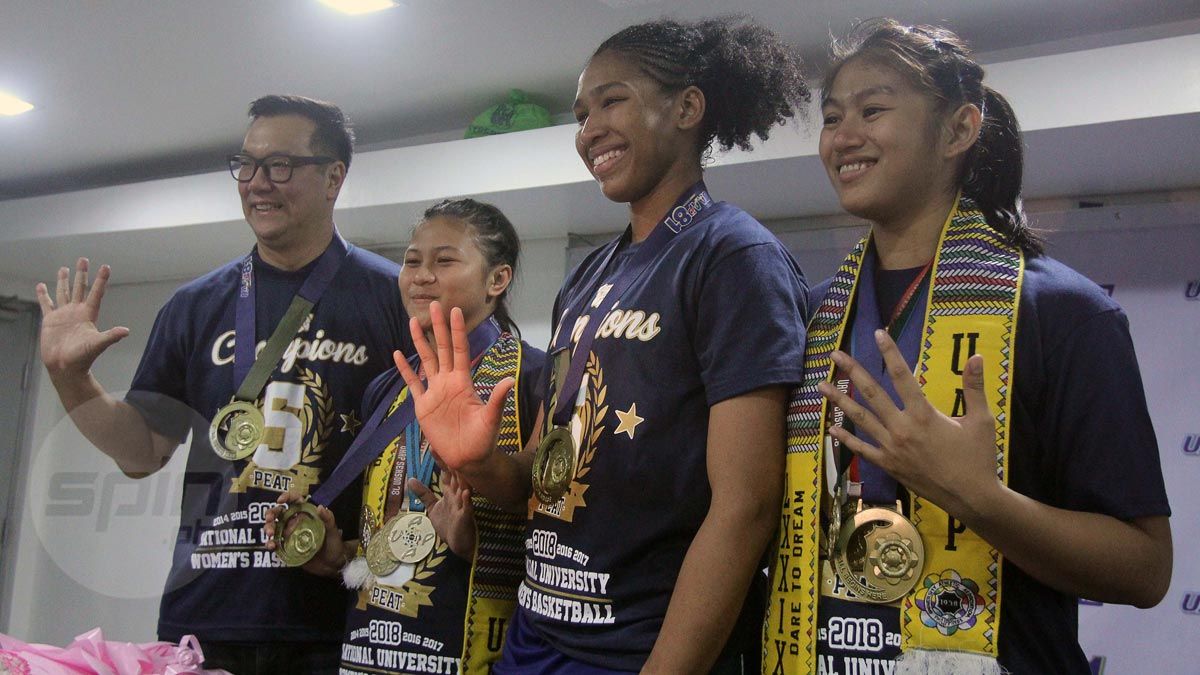 While every other team was fighting tooth-and-nail for positioning, there NU sat idle, patiently waiting for its next victim. And when the bright lights came shining, the Lady Bulldogs easily showed their class, dispatching FEU Lady Tamaraws to complete the five-peat and hike their winning run to 80.

Pride surely runs deep for Aquino and every person who contributed in making the NU juggernaut. But more than the achievements and championship it garnered, all the Lady Bulldogs want is to cast the spotlight on women's sport, elevate their sport as a whole.

"More than NU's streak being recognized, I hope that the whole Philippines will see that women's basketball is also very much alive. With that recognition, we can bring out more talent and produce more para makapaglaro sila sa national team eventually," said Aquino.

They might be draped in gold now, but make no mistake: the NU Lady Bulldogs mean more than just a streak.