ANTIPOLO -- National University moved a win away from another elimination-round sweep after running through Ateneo, 76-59, in the UAAP Season 82 Women’s Basketball Tournament, Saturday at Ynares Center.

After a slow start in the first quarter, the Lady Bulldogs picked it up in the middle quarters - limiting the Lady Eagles to just 23 points in that stretch to break the game wide open for good.

Kelli Hayes and Angel Surada led the charge as they turned a precarious two-point lead in the first quarter to a commanding 58-41 spread with 10 minutes to spare in the game - a lead which they padded to as many as 21 in the fourth period before cruising to a breezy win.

“I’m just happy na we can accomplish the feat again of having six straight 14-0s. It’s an accumulation of all the hard work that the girls have been doing. They deserve it, so now we have to be ready for the next steps,” National University head coach Pat Aquino said.

The win was a big one for the Lady Bulldogs after surviving a huge scare from University of Santo Tomas last Wednesday, where they escaped with a 74-70 win.

In the other game, Grace Irebu's towering presence was in full display, towing UST to a hard-fought 57-53 win over Adamson.

The reigning MVP churned out a monster performance with 27 points and 20 rebounds as the Growling Tigresses wrapped up the elimination round as the two-seed with an 11-3 record. 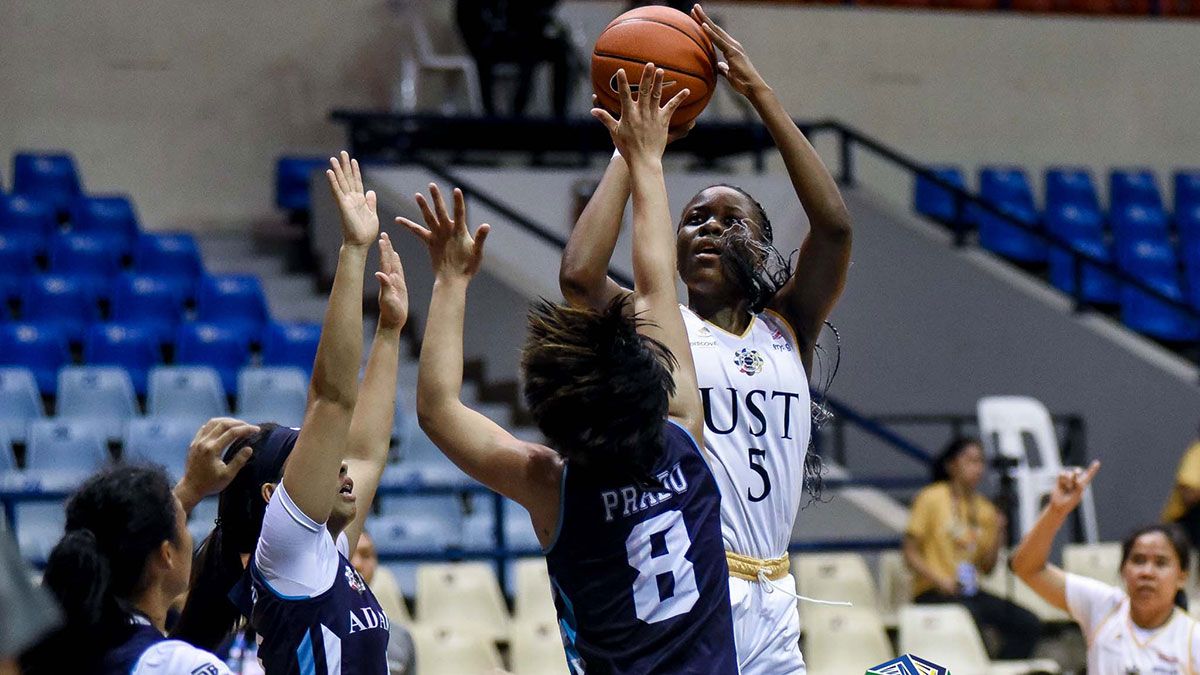 For the top-seeded Lady Bulldogs, Aquino was just happy to see his players make the necessary adjustments in this contest.

“Siguro it’s more on mental toughness lang. Yun ang ano namin, you just have to stay focused on the things you have to do. Everyone should be helping out. It should be more of a team contribution.”

Surada finished with a double-double of 10 points and 10 rebounds as Hayes and Rhena Itesi also chipped in 10 apiece.

Jack Animam filled the statsheet with eight points, 10 rebounds, three assists and three steals for the Lady Bulldogs who will target a return trip to the finals when they take on the struggling UE Lady Warriors on October 30.

Hazelle Yam paced the 4-8 Lady Eagles with 18 points and four assists as Jhaz Joson and Kat Guytingco added 14 and 13 respectively.