IT wasn't the end Jack Animam envisioned for her collegiate career, with her oceans away from her team as National University celebrated winning its sixth straight UAAP title.

Answering to the country's call left the 6-foot-2 forward grounded in Auckland, New Zealand, with doctors keeping her in the foreign land as she nursed an orbital fracture on her right eye during her stint with the Gilas Pilipinas Women's team.

But although that eye injury prevented her from being part of the Lady Bulldogs' recent conquest, Animam's teammates made sure that she's still with them in spirit.

NU dedicated the whole UAAP Season 82 women's basketball Finals to their injured captain, bringing in a cardboard cutout of her image and even placed a gold medal on its neck as it dispatched University of Santo Tomas, 66-54 on Saturday to cap off its sixth perfect season.

"It’s so sad talaga without Jack. Sabi ko lang sa sarili ko at sabi ko lang sa kanila, 'Let’s not take away what Jack missed. Let’s give this to Jack.'," said coach Pat Aquino, who wore a special championship shirt bearing an animated image of Animam that only he had. 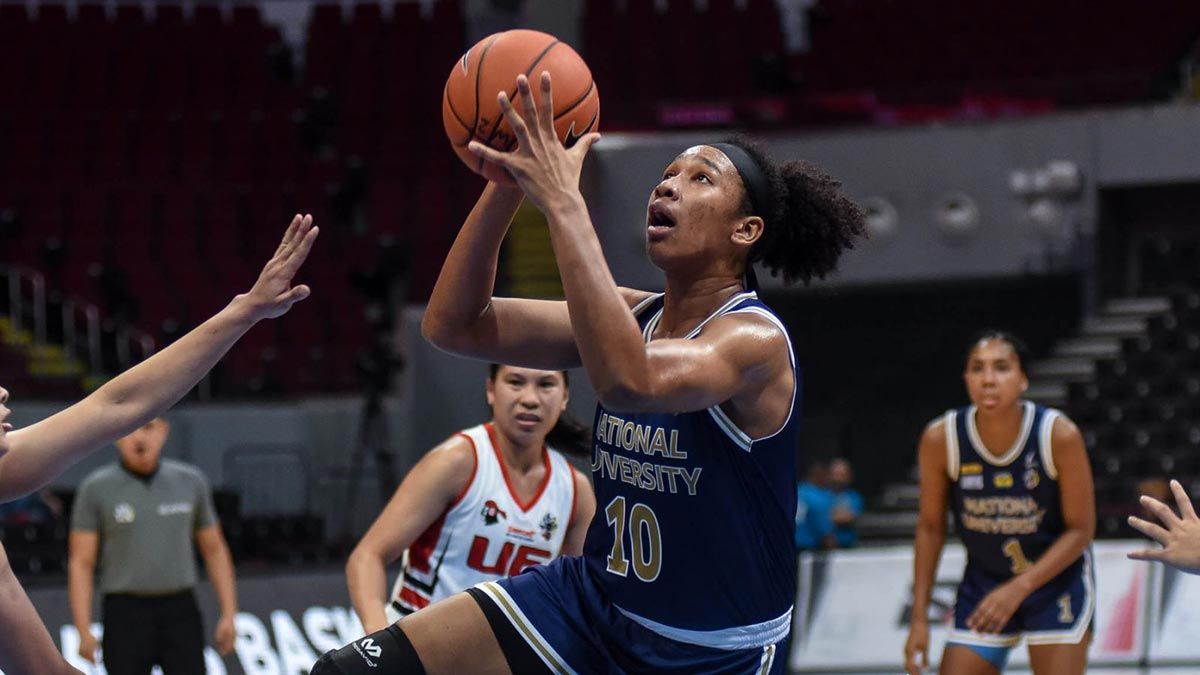 Despite the absence of the Mythical Team member, the whole team picked up the cudgels in leading the Lady Bulldogs rewrite history with this 96th straight win that delivered a sixth consecutive title in the women's division.

It was Kelli Hayes who filled the shoes of Animam in NU's 70-65 Game One win over UST, firing 16 points, four rebounds, two steals, an assist, and a block.

Those performances only brought a smile on the face of Aquino, and surely Animam herself.

"Thankful ako sa seniors ko, and syempre to all the players that have been playing this season," said the decorated mentor. "Sobrang thankful ako sa kanila and I'm just happy. Sobra."