MAPUA'S Joseph Eriobu was reduced to tears while taking his free throws with 3.4 ticks left in a game against Perpetual on Friday.

Moments earlier, Eriobu got a tough-lashing from head coach Atoy co and assistant Ed Cordero for holding on to the ball too long after securing the rebound off Allwell Oraeme's missed free throw.

Instead of passing off to an open CJ Isit that would've enabled Mapua to waste the remaining time away, Eriobu hugged the ball for a few seconds before being fouled by Perpetual's Daryl Singontiko.

Fortunately for the Cardinals, the teary-eyed Fil-Nigerian regained his composure and still made both pressure-packed shots to seal the Mapua's 67-63 win over the Altas in the 92nd NCAA basketball tournament.

Later Eriobu said he understood why his coaches were livid during that final sequence. 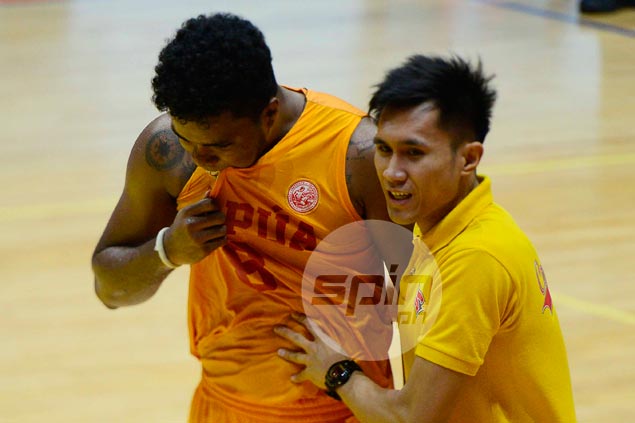 The Cardinals forward also quick to put the tongue-lashing behind him, likening his relationship to his coaches to that of father and son.

In fact, he gets fired up whenever his coaches scold him, Eriobu said.

But the emotion abruptly turned from sadness to joy for Eriobu as the Cardinals clinched the No. 3 spot heading into the playoffs.

Eriobu said he is motivated to help the team reach the finals after enduring losing seasons with Mapua since his rookie year.