MAR Prado scored a career-high 40 points as Adamson routed University of the Philippines, 83-50, on Sunday in the UAAP Season 82 women's basketball tournament at Ynares Center in Antipolo.

The fourth-year Lady Falcon shot 17 for 36 to become only the fourth player in the 40-point club.

Prado also hauled eight rebounds, dished out six assists, got four steals and had one block in 33 minutes of play, all while dealing with a sprained ankle suffered before the game.

The 23-year-old powered the Lady Falcons' pullaway after a tight first half against the Lady Maroons, leading a 20-7 third quarter assault to establish an 52-35 advantage and scoring on a lay-up with 1:02 left to stretch the lead to its final count at 33.

Rei Sanchez led UP (1-10) with 13 points, four rebounds and two assists, while Lulu Ordoveza got 10 points and seven boards.

Ateneo also weathered the storm and beat University of the East, 81-70, in overtime.

Alyssa Villamor came up big, dropping six of her 13 points in the extension as the Lady Eagles snapped their four-game losing streak.

"I like how our seniors fought back. Villamor didn't play much in the fourth quarter, but when she came back, she used that opportunity to show why she's a starter throughout this season," said coach Kat Quimpo. 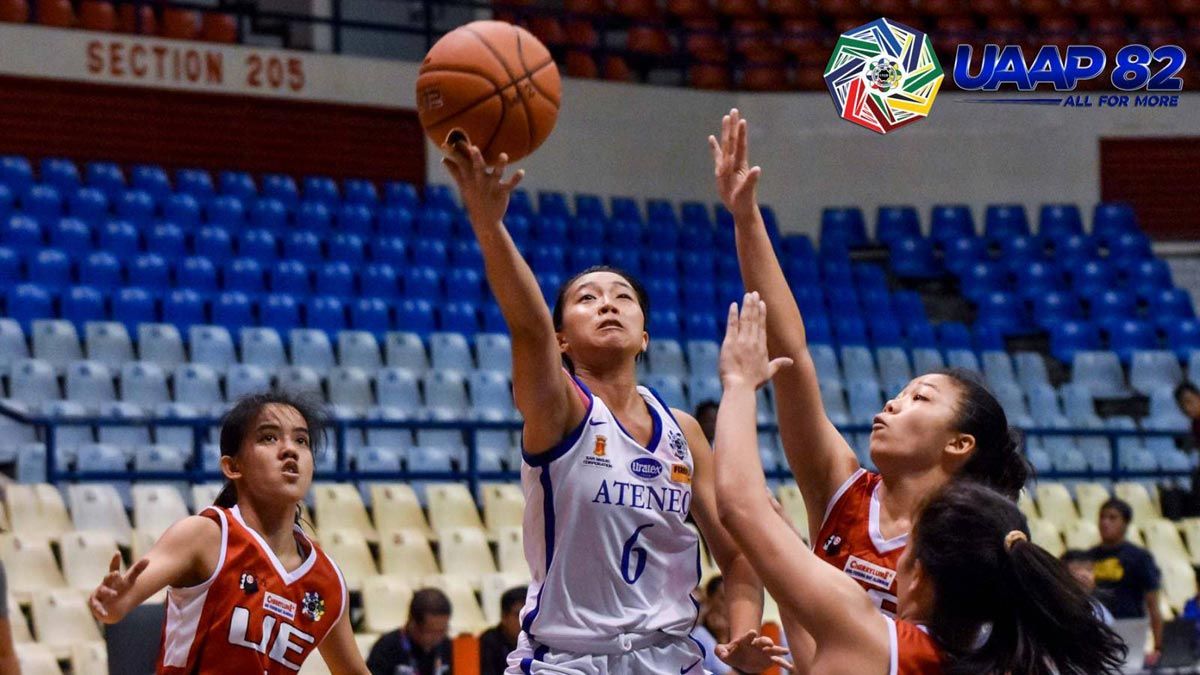 Zoe Chu added 11 points, five rebounds and three steals, while Kat Guytingco braved through a cut on her left knee to pour 10 points and five boards.

But the Lady Eagles were quick to respond, getting back as Yam knotted the game at 67 with a split from the line with 26.4 ticks left. Jhaz Joson forced a stop, drawing an offensive foul on Jearzy Ganade, but Guytingco wasn't able to score the winner as the game went to overtime.

Ateneo rode that momentum in the extra frame, scoring the first eight points as it outscored UE, 14-3.

"I like how the players fought until the end, especially in overtime," said Quimpo. "It's good to know that we still have fighters heading to the next season."

Unfortunately, Ateneo's 4-8 mark won't cut it as it joins UE and UP as the early casualties of the women's tournament.

It was a bitter defeat for UE, which suffered its seventh straight loss to stay at the cellar at 1-11.