ANTIPOLO -- La Salle scored a huge 63-46 win over Adamson to even its record in the UAAP Season 82 women's basketball tournament Saturday at Ynares Center here.

Kent Pastrana poured 11 points, 10 rebounds, and two assists, while Lee Sario had 10 points and two boards to help the Lady Archers' early attack to slowly create space against the Lady Falcons before grabbing a 33-23 lead at the half.

It didn't take long before the rest of the squad followed suit as La Salle outscored Adamson, 20-9 in the third quarter to build a 53-32 lead as it ballooned to as high as 26 points in the payoff period.

"We had a good start, that's why we had the rhythm throughout the game," said coach Cholo Villanueva as the Lady Archers improved to a 3-3 card.

Lhyn Bilbao scored 14 points and nine rebounds to topscore for the Lady Falcons, which sunk to a 3-2 card. 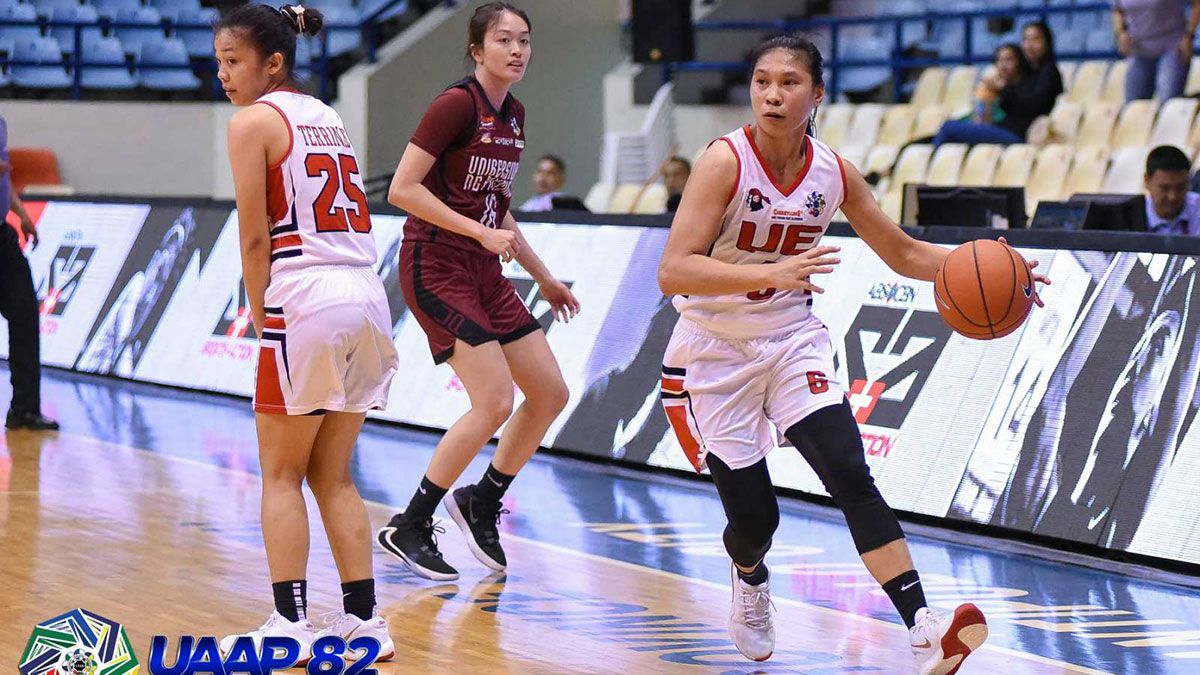 Queen Ordas completed the and-one play that gave the Lady Warriors a 66-63 lead with 1:43 remaining.

The Lady Maroons could not cash in their succeeding possessions, opening the chance for Princess Pedregosa to build UE a five-point cushion, 68-63, in the last 11.6 seconds.

UP still had a chance to stay in the game after Pesky Pesquera's late triple, but time just wasn't on its side as it incurred its 35th straight defeat.

Tin Cortizano anchored UE with 19 points, seven rebounds, two assists, one steal, and one block, Nins Cuadero got herself 14 points and nine boards, and Pedregosa notched 13 points and 10 rebounds.

Ordas chipped in nine points and 11 boards, while Jearzy Ganade showed tremendous poise with her nine points, 12 assists, and five rebounds to improve to a 1-4 record.

Pesquera led UP (0-5) with 22 points on a 4-of-7 shooting from threes, as well as 10 rebounds and four assists, while Stiff Larrosa got 16 points, four boards, and two dimes in the defeat.