For a team that once lost games by 120 points, Mapua Red Robins find success so much sweeter

THE Mapua Red Robins and their supporters gathered around centercourt for the traditional championship photo op, all smiles as they proudly displayed their gleaming trophy.

But theirs is no ordinary success story.

Just eight years ago, these Red Robins were the laughing stock of the NCAA juniors division and it was understandable why. They routinely lost games by margins of 100 points and, coach Randy Alcantara remembers, there was one match when they lost by 120 points to a La Salle Greenhills team led by former UP Maroon Mikee Reyes and former Green Archer Martin Reyes.

“Tambak ka na ng isang daan, tina-trap ka pa," said Alcantara recalled of that fateful 2008 season, where, he said, their lowest losing margin, against Perpetual, was more than the days in a month at 40 points.

The team, of course, wasn't always this bad. The Red Robins were in face once the most successful high school programs in the NCAA with 18 championships in the country’s oldest collegiate league. But the juniors basketball program was discontinued following the closure of the Mapua High School campus in Avenida, Manila in 2005.

It was only in 2008, when the school hosted the NCAA, when the Red Robins were reincarnated two years following the establishment of Mapua’s new high school campus, the Malayan High School of Science in Pandacan, Manila.

Alcantara, a member of the back-to-back champion Cardinals seniors squad in 1990 and 1991 and a former PBA player, was entrusted with bringing the program back to life.

Mapua didn’t have the materials to match up against the best high school players in the country from San Sebastian, San Beda, and Letran. At that time, the Red Robins’ top players were National University cager J-Jay Alejandro and San Sebastian player Ian Valdez while the rest of the players were recruited from high school intramurals.

But the Malayan high school stayed patient and with the support of the school’s new management under the Yuchengco group, the Red Robins were able to recruit blue-chip players from the entire country. 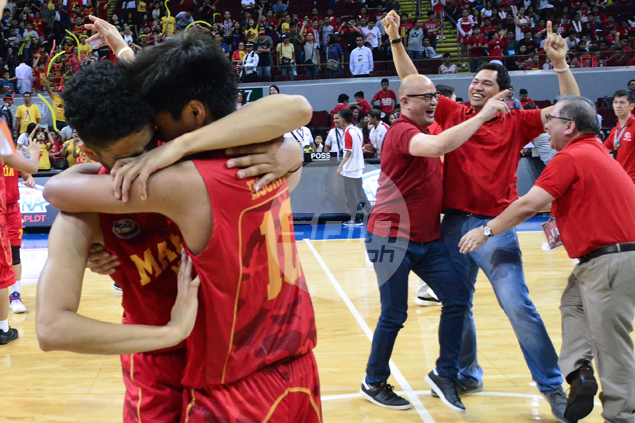 From a winless season, Mapua won five games the following year until the Red Robins reached the finals in 2014. Growing pains hindered Mapua’s road to its first championship as the Red Robins waited two more seasons before taking their first-ever crown in the NCAA.

The glorious moment came on Friday, where they beat the eight-peat-seeking Red Cubs, 84-67.

A far cry from that old team in 2008, the Red Robins had a deep bench. Despite the absence of injured players Michael Enriquez and Sherwin Concepcion, six players led by Brian Lacap and Clint Escamis scored in double figures with Bryan Samudio winning the Finals MVP honors.

The hardship only made the championship so much sweeter. 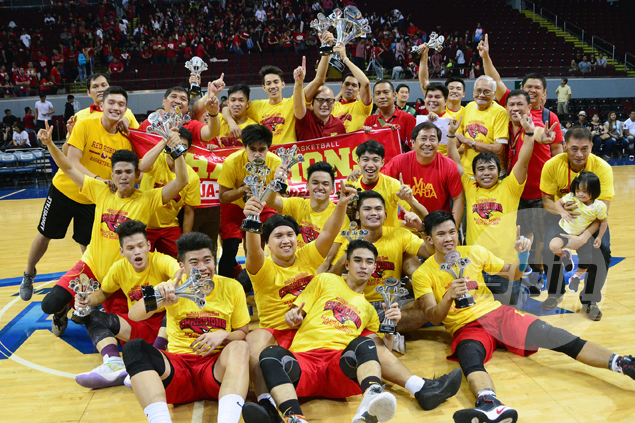