FEU eliminates Adamson to advance to UAAP women's semis showdown with No. 2 UST

CHOY Bahuyan came up big for Far Eastern University in the clutch to take the 79-73 victory over Adamson Sunday at Smart Araneta Coliseum and advance to the UAAP Season 82 women's basketball stepladder semis.

The graduating guard scored all 11 of her points in the fourth quarter, to go with 13 rebounds, four assists and two steals.

With the Lady Tamaraws holding on to a 75-73 lead in the final 20 seconds, Bahuyan drilled the game-sealing baseline jumper with 14.0 seconds left to extend the lead to four, 77-73, before snagging the crucial steal from an inbounds pass from Gerl Anticamara on the other end. 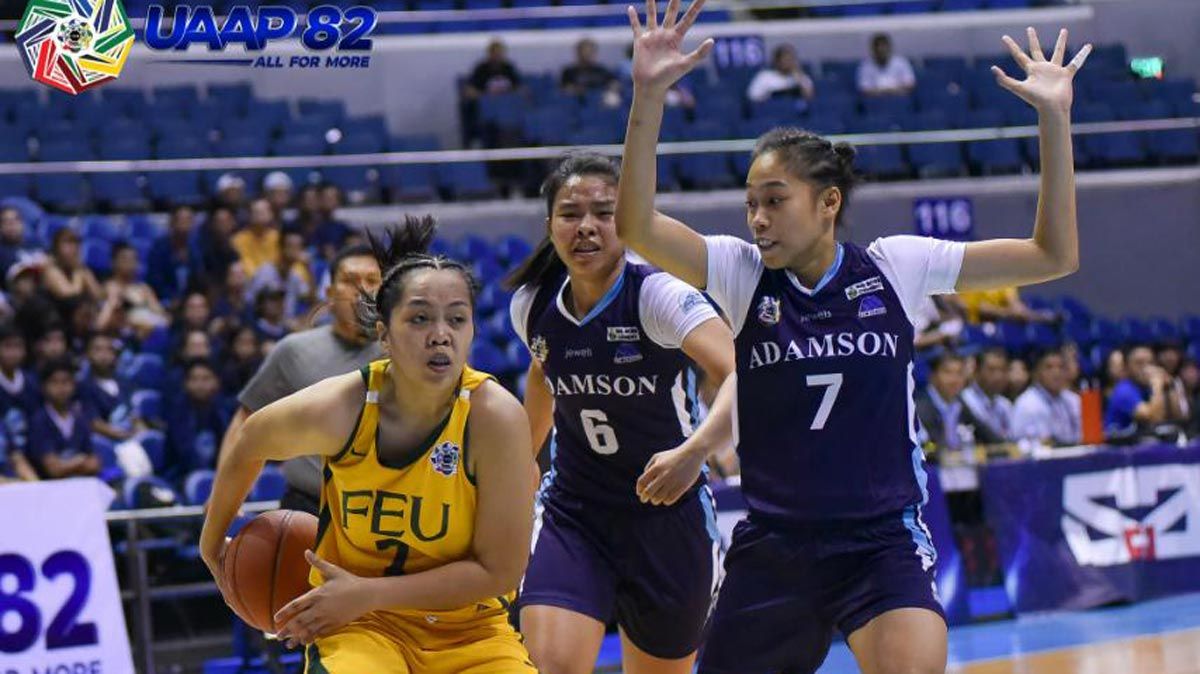 Fatima Quiapo had 15 points, 12 rebounds, six assists and two steals as FEU set a date with second-seed University of Santo Tomas, armed with the twice-to-beat advantage in the stepladder semis which starts on Wednesday.

It was a valiant effort on the part of Mar Prado, who led No. 3 Adamson with her game-high 34 points and 10 rebounds.