THE match between Mapua and Emilio Aguinaldo College on Friday brought back memories of one the darkest episodes in recent NCAA history.

But for the man at the center of the controversy, CJ Isit said he has since moved on and put behind the experience a year ago when a punching incident involving him and John Tayongtong sparked a bench-clearing brawl between the Cardinals and the Generals.

Isit was at the receiving end of Tayongtong’s sucker punch during the no-bearing game between the two teams last September 22.

Looking back now, the Mapua stalwart said everything has been forgiven and forgotten, more so after the man responsible for hitting him had already personally apologized to him.

Isit disclosed Tayongtong made the apology sometime in December after the two met over lunch.

“We were able to arrange a little get-together in which we ate, talked to me, and apologized,” Isit disclosed to Spin.ph shortly after the Cardinals whipped the Generals, 101-72, in the first-ever meeting between the two schools since the punching incident.

It was Tayongtong who instigated last year’s scuffle when he shoved Isit to the floor. Mapua’s Leo Gabo stepped in and pushed away Tayongtong from a fallen Isit.

But as Isit stood up and stepped in to separate the two, he was met by a solid Tayongtong punch, igniting a bench-clearing melee among the players and staff of the two teams that was one of the worst seen of late in the country's oldest collegiate league.

The game was later abandoned with Mapua the game, 86-77.

Video of ‘The Punch’ can still be viewed on YouTube.

But Isit said he has forgiven Tayongtong following his apology. The former EAC player, according to Isit, even wrote an apology letter to his mother, who watched the events unfold from ringside.

“He wrote a personal apology letter for my mother. She was able to watch just one game,” said Isit.

“Bygones be bygones,” he added.

The 24-year-old guard said he was happy with Tayongtong’s gesture.

“I definitely felt relieved,” Isit said. “I just want an apology. I’m the type of person who let what happens on the court stay on the court. It’s just a game of basketball. I’m just thankful that he apologized.”

Isit said the win over the Generals was huge for him and the team, since the Cardinals are coming off a slump.

“There was a chip on my shoulder. This is a big game for us not because of what happened last year. It’s because we were coming off back-to-back losses,” he said.

Isit said he has yet to get a chance to once again meet Tayongtong, who, incidentally, was at ringside to watch his former team. 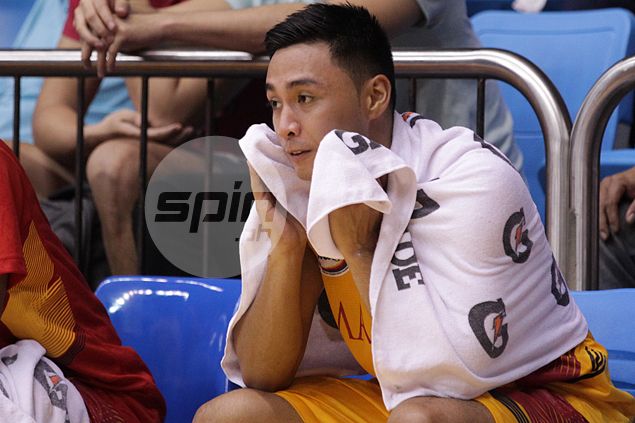