A RELATIVE of Jose Rizal University high school player Carl Jimwell ‘CJ’ Servillon on Monday said he hopes his death will serve as a lesson for organizers not to be negligent on emergency medical services during tournaments.

In an interview with Spin.ph, Servillon's grandfather, Severo Servillon Sr., said he felt organizers of a preseason tournament did not have the necessary medical services on standby when the Light Bombers player collapsed in a match against De La Salle Zobel on Friday morning at The Arena in San Juan.

Servillon died on Sunday night. He was 17.

“Mabuti nandyan kayo (media) para kung sakaling may ganyan, hindi na maulit,” the elder Servillon told Spin.ph on Monday during the wake of his grandson in their residence in Mandaluyong City. “Palaro naman ito, siguro may bayad (entrance fee), may obligasyon kayo from the moment na nagwa-warm up."

Although he was not in the venue when it happened, Servillon said information relayed to him by the JRU coaching staff showed it took 30 minutes for his grandson to be taken from the San Juan arena to Cardinal Santos Medical Center due to the absence of a driver that will take him to the hospital.

A source confirmed that although there was an ambulance on standby at the venue, there was no available driver. The ambulance also didn't have the needed emergency equipment like a breathing apparatus, he added.

Servillon said the family was informed by doctors that the delay affected his grandson’s chance of survival. 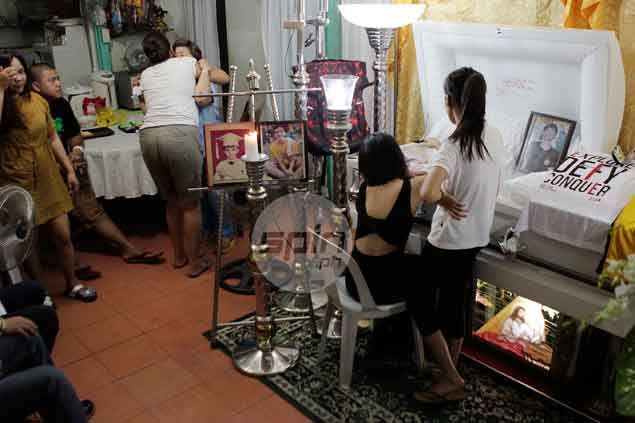 The exact cause of death has yet to be explained in detail to the family.

It was actually the second time that Servillon collapsed in a basketball game. The first incident happened when he played a game near his home a few weeks earlier.

But the elder Servillon said diligence should have been made by tournament organizers.

As of posting time, organizers could not be contacted for comment.