A COMPLETE Mapua crew tries to get back on the winning track when it tangles with Letran on Monday in the 88th NCAA men’s basketball tournament at The Arena in San Juan.

The Cardinals (2-2), who lost to Lyceum, 76-72, last Thursday, will be boosted by the addition of Gab Banal, Joseph Eriobu, Jessie Saitanan, and Mark Brana as they face the slumping Knights at 6 p.m. 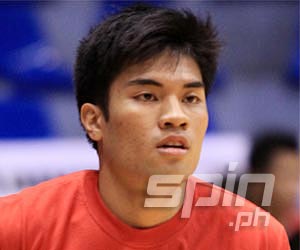 The four prized rookies are expected to finally suit up after being barred by the league from seeing action in the Cardinals’ first four games due to a residency technicality.

Without the four freshmen, Cardinals coach Chito Victolero had been forced to rely heavily on his starters, some of whom suffered late-game cramps that cost them games.

Mike Parala, though, seemed to benefit from the extensive playing time as the veteran big man has been delivering for the Cardinals so far. He is coming off a 27-point, 14-rebound performance against the Pirates.

But a complete roster will now give Victolero more options.

Victolero, however, remains wary of the 1-3 Knights, who are also expected to be boosted by the return of Raymond Almazan and Jam Cortes.

Almazan, who is back from a fever, and Cortes, back after a one-game suspension for a flagrant foul in Letran’s 67-77 defeat by Arellano last week, will try to help the Knights recover from three straight losses.

“Almazan will give us tough looks,” Victolero said.

Kevin Racal has been stepping up in the absence of the Knights’ top big men, with the versatile swingman carrying most of the team’s load along with Kevin Alas.

In the first game at 4 o’clock, San Beda also hopes to bounce back from a loss as it takes on College of St. Benilde.

The San Beda Red Cubs face the St. Benilde Greenies at 12 p.m. and the Mapua Red Robins face off with the Letran Squires at 2 p.m.