BLUE-CHIP prospect Joshua Andrei Caracut remains undecided on where to go for college.

The San Beda high school star boosted his stock by ending his juniors career with a bang, earning NCAA Finals MVP honors while leading the Red Cubs to a sixth successive title at the expense of Mapua.

But the 5-foot-10 Caracut said he has not made any decision as far as his college career is concerned, adding he still has to discuss his future with his parents.

Caracut, though, mentioned that his alma mater and squads in the NCAA’s rival league UAAP are his priorities.

The national youth team standout was quick to add that playing time and education are some of the considerations that will factor into his decision. 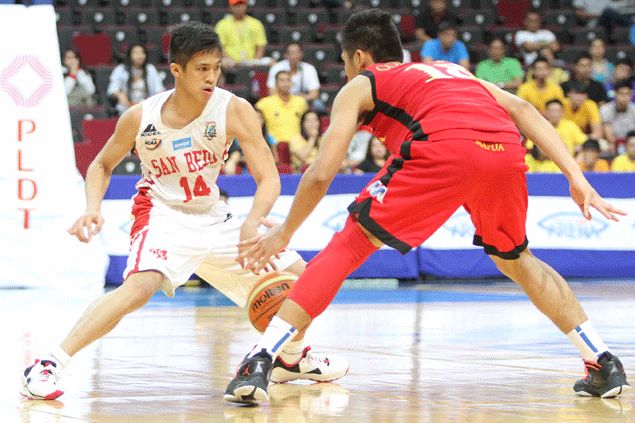 It remains to be seen if he will have playing time with San Beda’s seniors’ team. Even if starter Baser Amer decides to forego his final year, the Lions still have a handful of playmakers left in Ryusei Koga, Roldan Sara, and Radge Tongco.

With the graduation of Arvin Tolentino, Rev Diputado, Tongco, and Javee Mocon, Caracut became the Red Cubs’ full-fledged star this season, averaging a team-leading 14.7 points to go with 5.4 rebounds, and 3.7 assists in 26.3 minutes in the elimination round.

After contributing just four points on 1-of-5 shooting, four rebounds, and three assists in 13 minutes in Game One of the Finals that resulted in a San Beda loss, Caracut proved his worth in the next two games.

The unflappable playmaker saved his best in the clincher, exploding for a career-high 30 markers, along with nine rebounds and one assist in 39 minutes to spearhead the Cubs in the overtime win.