[Third of a series]

MAPUA coach Atoy Co said there is now way to go but up for his team that finished last a year ago.

Co has reason to be optimistic ahead of the NCAA season after the return of veterand Josan Nimes, Mark Brana and Andretti Stevens and the arrival of defense-minded African import in Allwell Oraeme to.

"This team will be stronger than last year so I'm a little optimistic of our chance this season," said Co ahead of the June 27 start of the country's oldest collegiate league at the Mall of Asia Arena in Pasay City.

Nimes and Stevens were scracthed from the roster last year due to various injuries while Brana had to forego last season due to academic problems. Now the three are eager to make up for lost time.

Nimes should provide the offense that was left wanting for Mapua last year, Stevens the added defensive punch from the backcourt and the jump-shooting Brana some needed muscle inside.

Oraeme, for his part, should provide what the Cardinals lacked in past seasons - an intimidating defensive presence who could match up well against the likes of San Beda's Nigerian behemoth Ola Adeogun.

And Oraeme was quick to display what he can do with an impressive performance in the preseason.

The four will reinforce a team that already includes CJ Isit, Exeqiel Biteng, Raphael Layug and Justin Serrano, who should be better with another season behind them.

A victory in a tournament in Cebu should add to the Cardinals' confidence.

"We've learned a lot from the preseason and we did well in some of the tournaments we've participated," said Co, who is hoping to steer the school to its first title in 24 years.

"The only problem we're seeing is how well we could adjust as the long season progresses. If we could adjust well, we have a strong chance this year," the PBA legend added. 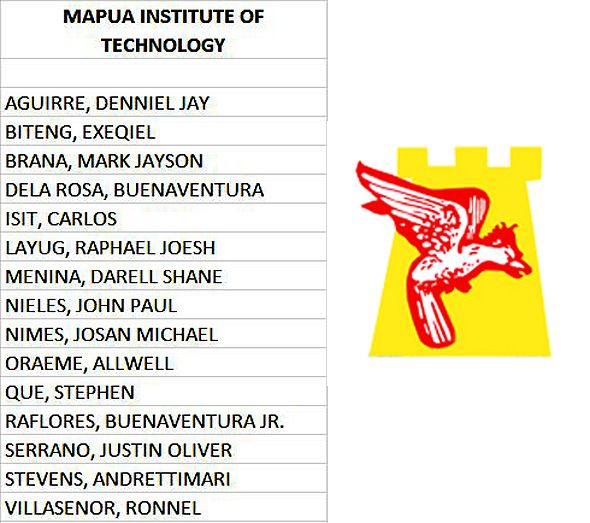