And the Lady Falcons needed the heroics of Mar Prado to punch their ticket to the next round.

With 14.3 seconds left, Prado was fouled by Bea Dalisay that sent her to the stripe. The 23-year-old forward split her charities to give Adamson the lead.

Off a timeout, La Salle tried to set up a play but could not get a shot up due to Adamson's stingy defense.

Prado scored 11 of her game-high 26 points in the final frame. She also had 11 rebounds, four assists, and three steals.

Lhyn Bilbao added 19 points on 7-of-11 shooting, while Kat Araja glued things together with 11 points and 11 assists.

Adamson will face Far Eastern University in a knockout match on Wednesday, November 6.

La Salle, on the other hand, bowed out of the tournament with a 7-7 slate. 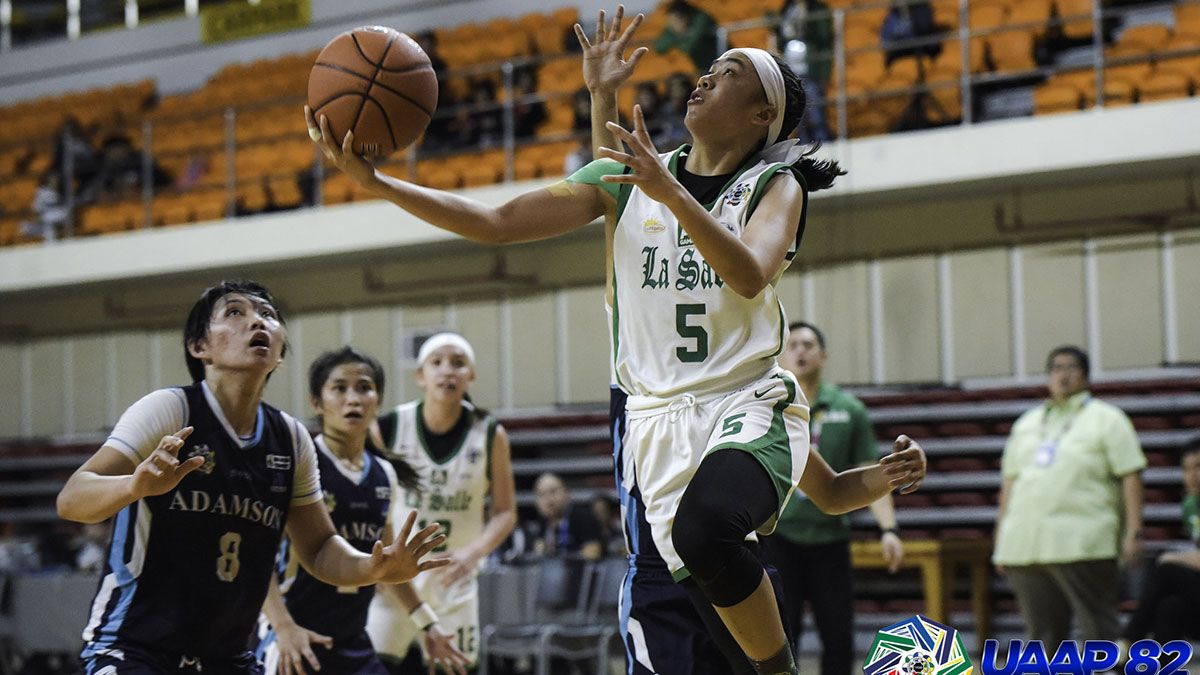 Benette Revillosa and Vea Malarde took the floor for the last time for the Lady Archers.

Meanwhile, Ateneo leaned on its graduating seniors to take a 62-46 wire-to-wire win over the hapless University of the Philippines.

Katrina Guytingco and Alyssa Villamor led the way for one last time as the seniors both had 16 points. The former hauled down 10 rebounds while the latter scattered seven rebounds, three assists, and three steals.

"They really wanted to give their best since this is their last game. But not just Kat, everybody wanted to play well," said coach Kat Quimpo.

"We weren't really gunning for anything aside from just ending everything and leaving each other on a really good note."

Ateneo ended its campaign at sixth with a 5-9 slate, while UP capped off its season with its 1-13 slate.

Pat Pesquera had 19 points, 12 rebounds, two assists, and a steal in her final game for the Lady Maroons, as rookie Rei Sanchez added 10 points and 16 rebounds.