Why are other leagues starting and the UAAP isn't? Officials explain

WHILE some collegiate leagues like the NCAA are already preparing for an extraordinary season, the UAAP remains dormant 14 months since a league game were played.

But if the seeming inaction feels frustrating for some fans, the league brass reiterated that at the end of the day, the overall safety of student athletes remains the biggest priority in the decision-making process on when to resume.

"Remember that unlike the PBA, which is a professional league where the players play for pay and that is their livelihood, for student-athletes, athletics is just a part of their whole student life," UAAP president Nonong Calanog of host La Salle said on UAAP Talk on Monday.

"Therefore, trying to force a season when we don't even have our students doing face-to-face [classes] might be misconstrued as putting priorities where it should not be."

It could be seen as a conservative move on the part of the UAAP, but a step the league took rather than doling out false hopes for the tournament's resumption given the uncertainty brought about by the COVID-19 pandemic.

"As much as possible, we really wanted Season 82 to push through. We were listening to the science, adjusting to the IATF protocols, kasi the lazy answer would have been to easily cancel na natin ang Season 82 para wala na tayong problema.

"But we were studying and adjusting to the times, and the same was true with Season 83 where we had all sorts of different scenarios, Plans A, B, C, D, and E, all according to science, of course, and it can be done." 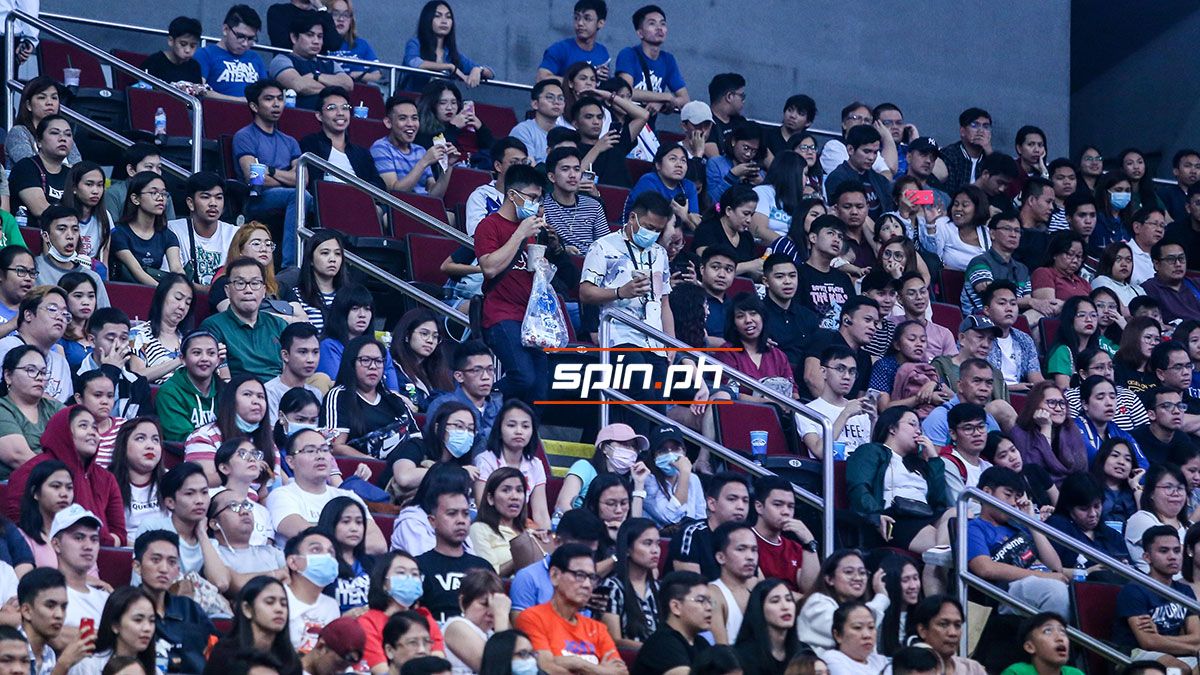 Calanog bared that the UAAP hoped to start Season 83 last April, before a spike in COVID-19 cases forced the government to once again impose an enhanced community quarantine (ECQ) in NCR+ derailed those plans anew.

"We were actually planning to open Season 83 after Holy Week, which was about April 4. But remember, the government brought back ECQ the week before Holy Week," said the soft-spoken executive.

As feasible as some of those scenarios were, the UAAP Board of Trustees (BOT) opted to err on the side of caution knowing the tenuous situation the league will find itself in the event of any infection among student athletes.

"I guess it was providential that we actually canceled the season because we could have actually encountered a bigger problem if we were preparing for something like that," said Calanog.

"And then, ECQ comes in again, not just all the logistical problems but also, having our athletes expect that they were playing and then just to be canceled again. So those are things that have been considered in the past year," he added.

Saguisag continued: "On the perspective of the BOT, we're ultimately going to be responsible for each and every life of the student-athletes. Remember, this is not just men's basketball and women's volleyball.

"There are about 500 student-athletes per school and that's about 4,000 lives. So ultimately, the schools are accountable, responsible, and they are liable ultimately for each and every life of those student-athletes."

"Conservative na kung conservative, but in hindsight, [the BOT] actually made the right call. Tama na mag-cancel. Imagine if we opened right after the Holy Week, yun pala kasagsagan ng ECQ. Imagine what could have happened."

The wait continues but officials hope it won't be that long especially with the vaccines being rolled out to the public.

La Salle will still be given the mantle to host Season 84, but until then, safety comes first.

"The safety was of paramount importance," said Calanog. "In the end, we tried to come up with some things that we could do, even if in case at that time, a situation where no tournament would be possible. But this is where we are now."

"Safety first, especially when it comes to the lives of our student-athletes, emphasis on student," ended Saguisag.