BRENT Paraiso finished what he started, nailing the game-clinching free throws as University of Santo Tomas held off Far Eastern University, 81-71, on Wednesday to march on in the stepladder semifinals of the UAAP Season 82 men's basketball tournament.

The sweet-shooting Growling Tiger buried the crucial free throws with 17.0 seconds as he finished with 18 points on a scintillating 5-of-9 clip from downtown, helping UST weather a fiery FEU rally that almost razed a 26-point deficit.

MVP-in-waiting Soulemane Chabi Yo also dominated the paint with his 25 points, 10 rebounds, and three assists as UST advanced to meet second-seed University of the Philippines on Sunday, also at the Smart Araneta Coliseum.

The Fighting Maroons are armed with a twice-to-beat advantage in the face-off for the right to meet unbeaten Ateneo in the best-of-three finals. 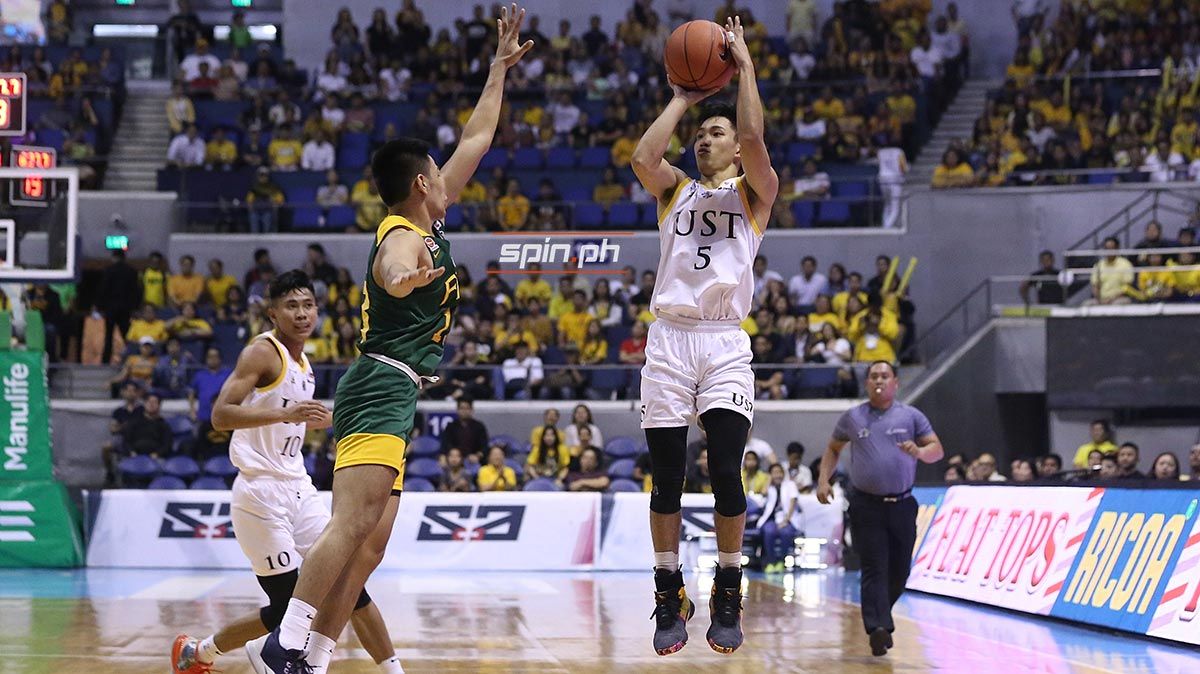 Paraiso stood at the forefront as UST made four of its first five three-pointers to take a 15-4 lead, setting the tone for the game.

The threes continued to fall for the Growling Tigers who went 9-of-22 from deep in the first half to take a 54-28 halftime lead. They still led by 26 points, 57-31, after another Paraiso trey in the third quarter.

The Tamaraws, however, fought back behind L-Jay Gonzales and Wendell Comboy, whose three-point play got FEU within five, 70-65 with 6:37 remaining.

Renzo Subido came to UST's rescue, hitting crucial buckets including the triple that put the Espana crew up by 13, 78-65, with 1:28 remaining.

Subido finished with 14 points while shooting 4-of-12 from beyond the arc, to go with five boards, and three assists. The Tigers shot 31-percent from threes.

Tuffin paced FEU with 20 points on a 5-of-10 shooting, to go with five rebounds. Gonzales added 11 points, nine assists, and three boards, but battled cramps in the crucial moments of the game.

Hubert Cani scored all of his 10 points in the third quarter, while Barkley Ebona had nine points and seven rebounds before seeing his collegiate career end at the 1:19 mark of the second quarter for incurring a pair of unsportsmanlike fouls.