OH, how much change a year makes.

This time last year, University of Santo Tomas looked like the world beaters that they were supposed to be.

Reeling from a runner-up finish in UAAP Season 82 against Ateneo, the Growling Tigers wasted no time in getting back to the grind, plunging back to action in the 2020 PBA D-League Aspirants' Cup.

Under the banner of Builders Warehouse-UST, the España-based crew came in as one of the favorites in the first conference, joining the likes a loaded Marinerong Pilipino crew and the debuting EcoOil-La Salle.

And they proved just that from the get-go, cruising to two dominant victories to put the other teams in the developmental ranks on notice.

The second victory, a 106-93 trouncing of Diliman College, came on a sleepy afternoon at Paco Arena, with UAAP MVP Soulemane Chabi Yo leading the charge with 24 points, nine rebounds, and two blocks.

UST once again flaunted its firepower, going 12-of-36 from downtown as coach Aldin Ayo continued to tinker with his roster.

In that game, Dave Ando tallied a double-double with 14 points and 11 rebounds, Rhenz Abando shot 13 points built on three treys, and Deo Cuajao had 11 in the win. 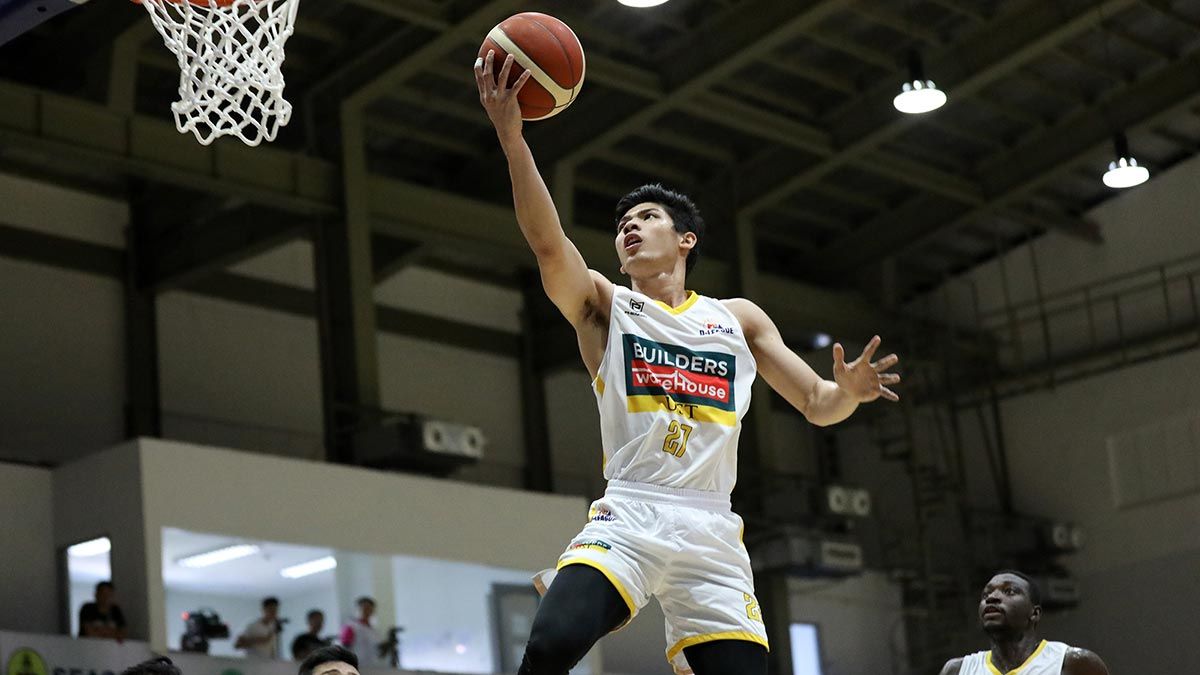 Who would have thought that exactly a year later and the Growling Tigers barely resemble that killer crew?

With the COVID-19 pandemic forcing the PBA to close shop, March 9, 2020 turned out to be the final day everyone saw collegiate basketball played.

Controversies soon arose from the team's Sorsogon sojourn that put what was once a promising team of the future down on its knees.

Only five of the 14 players which saw action in that 13-point win remain with UST, led by Chabi Yo, Ando, and Concepcion.

Zach Huang has already graduated from the Growling Tigers, while a bevy of their marquee players departed for rival schools in the wake of the issue.

Cansino, the team's captain, was the first to flee for University of the Philippines, before Jun Asuncion went to Mapua. Abando, Paraiso, and Ira Bataller soon went to Letran, while Nonoy and Cuajao moved to La Salle.

Even some of the team's recruits, notably homegrown star Bismarck Lina who was supposed to play for that PBA D-League squad, changed addresses and jumped to UP.

Ayo, of course, was eventually slapped with the indefinite ban from the UAAP Board as his former deputy Jinino Manansala replaced him in the post.

It was supposed to be UST's team of the future, one that should have kept them in contention for championships many times over in the coming seasons.

Instead, we will always look at it with enormous what ifs, knowing all too well the potential it possessed and its eventual fall from grace.