ARE the University of Santo Tomas Growling Tigers turning into the Philippine college basketball scene's version of the Houston Rockets?

It appears the boys from Espana have torn a page off the trigger-happy NBA team's playbook in the early goings of its campaign in the 2019 PBA D-League as they haven't been shy in stroking it up from the outside.

That was the case again on Thursday when the Growling Tigers gave everyone the green light to shoot and, in the process, went 19-of-44 from deep in taking down erstwhile unbeaten Cignal-Ateneo, 112-98.

It was the third straight victory for UST, but coach Aldin Ayo said there's really nothing special with the way his side approaches the game.

This being the preseason, the coaching staff's focus is on improving the players' skills, Ayo said.

"If there's one thing na pwede naming mai-credit, it's how we practice eh," he said. "Our practice plan, naka-focus kami parati sa skills. It's the preseason, so it's all about making the players better, mag-improve kami in terms of our skillset at kasama na dun yung maka-establish kami ng chemistry together with yung system namin." 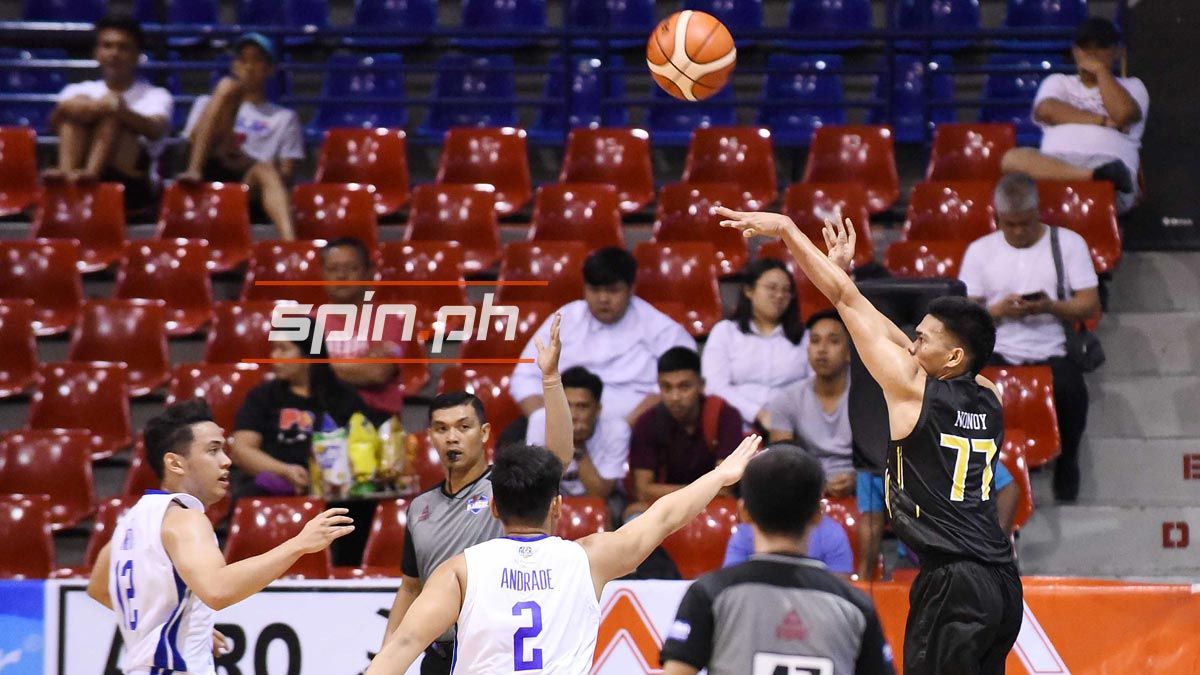 "We've been practicing four to five hours every day, nag-twice a day pa kami. We really invested on it and grabe ang sacrifice namin. So kung ano ang pinapakita namin sa games, yun is because of our preparation talaga," he said.

That rigid training has new guys like Mark Nonoy and Rhenz Abando quickly gaining confidence as they enjoy the freedom to shoot from Ayo.

So far, the Growling Tigers have taken full advantage of that freedom.

Against the Blue Eagles, Abando made six of his nine shots from downtown to score 21 points. Nonoy shot 3-of-10 from threes to finish with a team-best 23 points. Subido went 5-of-8 from rainbow country for all of his 15 points. Brent Paraiso was a perfect 2-for-2 from long distance, while Marvin Lee only made one of his seven attempts from downtown but heard no complaints from Ayo.

It also helps that UST now has a reliable force inside in Beninese forward Soulemane Chabi Yo who opens up the floor for the Tigers' gunners.

"This year, it's a good thing that we have Chabi Yo, and yung mga big man namin, magagaling na din naman. That gives us an advantage na yung defense, hindi masyado naka-focus sa amin, so more open shots for us talaga," he said.

So, the question now is will the Growling Tigers come to a point where they'll heave at least 50 shots from the outside per game, much like the Rockets?

"We'll see about that," said Subido. "Whatever the opponent gives us, yun ang ite-take namin."

Nonoy was a lot more bolder.