University of Santo Tomas has stepped up and endorsed the letter of appeal of former Growling Tigers head coach Aldin Ayo to the UAAP Board of Trustees (BOT) to rescind his indefinite ban.

The Varsitarian reported that a high-ranking official who requested anonimity has backed the letter after the Sorsogon City Police and its Provincial Government cleared Ayo of any liability following the controversial Bicol bubble.

"We strongly believe that the penalty imposed by the UAAP Board is too harsh," the official was quoted.

Ayo tendered his resignation from UST in the fallout of the controversy, to which the school accepted on September 5.

Just four days later, after a thorough investigation conducted by the BOT, made up of university presidents from all eight member-schools, upon the recommendation of the Board of Managing Directors (BMD), the multi-titled coach was slapped with the ban.

Following the release of the provincial police, which deemed the players as working students who did work in Ayo's mahogany farm and piggery in Capuy, the beleaguered mentor said that he felt "vindicated" and hoped that the findings would change the tune of the BOT to lift the said suspension. 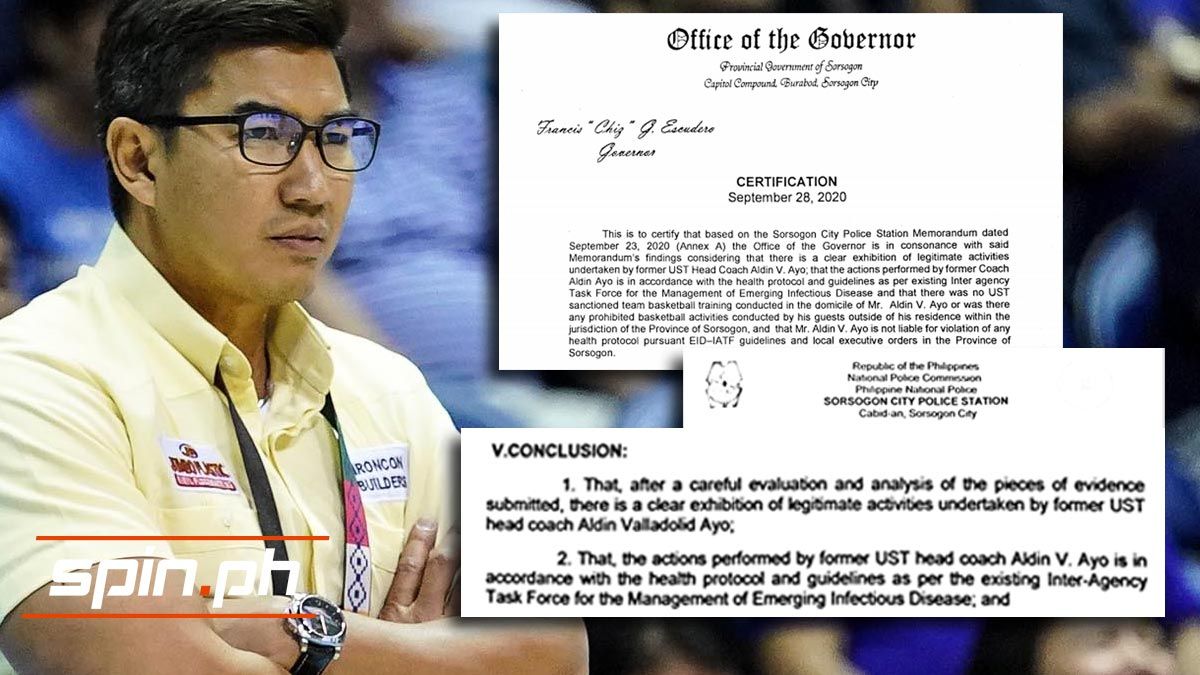 Ayo truly was a game-changer in his two years in Espana, turning a cellar-dwelling program to an immediate contender last season as UST made it to the UAAP Season 82 Finals before settling for runner-up honors to Ateneo.

Unfortunately, the core of that Growling Tigers team fell by the wayside in the heat of the controversy, with eight players who were supposed to suit up this upcoming campaign moving on to rival schools.

Although Ayo is hoping that the recent investigation would favor him in the hopeful lifting of his ban, he's not scot-free yet.

Government arms like the Commission on Higher Education (CHED), Department of Justice (DOJ), and the Department of Interior and Local Government (DILG) are still in the middle of their probes on the said issue, looking if there were indeed violations committed against the protocols released by the Inter-Agency Task Force (IATF) for Emerging Infectious Diseases and the corresponding CHED memorandums in the middle of the global COVID-19 pandemic.
___