UNIVERSITY of Santo Tomas and National University clash for a finals berth in UAAP Season 78 Final Four. The top-seeded and twice-to-beat Growling Tigers (11-3) look to end the series on Sunday, 3:30 p.m., at the Smart-Araneta Colisuem but the Bulldogs (7-7), who have overcome tremendous odds over the course of the season just to make it to the semifinals, will surely not make it easy. Spin.ph takes a deeper look at the match-up.

NU won the first game between the two schools on an Alfred Aroga basket, 55-54, last September 19, but UST gained a split of the season-series with a 65-57 victory last October 17.

Let's do the math

Both teams also lean heavily on their starters with the Tigers topping the league in that department with 56.4 points and the Bulldogs ranking fourth with 40.6. 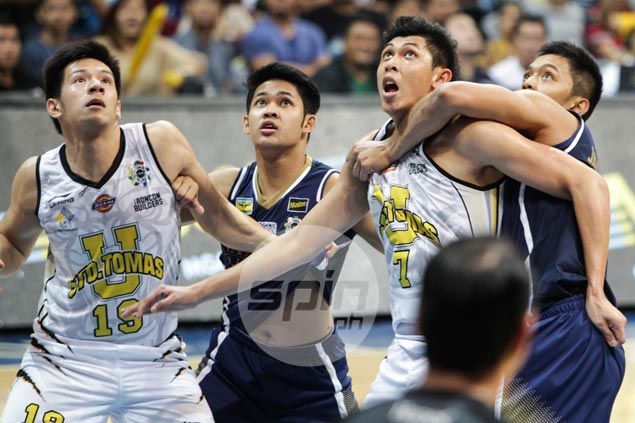 Kevin Ferrer, Karim Abdul, and Ed Daquioag starred in UST’s victory over NU in the second round, combining for 36 points, and should once again present a major headache for NU coach Eric Altamirano.

Ferrer, who placed second to Kiefer Ravena in the MVP race after posting averages of 17.9 points and 8.2 rebounds, has become difficult to contain with his improved three-point shooting while Abdul has proven he can hold his own against a younger Aroga. Daquioag is another threat to NU with his polished offensive game that earned him a spot in the Mythical Five.

Aroga played the hero’s role in NU’s slim win over UST in the first round and went on to average 16.5 points in their season series. He also has a double-double average this season of 13.2 points and 12.9 rebounds to earn a place in the Mythical Five.

Although his 20-point output in the second round match against UST went for naught, Gelo Alolino has been nothing but clutch in the past few games of NU and was instrumental in the Bulldogs’ late run to the Final Four, averaging a team-best 14.9 points per game.

While both teams, as mentioned earlier, lean a lot on their starters for production, their bench also had great moments throughout the season. Marvin Lee has been a revelation for the Tigers with his three-point shooting that nearly got him the Rookie of the Year honors while Mario Bonleon has also stepped up in several UST games. Veterans Louie Vigil and Kent Lao have also become threats especially from the perimeter.

On the other side, JJay Alejandro is finally living up to his potential in an off-the-bench role for the Bulldogs. Pao Javelona is arguably the best perimeter defender in the league right now while Kyle Neypes has become a reliable player at the frontcourt. 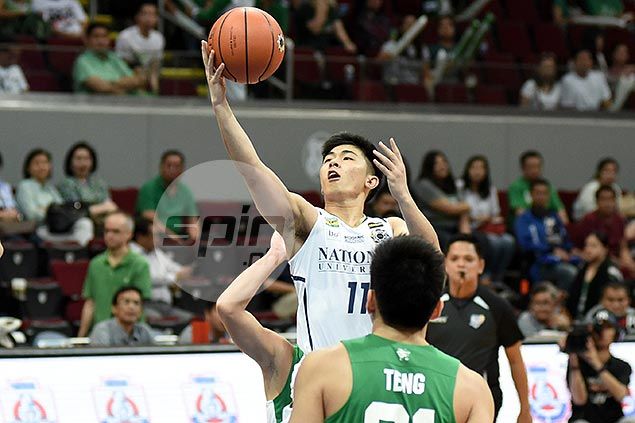 All of the top players of UST, notably Ferrer, Abdul, and Daquioag, will be playing in their final year and will definitely be determined to do whatever it takes to win the UAAP title. Aside from that, the Tigers have not won the championship since 2006.

The Bulldogs are supposed to be rebuilding this year after winning a long-overdue championship last season with a team led by Troy Rosario. That they have reached the Final Four is a tribute to the coaching skills of Eric Altamirano and the heart of a team now led by Alolino. The Bulldogs have also proven last year that anything can happen in No.1 seed vs No. 4 match-ups.

A tough series to call. We see NU taking the series to a deciding game but it will be UST, with its deeper and more experienced lineup, gaining the finals berth. But taking down NU won't be easy. 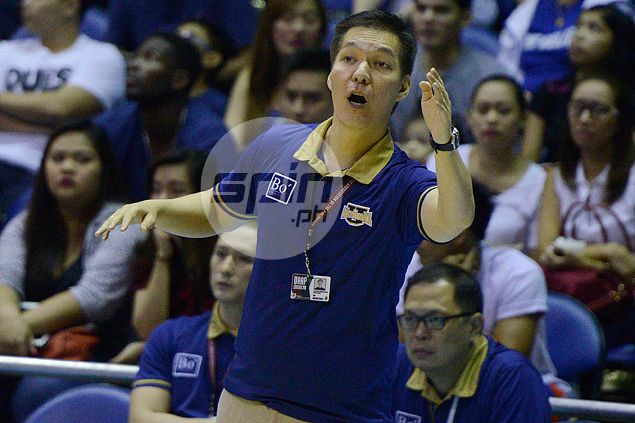