UP wants Bo Perasol to remain part of Maroons management

UNIVERSITY of the Philippines officials want Bo Perasol to remain part of the team even as he steps down as head coach.

UP College of Human Kinetics Dean Kiko Diaz expressed his gratitude for the years of service the 49-year-old mentor gave his alma mater in the past half-decade, turning the Fighting Maroons into contenders.

"Coach Bo promised to coach for another season after Season 82. After the cancellation of Season 83 and the rescheduling of Season 84, we were hopeful he would still remain as coach. Regrettably, he wants the team to have a fresh start next season under a new head coach, with all the new players now. A 'reboot,' as he said," Diaz said in a statement.

"We earnestly hope he will remain with team management to ensure the continuity of the program. We are now vetting the list submitted by coach Bo and we will make a formal announcement as soon as a decision is made by the UP Diliman Chancellor, after proper consultations with the UP community, stakeholders, supporters, and sponsors of the team." 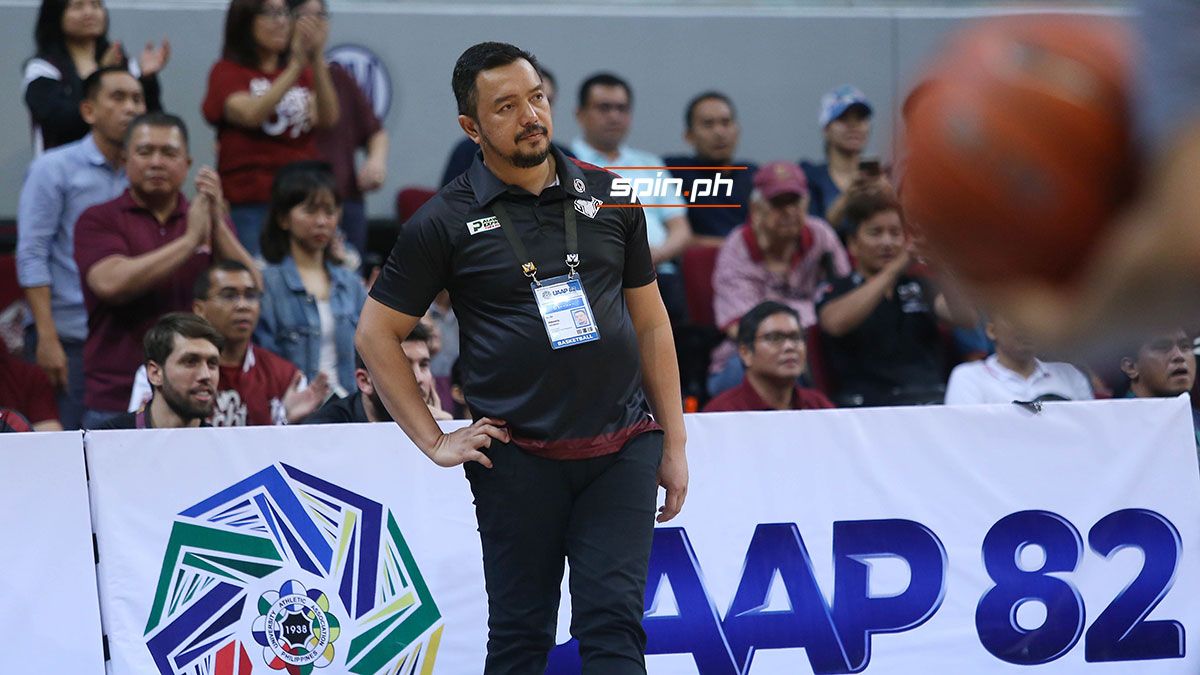 Perasol formally resigned from his position on Thursday, citing changing priorities brought upon by the COVID-19 pandemic, and signalled the end of his five-year run at the helm in UP.

Although he fell short of his goals of bringing a crown back to Diliman, he has made great strides for the Fighting Maroons as they got back to the Final Four for the first time in 21 years and even made it to the UAAP Season 81 Finals in 2018, ending in a silver medal finish.

"The past UAAP seasons with coach Bo have been memorable for the team, as well as our supporters, sponsors, and the whole UP community," said Maroons team manager Agaton Uvero.

"Right now, we have less than a handful of players from seasons past in the pool and a lot of young, talented recruits just waiting for their turn to represent our beloved State U. We are not just rebuilding, we are really starting again. We have asked coach Bo to remain with the team management to guide the transition and ensure the sustainability of the program. In the meantime, we will wait for UP's decision on the new head coach of the UP Men's Basketball Team."

"We will forever be grateful to everyone who has been part of this unfinished journey."