UP Maroons, supporters back beleaguered Perasol with 'We Bo-lieve' campaign

BO Perasol may not be at the Mall of Asia Arena on Sunday as he served the first of his three-game suspension, but it didn't mean that he couldn't be there in spirit for University of the Philippines.

The Fighting Maroons made sure their beleaguered mentor's presence was felt, coming to the game with maroon warmers bearing the words "We Bo-lieve."

The fans also did their part as 300 cutouts of Perasol's face peppered the stands in support of the beleaguered coach in the game against Far Eastern University.

"It's basically just standing behind what coach Bo did," said team captain Noah Webb.
"Of course, it's not ideal what he did but we believe he did it to protect us." 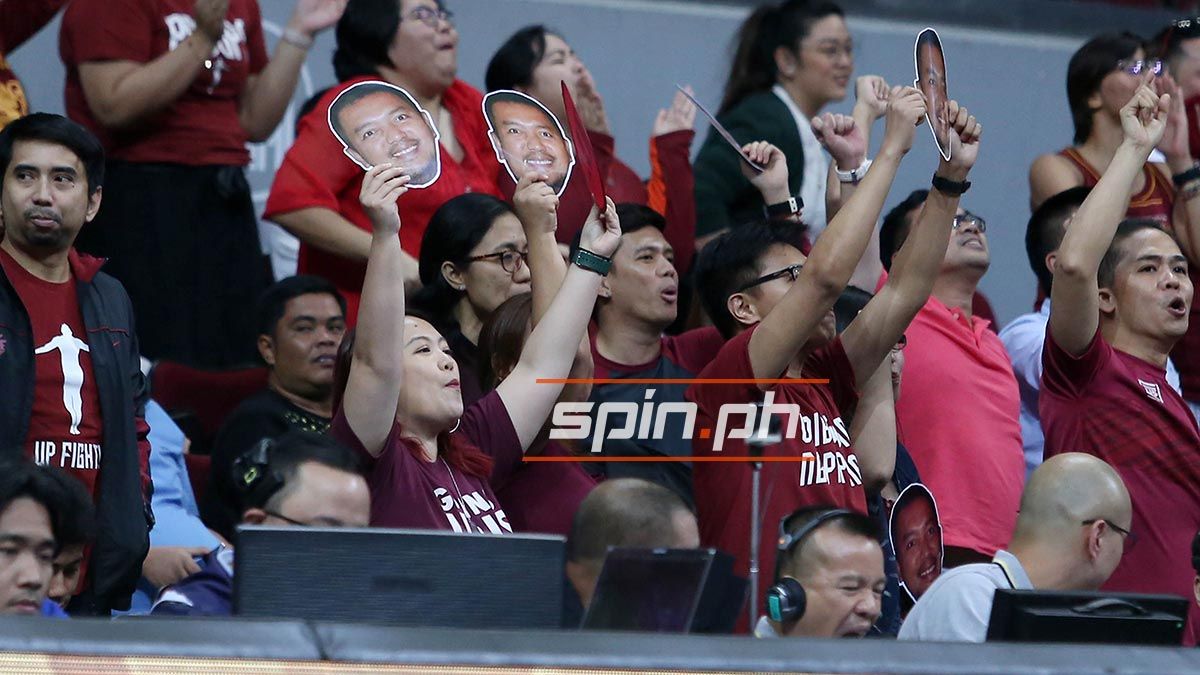 Perasol has been slapped with a three-game ban for blowing his top against Ateneo last week - a punishment that obviously did not sit well with the UP community.

Webb is happy to see the Maroons and their supporters come together for Perasol.

"It's just us showing the UP community and the UAAP that we stand behind what coach Bo did. We hope he didn't explode again, but we understand him," he said.

Unfortunately, UP's comeback from 19-points down fell short in the endgame as the Tamaraws pulled off the 82-79 overtime win.

"We wanted to get it for coach Bo, but you know how it is," rued Bright Akhuetie, who tallied 14 points, 11 rebounds, two assists, and two blocks in the defeat.

It doesn't mean, though, that the UP will stop fighting for Perasol in its next games beginning with its face-off with University of the Eastnext Saturday.

"It only makes us hungrier to get it for coach Bo next time," said Webb.

Akhuetie added: "We really have to get it for him next time. We still Bo-lieve."