Paul Desiderio is a State U icon whose “Atin ‘To” battlecry still rings across the halls of the University of the Philippines (UP) campus long after he left school.

From his game-winning three-pointer to lift the Maroons past the University of Santo Tomas moments to his stepback jumper against Adamson in the Final Four of Season 81 that propelled UP to its very first UAAP Finals appearance since 1986, Desiderio’s name will always have a lofty place in UP Fighting Maroons’ history.

But did you know that it all might not have happened had the Cebuano followed through on an inkling to transfer to Far Eastern University (FEU) in 2014.

Fresh off a horrendous freshman year that saw the Fighting Maroons go winless in 14 matches, Desiderio shared that he practiced once with the FEU Tamaraws. 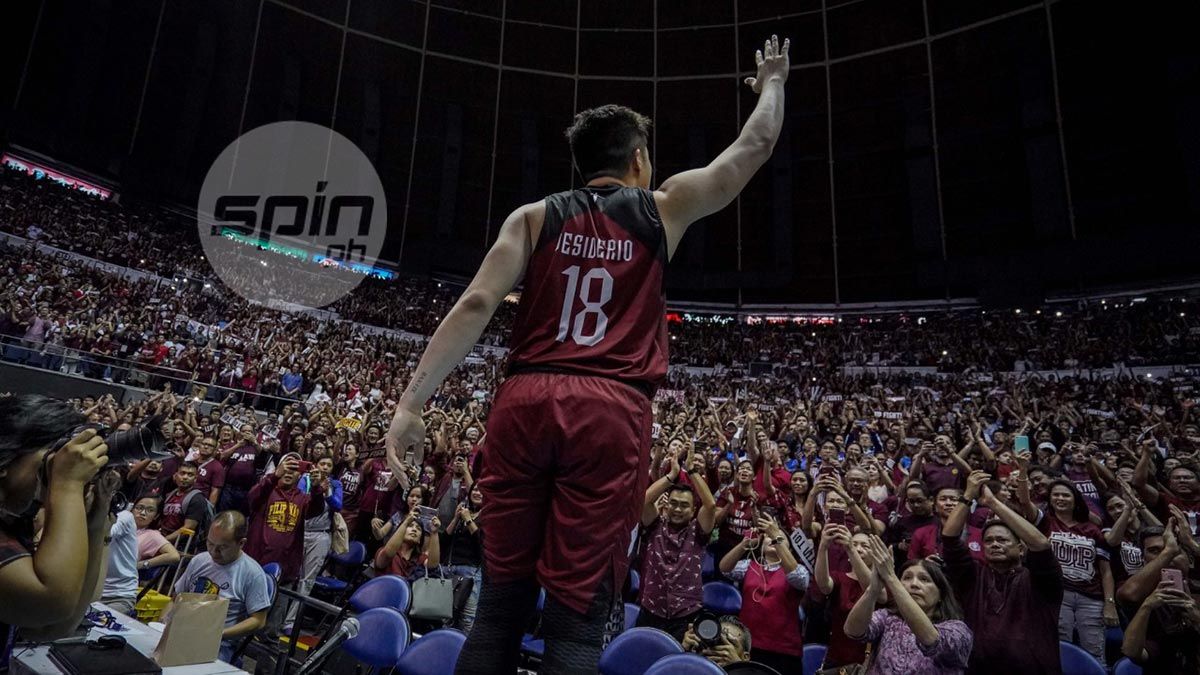 Aside from the two, FEU was loaded with other “bisaya” players like Mac Belo, Roger Pogoy, Raymar Jose, Francis Tamsi, Kevin Eboña and Monbert Arong.

Dennison said FEU was really interested in recruiting Desiderio but the latter no longer came back.

Desiderio explained that after much thought, he decided that he was going to finish what he started in Diliman.

“I already started at UP. Why not see it all the way through?” said Desiderio.

Still, Dennison, who is now teammates with Desiderio at the Blackwater Bossing, could not help but think of what could have been had the latter transferred.

Had that happened, it would have been their second championship together after the two conspired to help UV win the 2011 Cesafi high school title.

But no championship, no problem.

Desiderio, at least, will always be part of UP Maroons lore.