Can UP Maroons fulfill their date with destiny?

CAN University of the Philippines fulfill its date with destiny?

That question will be answered on Wednesday when Game Two of the the Maroons' UAAP Season 84 men's basketball title series against the Ateneo Blue Eagles tip off at Mall of Asia Arena.

Ahead 1-0 in the best-of-three championship series, the Maroons will be gunning for their first UAAP championship in 36 years in the 6 p.m. game against an Ateneo that seeks to keep alive its quest for a four-peat.

Game One saw the Fighting Maroons claw back from a 12-point hole against the top-seeded Blue Eagles to take the 81-74 overtime win - their second victory of the season against an Ateneo side the started 13-0.

Here's what you should watch out for this collosal clash.

For all of the struggles that UP had to endure for over three decades, the Fighting Maroons now just stand one win away from reaching the summit. Carl Tamayo, Ricci Rivero, and Zavier Lucero are just 40 minutes away from replicating the dream last realized by the likes of Benjie Paras, Ronnie Magsanoc, and Eric Altamirano under coach Joe Lipa in 1986.

GET OUT OF THE FUNK

Ateneo coach Tab Baldwin was the first to acknowledge that the Blue Eagles were disjointed in Game One. Missing 14 of its 25 free throws, committing 26 turnovers, and allowing UP to haul 29 offensive boards, Ateneo looked far from the intimidating force that it was earlier in the season. Expect the Blue Eagles to get their mojo back in this must-win affair. 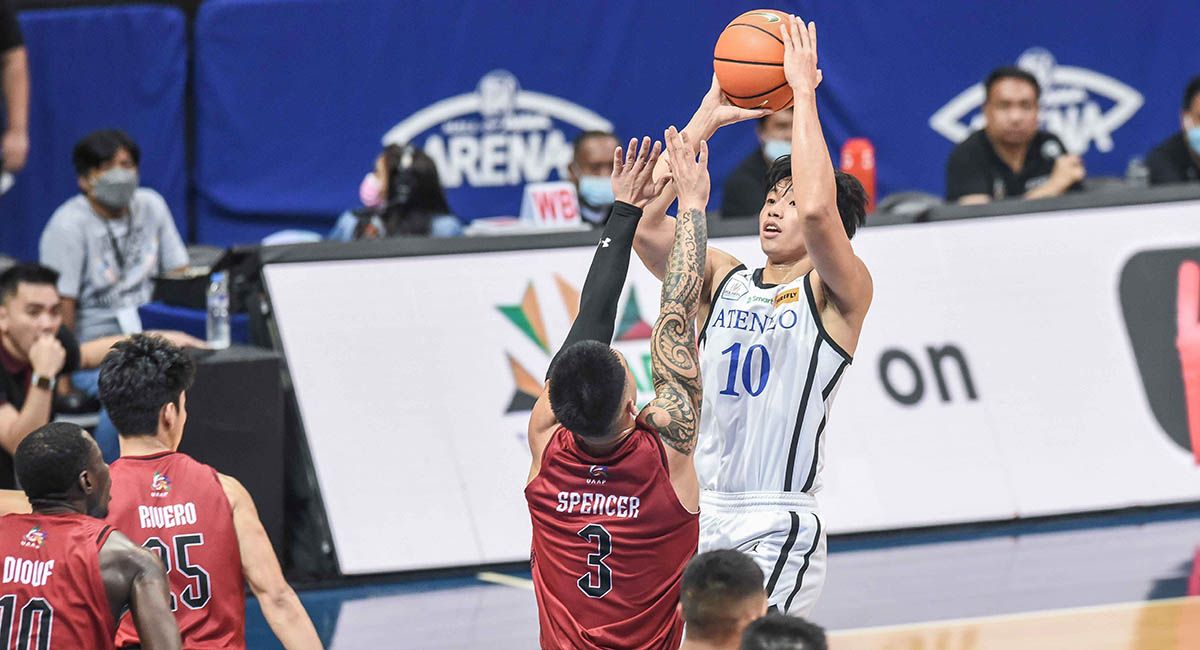 It wasn't the kind of performance Dave Ildefonso expected from himself, finishing with just six points while committing six turnovers in the series opener. His error-prone ways forced him to be benched down the stretch and the pains of those experience should fuel him to rebound stronger for Game Two.

With the UAAP expected to hand out season awards before Game Two, Ange Kouame is poised to claim the Season MVP trophy. But also in consideration are the likes of Ildefonso, UP's Tamayo and Lucero, La Salle's Justine Baltazar, and Adamson's Jerom Lastimosa who are all battling for spots in the Mythical Team. Will the pregame events be a distraction in this high stakes battle?

Finally getting out of his funk, Lucero delivered a solid performance in UP's Game One win where he had 17 points and 13 rebounds. It was sweet redemption for him after going 0-for-9 in the do-or-die game against La Salle in the Final Four.. If he could replicate the same level of spunk, he could very well be in the running for the Finals MVP plum if the Fighting Maroons sweep this one.