UP Maroons feted in SPIN awards as Sportsmen Who Exceeded Expectations

[Editor's note: We now present the winner in our Sportsmen Who Exceeded Expectations in the lead-up to the announcement of our 2018 Sportsman of the Year]

AS the only holdover from the last University of the Philippines side to go 0-14 in a season, Paul Desiderio had the best perspective on how much the Fighting Maroons had achieved this season.

Well, he was mighty glad he stayed.

Before his UP career could end, Desiderio became part of the single biggest Cinderella story of the year - enough for Bo Perasol and his audacious bunch to be named among SPIN.ph's Top Sports Heroes of 2018 under the Sportsmen Who Exceeded Expectations category.

After a so-so start to the season that once again raised fears of another horror season, the Maroons went on a dream run that saw them reach the Final Four for the first time in 21 years as the third seed.

That was not all. The Maroons, riding the heroics of Nigerian recruit Bright Akhuetie, irreverent sophomore Juan Gomez de Liano, and Desiderio, took down twice-to-beat second-seed Adamson to reach the finals for the first time in over three decades.

The season didn't quite end like the Maroons wanted it to, as top seed and overwhelming favorite Ateneo stamped its class with a two-game sweep on the finals to wrap up a second successive championship.

By then, no one can take away the best underdog story of the year from these intrepid Maroons. 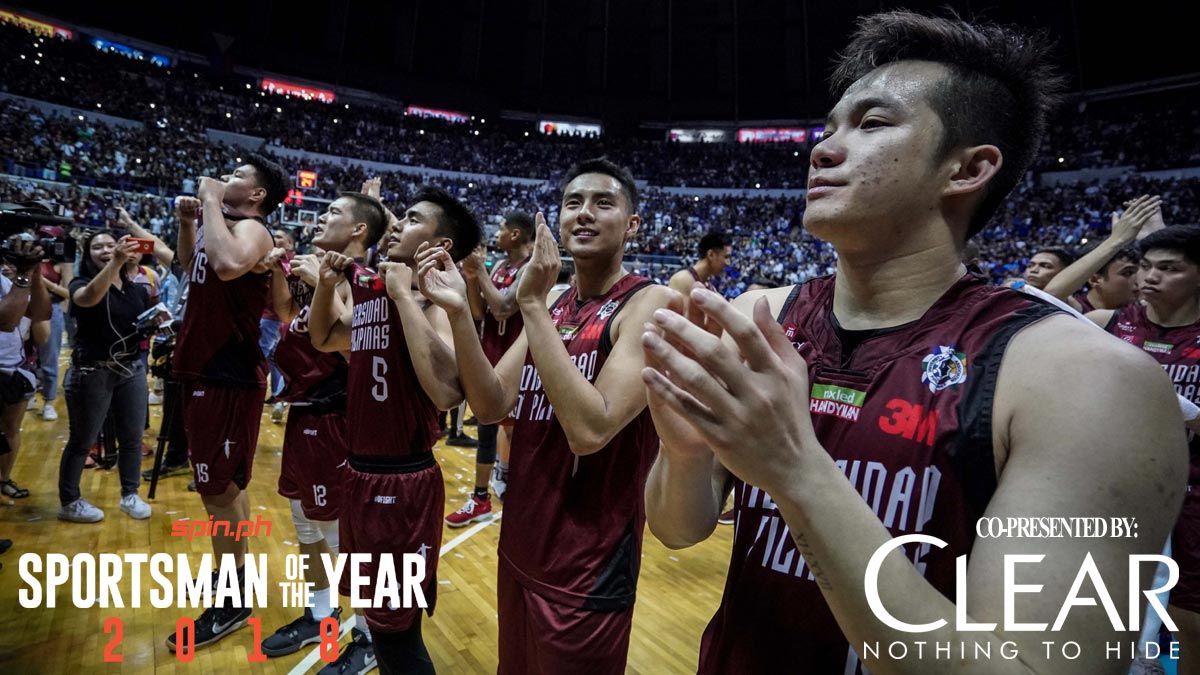