UP Maroons down UE Warriors for sixth straight victory

UNIVERSITY of the Philippines clinched at least a playoff for a Final Four spot in the UAAP Season 85 men's basketball tournament with an 83-69 victory over University of the East on Saturday at Smart Araneta Coliseum.

Malick Diouf and Zavier Lucero conspired in the telling 10-0 blitz for the Fighting Maroons to restore order at 81-64 with 1:07 remaining.

Diouf once again set a career-best, scoring 23 points on 10-of-13 shooting, to go with 15 rebounds, four assists, three steals, and two blocks.

Their efforts were pivotal for the Fighting Maroons after they lost grip of an early 18-point lead, 32-14, in the first quarter. It's a result of the Diliman side giving up 24 fouls in the game that led to UE's 20-of-26 free throw clip. 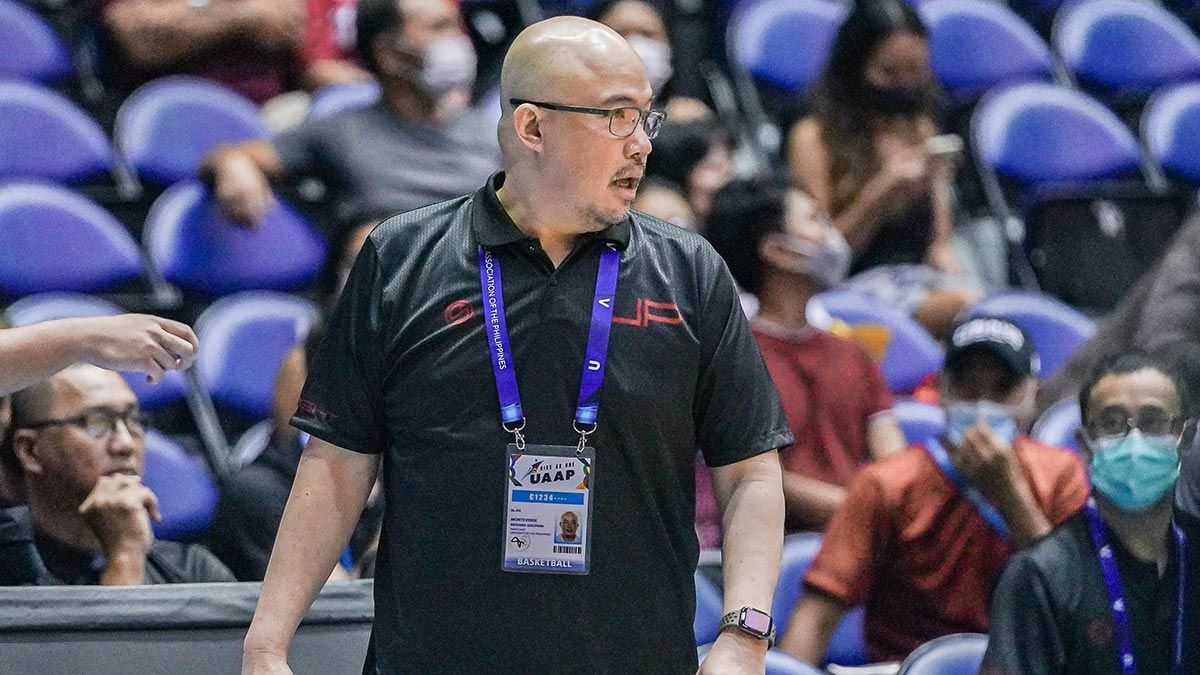 Gani Stevens got the Warriors to within seven points, 71-64, with 4:03 to play, before Lucero and Diouf conspired in the finishing kick as UP improved to 9-1.

"We started well. We moved the ball well especially noong first quarter. 'Yun lang, towards the second quarter, we need to learn how to sustain what we started," said coach Goldwin Monteverde, noting the Maroons’ inability to hold on to the lead after starting off 12-0 and shot 14-of-16 from the field in the first quarter.

A big headache for the champion coach was UP's 23 turnovers, which UE turned to 13 easy points.

Terrence Fortea and Harold Alarcon both wound up with 10 points for the Fighting Maroons in a game where Carl Tamayo went scoreless in 12 minutes of play.

Stevens' career night ended for naught as he finished with 23 points, six rebounds, and three steals in UE's fourth loss in five games to fall to 4-6.