JD Cagulangan wasn't even born yet the last time University of the Philippines lifted the trophy.

Yet the transferee from La Salle turned out to be the savior the Diliman side has long been waiting for, draining the game-winning three with 0.5 seconds left as the Fighting Maroons realized a 36-year dream with a dramatic 72-69 overtime win over powerhouse Ateneo on Friday at the Mall of Asia Arena.

The victory ended Ateneo's long reign in the country's premier league and ended over three decades of heartbreak for UP, which for so long even had to endure years at the cellar, including embarrassing winningless seasons. 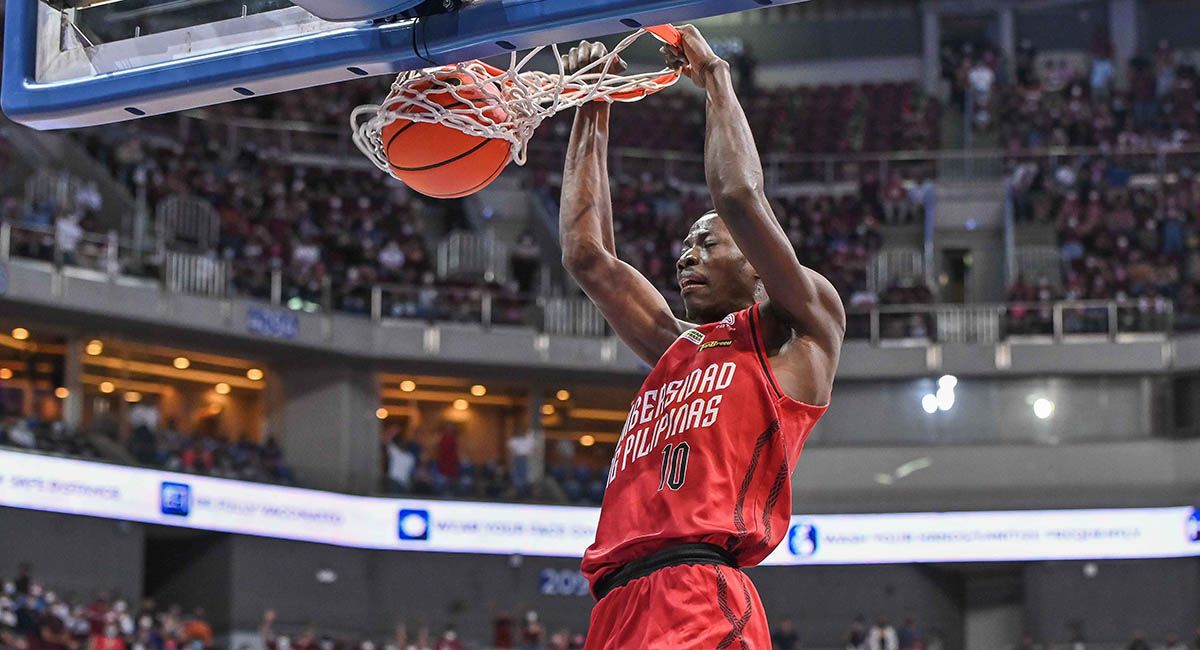 But all that pain was washed away as this dream season was completed in a thrilling game that saw Cagulangan, the smallest man on the floor but with the biggest heart, lead the Fighting Maroons back from a five-point deficit in overtime.

It was a storybook ending for UP, which put on some great comebacks all season especially against the defending champions yet looked down and out while facing a five-point deficit, 69-64, with 1:47 remaining.

Cagulangan delivered the first shot, refusing to give up in a loose ball scramble and nailing a big three that got the Fighting Maroons within two, before setting up Malick Diouf for the game-tying slam with 39.7 seconds left.

Dave Ildefonso missed what could have been a winner for Ateneo, setting the stage for Cagulangan's stepback three that will be forever remembered in UP lore.

Cagulangan's two treys in the overtime period capped a 13-point, 5-rebound, 4-assist, and 2-steal performance that helped put an end to Ateneo's three-season dominance in the UAAP.

Diouf, the Finals MVP, led the way with 17 points, nine rebounds, three steals, one assist, and one block to become the first Fighting Maroon to win the trophy since Eric Altamirano in 1986 and the first foreign student-athlete since National University's Alfred Aroga did it in 2014.

CJ Cansino finally returned to action after sitting out nearly two weeks due to a knee injury and delivered 14 points on 4-of-7 shooting from distance in his 12 minutes of action.

Ricci Rivero also capped off his collegiate career with nine points, three boards, two steals, and one assist, while Rookie of the Year Carl Tamayo did the yeoman job with his six points, six rebounds, five dimes, and two steals to deliver UP's third UAAP crown - and the first since 1986 behind the likes of Altamirano, Benjie Paras, and Ronnie Magsanoc.

Ateneo's four-peat dream was reduced into rubbles despite the herculean effort of SJ Belangel, who got 27 points, four assists, and three rebounds.

Season MVP Ange Kouame also gave it his all with a double-double of 12 points, 14 boards, four blocks, and three rejections, as Gian Mamuyac, who drained two big treys for the Blue Eagles in the clutch, had 10 points, six rebounds, and three assists in his final game for the school.