UNIVERSITY of the Philippines broke the floodgates in the second half to clobber Adamson, 91-70, in the UAAP Season 85 men's basketball tournament on Wednesday at Mall of Asia Arena.

Malick Diouf uncorked a career-best 20 points, eight boards, and five steals, including the layup that gave the Fighting Maroons their biggest lead at 22, 91-69, with 39.6 seconds to spare.

Carl Tamayo had 18 points and five boards as UP claimed its fifth straight victory to tighten their grip on the lead at 8-1.

He punctuated the Fighting Maroons' 11-0 third quarter pullaway to flip the game from a close 51-49 affair to a 62-49 lead, using that momentum to cruise to victory. 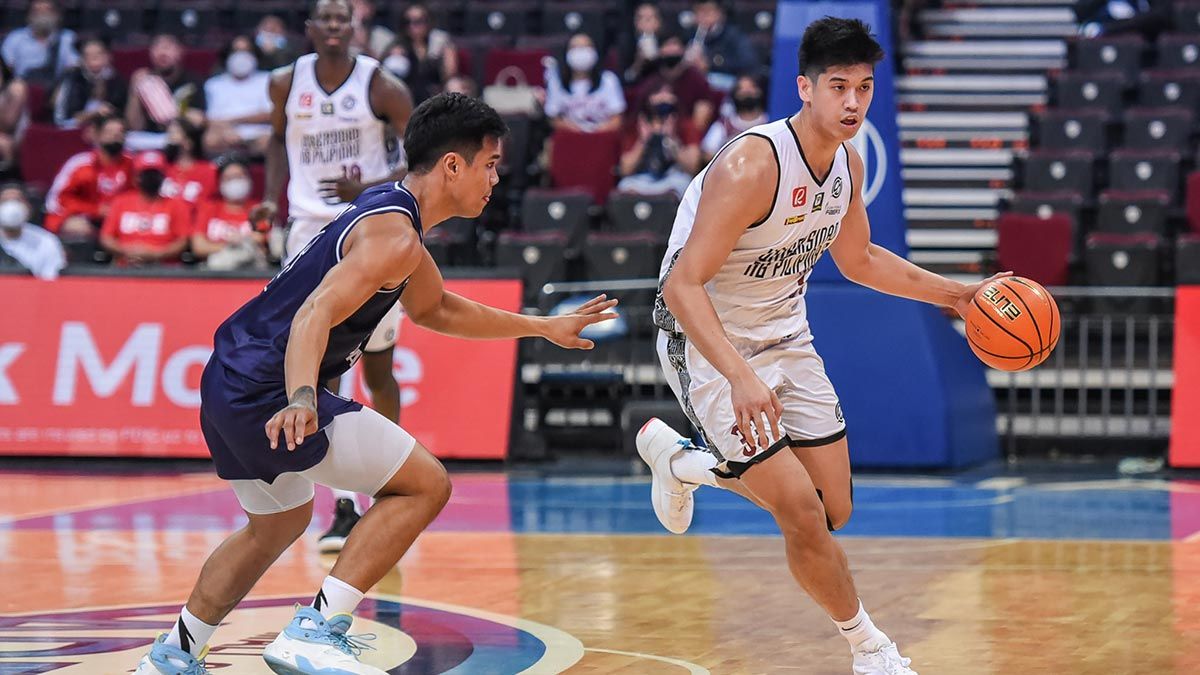 Carl Tamayo and the Maroons take control in the third.

UP coach Goldwin Monteverde, though, remained dissatisfied particularly with the team's slow starts.

"We need to improve yung defense namin. I think they made 45 points noong first half," he said. "Habang nagpo-progress yung season, we need to work on that. I think yun pa rin, being consistent and not thinking about whatever standing we're at now. Ang importante is what to improve on pa rin going towards sa end ng season."

Jerom Lastimosa had 19 points, three rebounds, three assists, and three steals, but exited the game with a sprained right ankle with 5:33 left.

Cedrick Manzano had 10 points and three boards, as Joem Sabandal registered nine points, six assists, and three boards as the Soaring Falcons fell to a 3-5 card with their third loss in the last four outings.