How UP has become the place to be for recruits, according to Remulla

TIMES have indeed changed that University of the Philippines has turned its fate around, going from the traditional whipping boys of the UAAP to legitimate title contenders in the years to come.

That culture change, started by the likes of Paul Desiderio and coach Bo Perasol, really has benefitted the Fighting Maroons, so much so that they have found themselves in the thick of the recruitment race, at par with the likes of Ateneo and La Salle.

UP a top destination for recruits

This has only made the job easier for the brass behind the team.

"What I found out is that a lot of the bluechip recruits really want to enter a program that will allow them to develop their game and to enhance their name in this new media-internet-social media setup," remarked Fighting Maroons benefactor and Cavite Gov. Jonvic Remulla in a recent Sandwich Sessions guesting with Summit Media editors and writers.

"We really want to be part of a large community and a dynamic community." 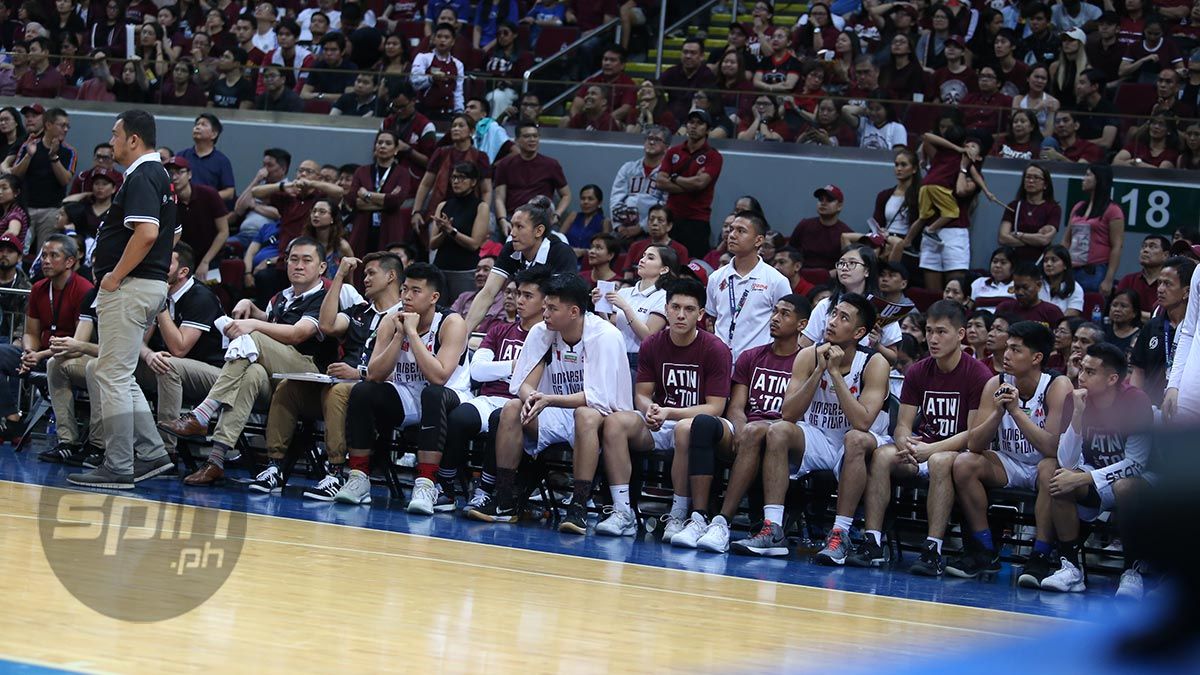 It's still a new realm for UP to be in, but one it is happy to be part of as it finally gets the respect it badly aspired for when it comes to reeling in talent to its program.

Compared to before where top high school talents in the land wouldn't even think about visiting Diliman, UP now is a can't-miss destination as talents would even sit down and listen to pitches on the possibility of them joining the Fighting Maroons.

And the proof is in the pudding.

UP has enjoyed adding more materials to its program, from its rookie haul led by Carl Tamayo, Gerry Abadiano, and Terrence Fortea moving from National University-Nazareth School, to the transferees like CJ Cansino from University of Santo Tomas, Joel Cagulangan from La Salle, and Malick Diouf from Centro Escolar University.

It also helps that the Fighting Maroons have garnered considerable success as of late, with popular players like Kobe Paras, Ricci Rivero, and brothers Juan and Javi Gomez de Liaño leading the way.

What's undeniable through all of this, though, is the kind of education that UP presents as it still is one of the top universities in the country, with Remulla remarking, "The academics that UP offers is second to none."

Factor all of this in and it should explain why UP is now the place-to-be for aspiring talents, all hoping to help the school end its three-and-a-half decade-long UAAP title drought.

"So when it came to the whole package, hindi na masyadong mahirap mag-recruit," Remulla said. "They saw that UP is a viable team to be built and it will enhance their name and marketability for their future options in life."