Most memorable triumphs of underdogs in UAAP playoff history

UNDERDOG teams that went all the way are rare in college basketball.

Yet over the years, we've seen a handful of UAAP teams which defied the formcharts and pulled off some of the most memorable championship runs in league history.

Spin.ph lists five such underdogs that went all the way. 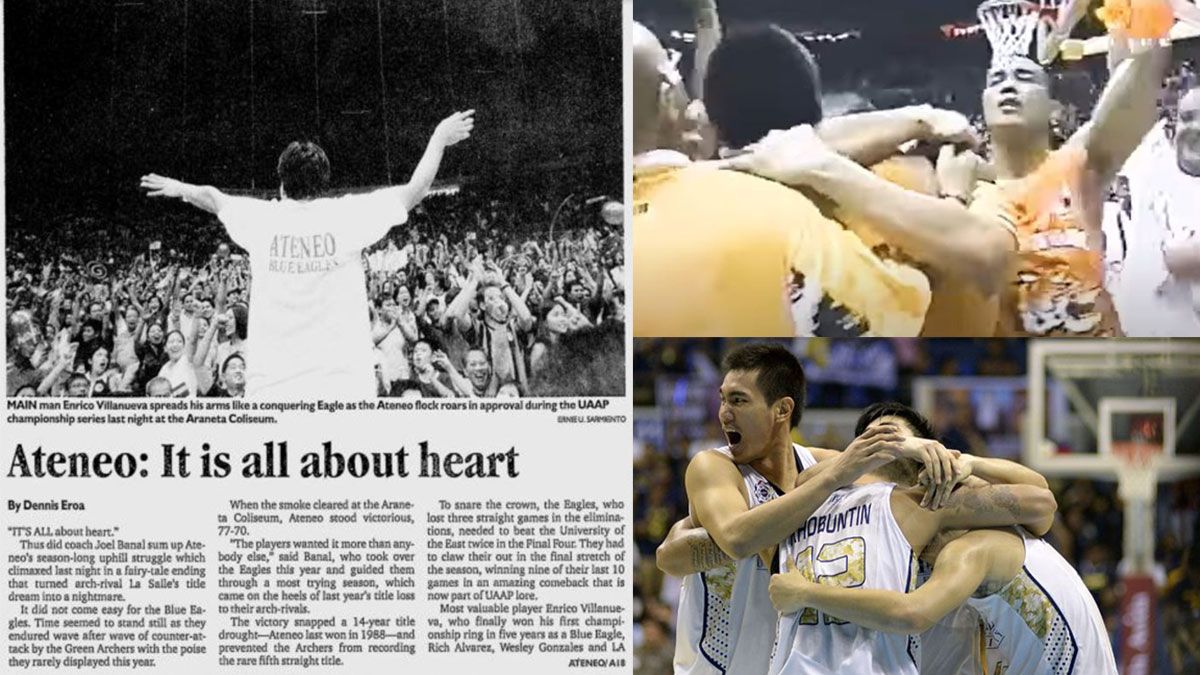 Champions the past four seasons, La Salle was on its way to a sweep of the eliminations and an automatic spot in the finals when Ateneo pulled off a 76-63 shocker over the Green Archers in their final game. It turned out to be a harbinger of what's to come.

The Joel Banal-coached Blue Eagles were formidable contenders that year, bannered by Enrico Villanueva, LA Tenorio, Larry Fonacier, Rich Alvarez and Wesley Gonzales. But they could only snag the No. 3 seed with their 9-5 card.

They also had to hurdle No. 2 University of the East, led by James Yap, Ronald Tubid, and Paul Artadi and holding twice-to-beat advantage, in the Final Four. Ateneo's defense held Yap to four points in the 84-78 Game One win before overcoming the Red Warriors in do-or-die, 72-70, thanks to Gec Chia's game-winner.

The Blue Eagles continued their mastery of the Green Archers, 72-70, in Game One after a pair of big Fonacier blocks on Mark Cardona in the closing moments, but La Salle got back on its archrival with an 85-77 Game Two win that set up a decider.

Season MVP Villanueva and co-Finals MVPs Fonacier and Gonzales came up big under the grinding pressure, leading the Blue Eagles to a 77-70 conquest that denied the Green Archers the historic five-peat. 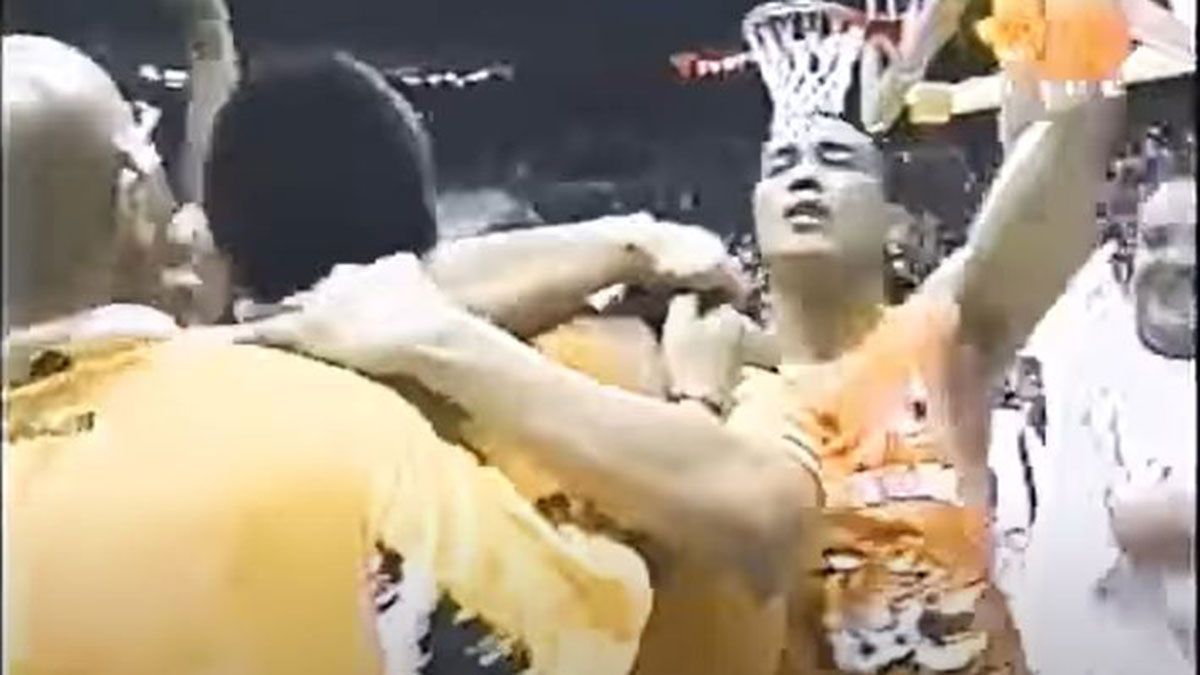 University of Santo Tomas' run in UAAP Season 69 got off on an emotional start when holdover John Lee Apil died during the Lenten break trying to save two young kids from drowning. That added to the woes of the Growling Tigers in Pido Jarencio's first season as coach as they also lost Jemal Vizcarra to an ACL injury two games into the season.

Veterans Jervy's Cruz, Jojo Duncil, Mark Canlas, and upstart Dylan Ababou bravely kept the ship afloat, but the Tigers only made the Final Four with a little help from Ateneo, which slammed the door on defending champion FEU, 70-68.

The Growling Tigers made the most of their new lease on life.

Cruz outplayed Season MVP Ken Bono as UST beat Adamson to take the third seed, 85-71, before overcoming twice-to-win disadvantage against UE, led by Marcy Arellano, Bonbon Custodio, and Pari Llagas, taking the 79-75 Game One victory before riding a pair of Jorel Cañizares misses to escape with an 82-81 win in Game Two.

But Ateneo was not the top seed for nothing, with Doug Kramer scoring the game-winning basket in the 73-72 Game One win in the Finals.

Ababou lit up for 22 points as UST evened the series with an 87-71 Game Two win before fighting back from a five-point deficit in the last two minutes and taking the tight 76-74 clincher. Duncil was adjudged as the Finals MVP. 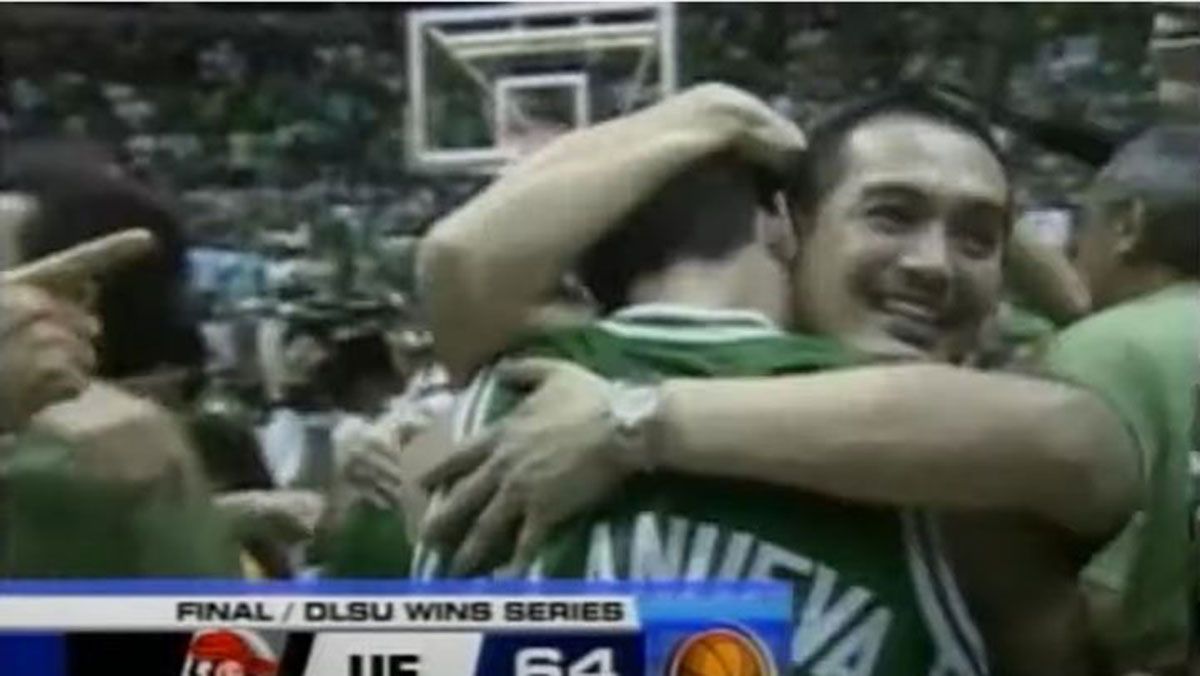 This was La Salle's first year back from its season-long suspension, and expectedly, the boys of coach Franz Pumaren were not the favorites. That honor belonged to UE which, behind Mark Borboran, Arellano, Kelvin Gregorio, and a young Paul Lee, completed a 14-0 elimination sweep in UAAP Season 70.

But the Green Archers were a formidable crew in their own right, leaning on JVee Casio, Rico Maierhofer, TY Tang, and Cholo Villanueva to finish 9-5 in the eliminations, before slipping past Ateneo, 70-69, to secure the second seed and twice-to-beat edge in the stepladder semifinals.

It turned out La Salle needed that advantage as Ford Arao steered Ateneo to a 65-64 Game One win. With no more tomorrow, the Green Archers pulled off a 65-60 victory in the clincher to earn the right to face the Red Warriors in the finals.

The in-form Green Archers then nipped UE, 64-63, in Game One behind Tang's 17 points, before the Taft crew ran away with the title with a 73-64 Game Two win, with Casio and Villanueva named as the co-Finals MVPs. 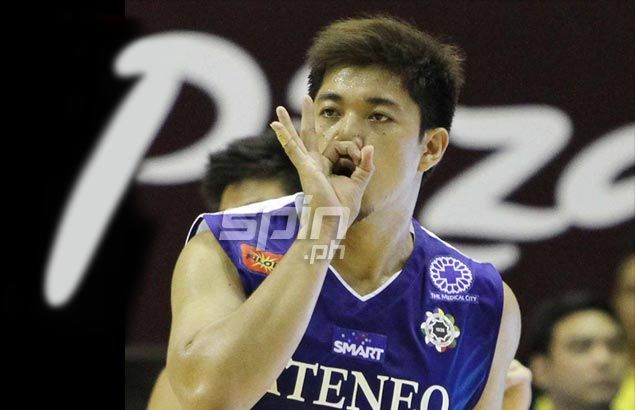 How could a two-time defending champion be branded as an underdog? Well, even in Ateneo circles, the UAAP Season 73 crew was looked at as "the weakest" in the five-peat era, yet it only made this team's title run all the more memorable.

After losing key players in Rabeh Al-Hussaini, Nonoy Baclao, Chris Tiu, and Jai Reyes, there were doubts on whether the Blue Eagles had what it took to three-pear. 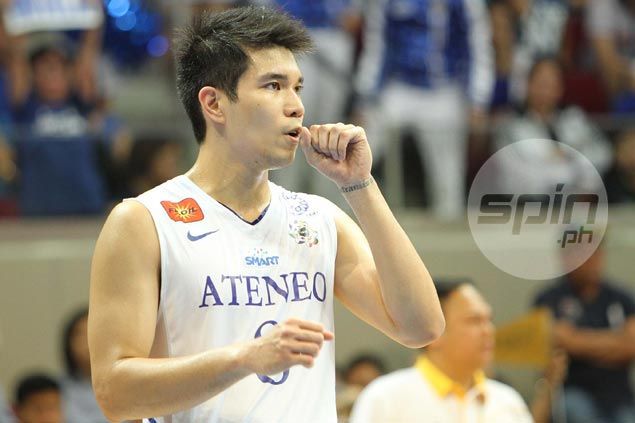 Coach Norman Black relied on Ryan Buenafe, Eric Salamat, Kirk Long, Emman Monfort, and Nico Salva to go 10-4 in the eliminations and secure the two-seed. Ateneo scored a 68-55 victory to dispose of three-seed Adamson, then led by Alex Nuyles, Lester Alvarez, Eric Camson, Jerick Canada, and Jan Colina, to earn another trip to the finals.

FEU was the favored team that year, especially after superb showings from Season MVP RR Garcia, Rookie of the Year Terrence Romeo, and studs Aldrech Ramos and Reil Cervantes. The fact that the Tamaraws won both elimination duels with the Blue Eagles reinforced FEU's favorite tag.

Ateneo, however, just threw conventional wisdom out the window as it rallied behind Finals MVP Buenafe to sweep the championship series with a dominant 72-49 Game One victory and a tight 65-62 Game 2 win. 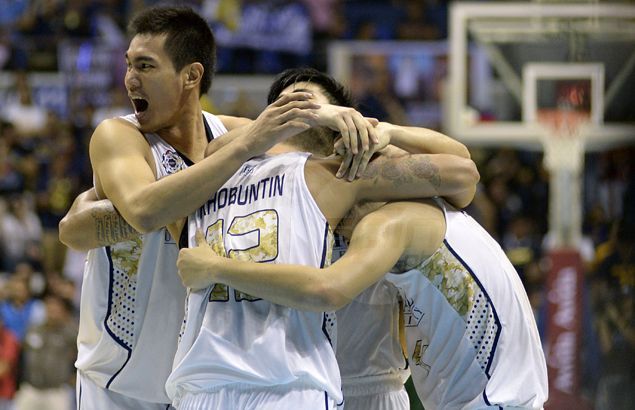 Yet the Eric Altamirano-coached Bulldogs were still a feisty crew led by Gelo Alolino, Troy Rosario, Glenn Khobuntin, Pao Javelona, Alfred Aroga, and young gun Jjay Alejandro. They finished with a 9-5 win-loss record and had to outlast a Roi Sumang-led UE, 51-49, in the battle for the fourth seed.

Catching the last bus, NU surprised top-seed Ateneo, led by Kiefer Ravena, Chris Newsome, and Nico Elorde, and overcame twice-to-win disadvantage with 78-74 win in Game One and 65-63 escape in Game Two- two victories that brought them to the championship series for the first time in the Final Four era.

But waiting in the wings was FEU, bannered by Mac Belo, Mike Tolomia, and Roger Pogoy which proved its title credentials with a 75-70 win in Game One of the finals.

The Bulldogs dug deep, leaning on Rosario's 19 points to even the card with a 62-47 Game Two triumph, before Aroga took charge in Game Three with his superb 24-point, 18-rebound line.

That proved more than enough for NU to post a 75-59 victory, ending the school's six-decade title drought. Aroga was named the Finals MVP as that Bulldogs crew became the first fourth seed in UAAP history to raise the trophy.