THE seniors basketball competitions of UAAP Season 80 will begin on September 9 at the Mall of Asia Arena, according to the schedule released by the collegiate league on Tuesday.

In the provisionary schedule, University of the East and National University open hostilities before last season's runner-up Ateneo takes on Adamson in the other half of the doubleheader.

The Green Archers and the Tamaraws have figured in several heated clashes the past few years, both in the preseason and in tournament games.

The two teams, however, will be vastly different with La Salle losing top star Jeron Teng and FEU now without Raymar Jose, Mike Tolomia and coach Nash Racela, who gave way to brother Olsen after assuming the reins at TNT KaTropa in the PBA.

Meanwhile, La Salle and Ateneo will clash in a finals rematch on October 8 at the Mall of Asia Arena.

The schedule, however, is still subject to change, organizers said. 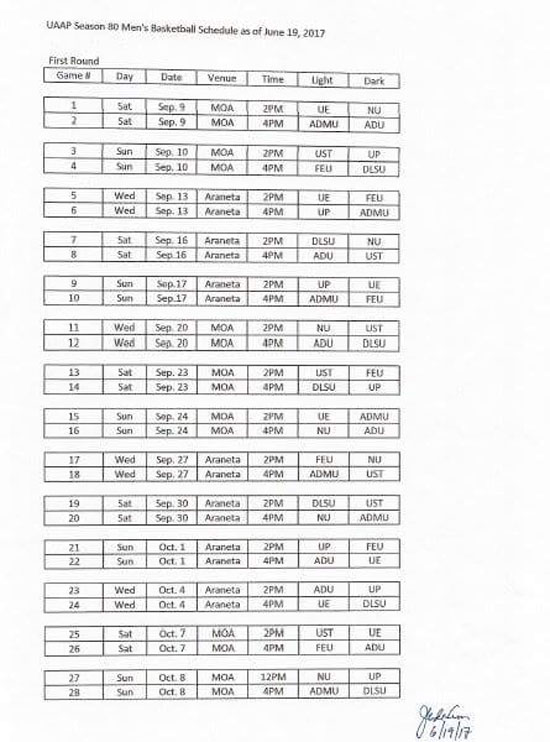