Seventh of an eight-part series

UNIVERSITY of Santo Tomas is out to make another title run in UAAP Season 78 as its core from last year remains intact, although the school missed the Final Four for the first time in a long while.

Spin.ph takes a look at five burning questions for the Growling Tigers this season.

1. Can UST cope up with the loss of Aljon Mariano?

While the Tigers missed the playoffs last year, the Tigers had the pieces to remain a title contender. And this season is no exception.

Despite the departure of Aljon Mariano, the team still has the veteran core of Kevin Ferrer, Karim Abdul, Ed Daquioag, and Louie Vigil, all of whom will be playing their final year with the school.

Coach Bong Dela Cruz only hopes the team could churn out a better performance this year, after winning just five games in Season 77.

“Hopefully, this season, much better ‘yung maging performance namin. We will take it one game at a time para makuha namin ‘yung goal namin which is ‘yung Final Four,” he said.

2. Is this Kevin Ferrer’s team?

The fortunes of the Tigers now rest on the shoulders of Ferrer, the team captain for Season 78. A year after being riddled with a hand injury, Ferrer is fit again and is coming off a stint with the Gilas Pilipinas cadet that competed in the Southeast Asian Games in Singapore during the offseason.

Ferrer is accepting the role as the team’s acknowledged leader as he hopes to win a title before he ends his college career. 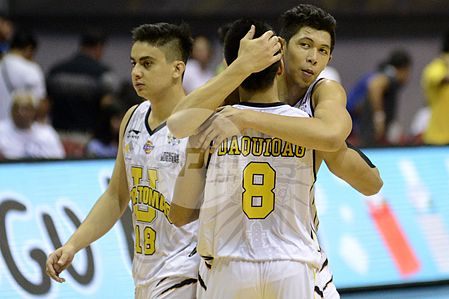 3. What do the Tigers expect from Karim Abdul and Ed Daquioag?

It was a tumultuous Season 77 for the Cameroonian import on a year that saw him lambast two of his teammates before the media only to apologize later. Abdul is now out to bounce back from the disappointment by being a better leader, according to Dela Cruz.

“Leadership ni Karim this season, kailangan namin. Everybody is looking at him for this season,” he said.

Daquioag, meanwhile, is also expected by the coaching staff to play an active role on offense, as seen in his performance in the Filoil preseason tournament.

4. Has Bong Dela Cruz adjusted to the UAAP?

Filling in the shoes left by Pido Jarencio was no easy task for Dela Cruz, who took most of the blame for the Tigers’ dismal performance in Season 77. While he described some moments of last season as ‘difficult,’ the second year UST coach is out to redeem himself.

With a longer time to prepare, Dela Cruz has been accustomed to coaching in the UAAP. 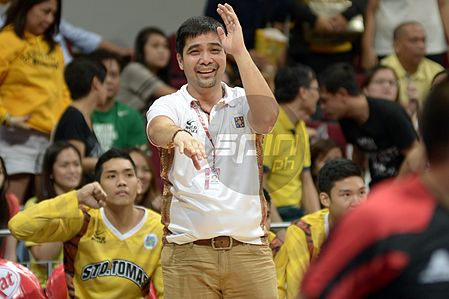 5. Can UST make the Final Four?

While Far Eastern University, National University, Ateneo, and La Salle are seen as the so-called ‘teams-to-beat’ this season, UST could emerge as the darkhorse capable of chalking up surprises here and there owing to an intact core and a healthy team.

A lot of its key players will be gone for next season, so this could represent the best chance for UST to win its first title in nine years.