UAAP in no rush to decide on Aldin Ayo's appeal

THE curious case of University of Santo Tomas and beleaguered former coach Aldin Ayo in relation to the controversial Bicol bubble remains as is as far as the UAAP is concerned.

It's been more than two months since the issue involving the Growling Tigers came to light, which not only saw Ayo and then-Institute of Physical Education and Athletics (IPEA) director Fr. Jannel Abogado, OP step down from their respective posts, but as well as the crumbling of what was once a promising UST squad as eight key players departed to rival schools.

The UAAP consequently slapped Ayo with an indefinite ban from the said matter, a penalty which the Sorsogon-born mentor has since appealed to the Board of Trustees (BOT).

Saguisag said that there's really no new development on the matter as the league still awaits the separate investigations from the national government agencies. 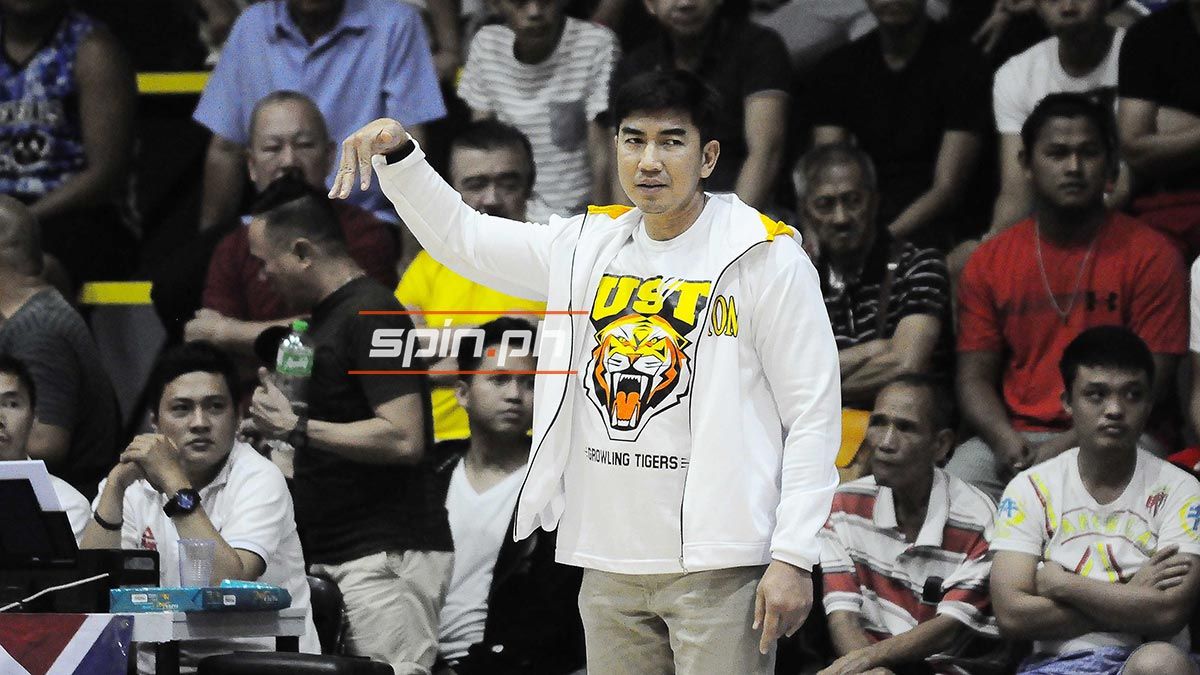 It doesn't mean that the UAAP isn't taking into account the report from the provincial government of Sorsogon and the city police which cleared Ayo from any wrongdoing in what was called a "special personal development farm training program" that cited the activity as purely voluntary.

Still, the UAAP is siding with the truth and awaiting all parties to finish their investigations before once again reconvening on the matter.

Also, factored in is the uncertainty of when the competitions will return, which further pushes the UAAP to gather all the pertinent facts before revisiting the appeal.

"As of now, we have initial findings on the case of coach Ayo and UST. Some government agencies have also taken cognizance of the case," he said.

"Out of prudence and symmetry, the Board deemed it best, and since tutal wala namang urgency to act on the issue and para di rin kami conflicting, that we await those findings so we can also align."