THE UAAP is preparing for the resumption of competitions next year and has already prepared protocols subject to the approval of government offices.

"We continue to consult with the experts and we talked with the representatives of the other leagues, and we're happy that the PSC, GAB, and CHED helped us in crafting these protocols," league executive director Rebo Saguisag told Radyo5's Power and Play with Noli Eala on Saturday.

It's not that easy for the UAAP to just open shop, reiterated Saguisag, as not only does it need to gain approval from offices like the Philippine Sports Commission (PSC) and the Inter-Agency Task Force (IATF) for the Management of Emerging Infectious Diseases, but it also must get a green light from the Commission on Higher Education (CHED).

Saguisag also noted that if the UAAP does return in the middle of the ongoing fight against the COVID-19 pandemic, there's a high chance that it will be done in a bubble setup.

"Bubble ang tinitignan namin. Sabi nga nila it's either you have a bubble or you don't. And iba ang general public health concerns when you open the malls and restaurants as opposed to opening a sports bubble which is a controlled environment. I would even argue that keeping these sports bubbles would actually be safer and for their better interest than sa kanilang probinsya na di natin alam kung paano sila nagpapractice," he said.

One thing working in UAAP's favor is the vaccine rollouts, which Saguisag has repeatedly called a "game-changer" in the league's aspirations of returning to action. 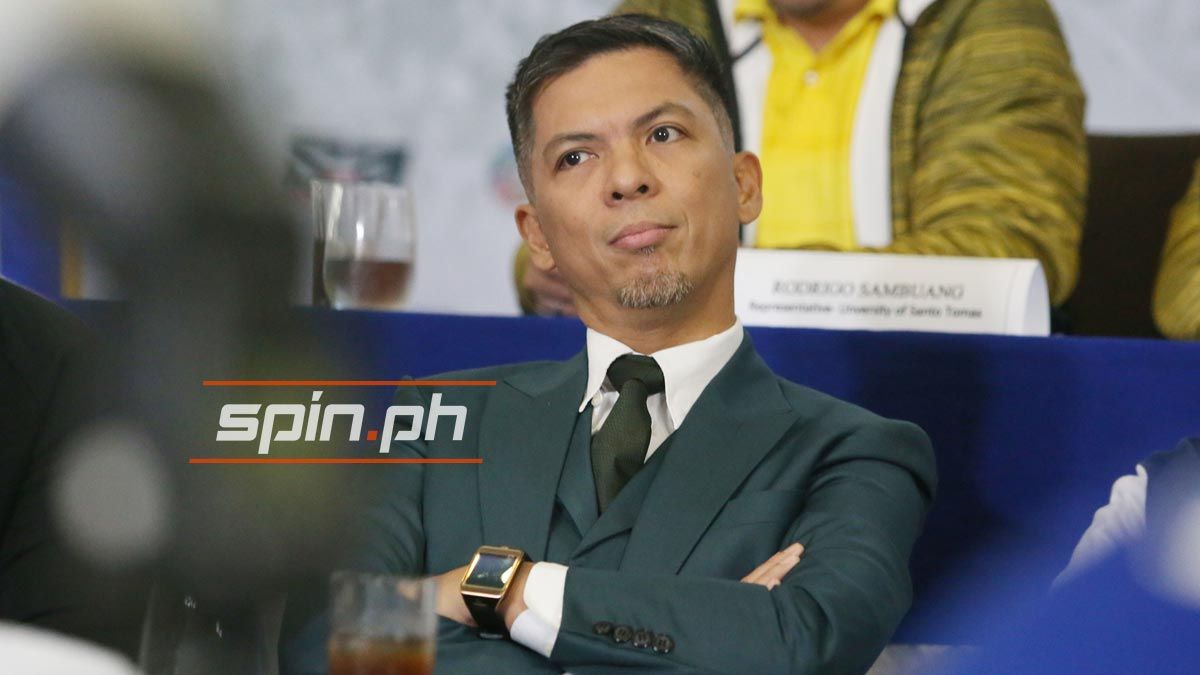 Saguisag is pushing for vaccination to be part of the requirements on the UAAP's protocols.

"Pagpunta namin sa IATF, we'll make it part of our requirements, na for everyone to be involved, everyone has to be vaccinated. We'll adopt everything and add vaccination for everyone involved," he said.

For now, though, everything is still fluid. And Saguisag is keeping his fingers crossed that it won't be long before the UAAP can finally be back.

"We continue to refine those protocols this day. Sana dire-diretso na," he said.