"We find Ateneo head coach Tab Baldwin's remarks on the three game officials unnecessary and derogatory," the executive said in a strongly worded statement on Sunday. "There are proper channels to air grievances and we've had healthy and constructive interactions with the post-game reviews with most of the teams."

"Game officiating concerns are sent which we address technically and objectively during our referees’ game film viewing session. They raise what they think are missed/bad calls but can actually be good calls or non-calls. For our part, we man up and admit mistakes. It has always been more beneficial and productive. Note that calls are logged and validated with the Instant Replay System (IRS) and counterchecked with stats."

Baldwin lambasted the referees following Ateneo's 70-53 win over FEU on Thursday and remarked that the men in gray need "eye surgery."

Racela, for his part, argued that, "How can you compete against the best team in college basketball without your foreign student athlete or without your best post player?" 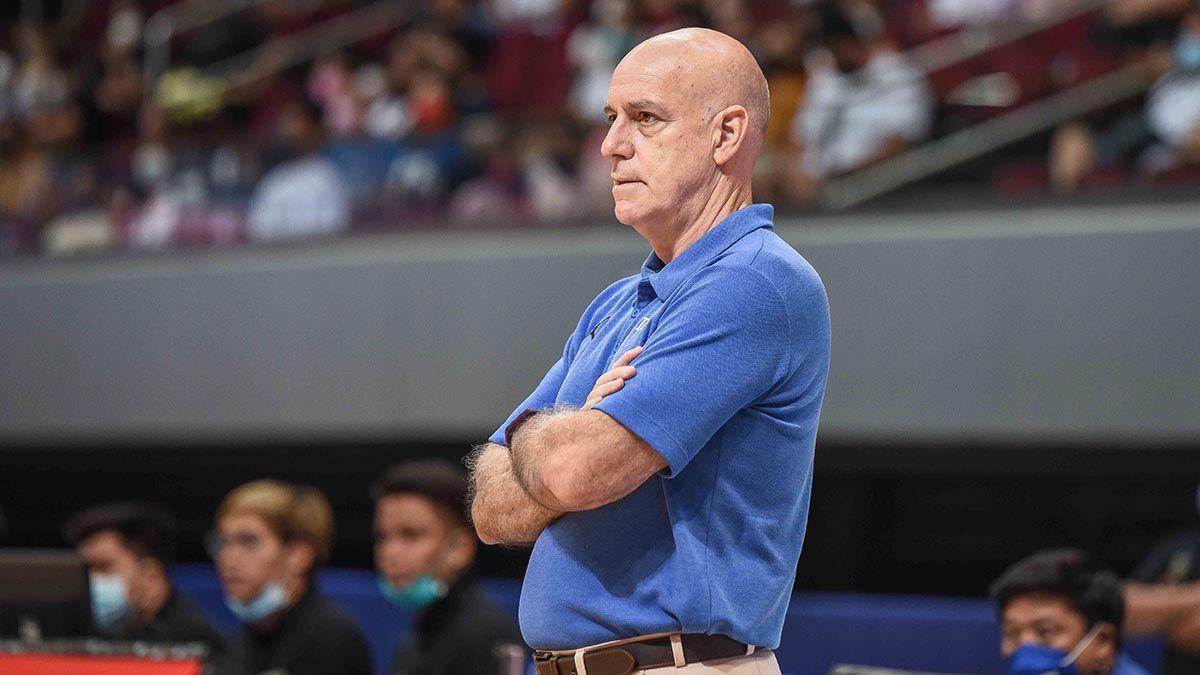 'This year I had eye surgery ... I think the three guys in gray shirts, maybe, I don't know. Maybe they need to get what I got," says Tab Baldwin.

Pujante admitted that the third foul called against Tamaraws center Emman Ojuola was a "bad judgment call" but he argued that the two early fouls called on the Nigerian center were "really clear fouls and were assessed as good calls on our call log."

Pujante also cried foul on what he felt was an unfair criticism of the officials especially when Baldwin said, "I'll take care of our team. I don’t know who’s gonna take care of them."

He said: "It is as if I am not doing my job and for which I take offense. Allow me to counter and say that he focus on his team task, and leave the referees to me. A good tournament requires the cooperation of the players, coaches and officials. Officiating is a thankless job. Referees are underpaid, underappreciated and overcriticized. Referees have to make hundreds of decisions in any single game in a split second."

Pujante furthered, "No one is infallible, including a champion coach. To continue to ridicule us in public would do us no good. Instead, it only casts doubt on the integrity of the league, alienate parties that are supposed to be working together. We are also taking a step back on fan education when they see our supposed leaders treat officials this way."

"Respect begets respect. There is no such thing as 'perfect officiating' and even the NBA is not spared. Referees are human just like the rest of us. As your commissioner, I vow to ensure civility, parity, transparency, and integrity at all times."