NASH Racela missed the Final Four for the first time in his UAAP coaching career on Sunday.

Racela won his final game of Season 84 as Adamson scored a 65-53 victory over University of the East at the Mall of Asia Arena, but his team later found out it will not make it to the Final Four.

Ironically, it was Racela’s brother and his former team who booted him out of contention for the semifinals. Far Eastern University, coached by his older brother Olsen, routed University of Santo Tomas, 109-65, in the second game of Sunday’s quadruple header.

Olsen said he met his brother at the hallway leading to the dugouts, with Nash encouraging him to win the match. 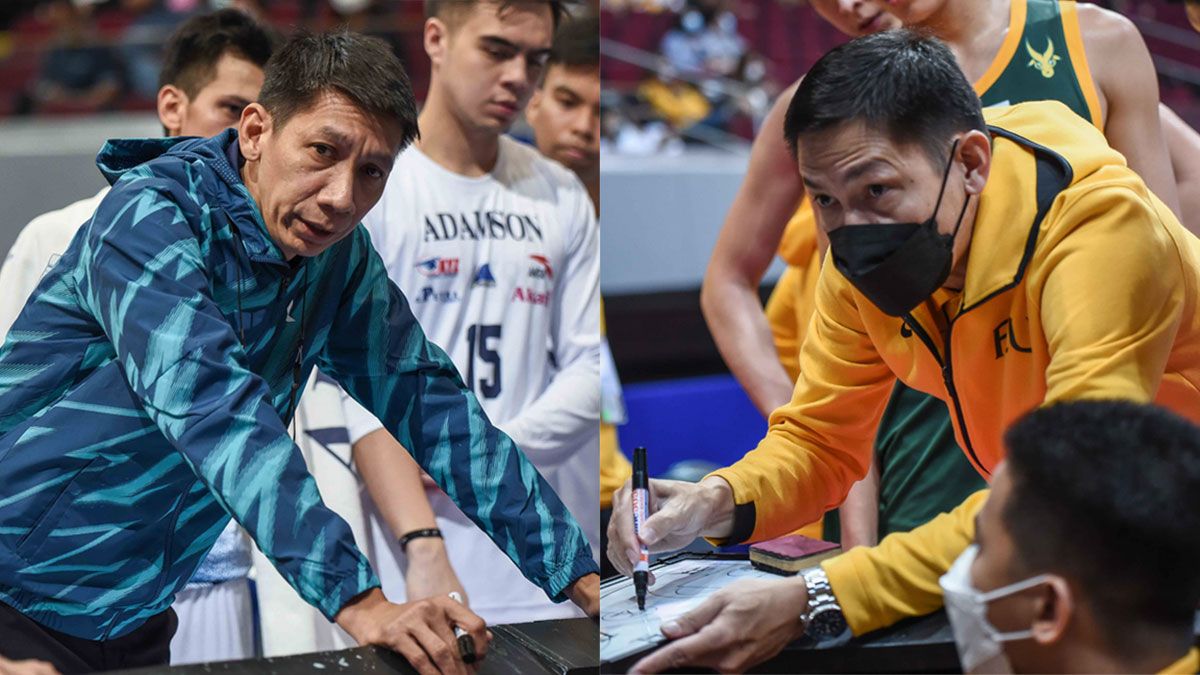 Nash Racela bows out as Olsen Racela stays in the hunt.

FEU is actually gunning for its eighth straight Final Four appearance, and four of those seasons had Nash as the coach. That included a 2015 championship where it defeated UST in three games, and a runner-up finish the year before when it lost to National University.

Olsen then took over after Nash accepted the TNT coaching job. Nash later took over Adamson after his brief stint with Blackwater.

Olsen said he is proud with his brother’s performance as head coach with the Falcons, who won five games in the second round after a 1-6 win-loss record in the first round.

“But ako, as a brother, I’m just proud of what he has done dito sa Adamson program in his first year. Nakita naman natin na ‘yung linalaro niya. They had to struggle in the first round, but maganda ‘yung pinakita nila in the second round. It just shows that you know na malaki pa ‘yung potential ng team na ito with Coach Nash as their head coach,” said Racela.