Thirdy Ravena gets benched late despite all-around Ateneo showing. Find out why

THIRDY Ravena may have been the first Ateneo player to breach the 20-point barrier this UAAP Season 82, but he's not satisfied at any bit for his performance in his side's 80-74 win over Adamson on Wednesday.

Much of Ravena's dissatisfaction stems on a missed assignment he had against Jerrick Ahanmisi in the final minute, one that led to coach Tab Baldwin dressing him down and benching him for the final 21.3 seconds of the game.

The Blue Eagles were holding a commanding 75-68 lead at that point, but Ahanmisi got freed in the right corner three and buried the long bomb to keep the Soaring Falcons' hopes flickering and cut the deficit down to just four, 75-71. 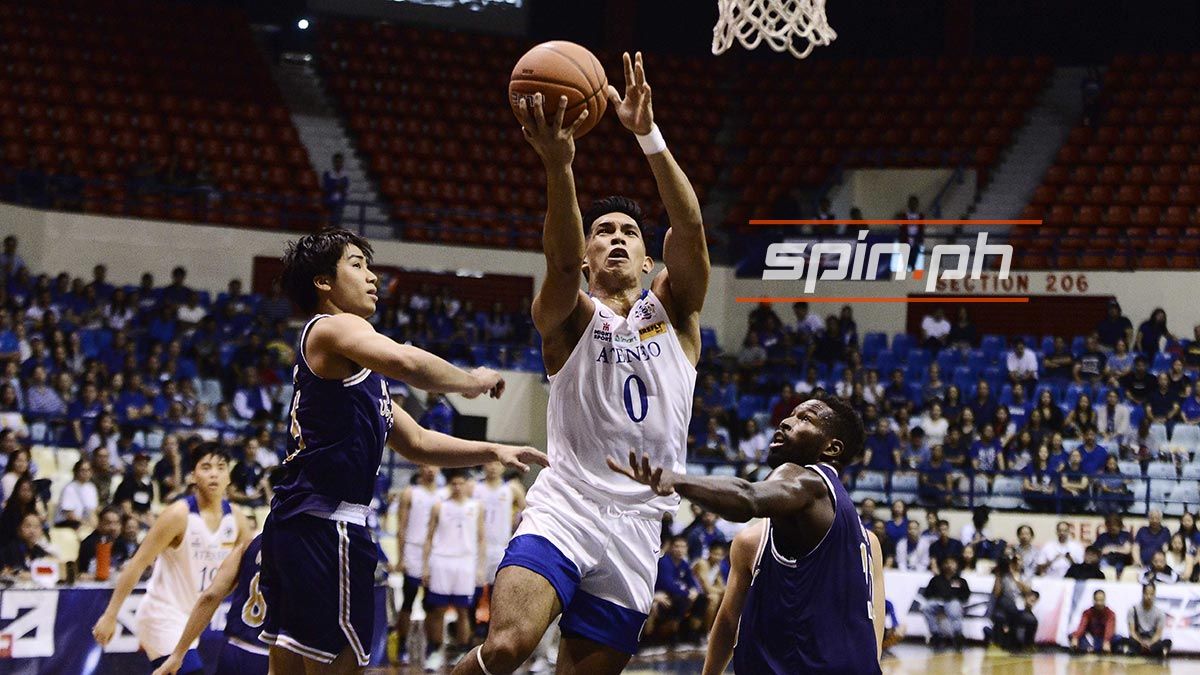 The two-time Finals MVP was beating himself on that missed assignment, which he felt ruined what was already a sure win.

"Sobrang sama. I feel like I let the team down dahil hindi ako nakinig kay coach. It's my bad and it's something I need to work on."

Lucky for him, his error didn't really cost the Blue Eagles the win as they claimed their ninth victory and extend their win streak to 19 dating back to last season.

But for Ravena, he's taking this game hard as he seeks to learn from his errors and be a better player for Ateneo as it continues its quest for a three-peat.

"The moment you let your guard down is the time when the teams that want to beat you will have an advantage on you. Kaya as a team, the more na nananalo kami, the more kami mag-improve and the more na mag-prepare kami sa teams we are facing."