Tab Baldwin tips hat off to Maroons: 'It felt like destiny'

TAB Baldwin appreciates a worthy opponent, and he could only give flowers to University of the Philippines for winning the UAAP Season 84 men's basketball title on Friday.

"I just felt like destiny," he said as his Ateneo Blue Eagles suffered a tough 72-69 Game Three defeat in overtime, ending their reign of three seasons.

"The shots they hit, those aren't shots that normal teams make in normal games much less than a championship game," he sighed on the heels of JD Cagulangan's memorable game-winner with 0.5 seconds to spare to end the Fighting Maroons' 36-year title drought.

But it wasn't just that.

From CJ Cansino's game-tying trey, Malick Diouf and Carl Tamayo's tireless job down low, and even the contributions of Ricci Rivero and Zavier Lucero, Baldwin was just left in awe with how coach Goldwin Monteverde was able to get the Fighting Maroons to buy in to the system in his first season in charge.

"You just got to give a lot of credit to their players and their coaches and I wish that they enjoy this championship. They worked extremely hard for it, they had a great season. They had an unbelievable finals series," he said. 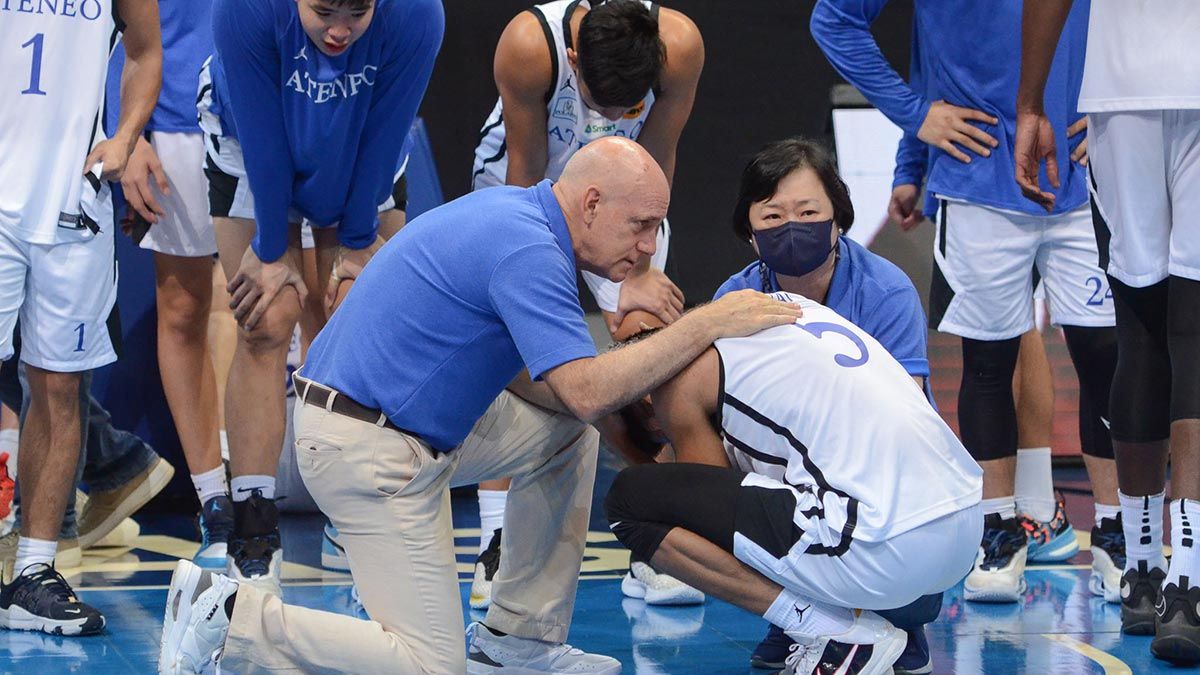 "A bitter pill, but we'll take it and we'll lick our wounds and say goodbye to an outstanding group of seniors and have a couple of weeks off," says Ateneo coach Tab Baldwin.

As for his Blue Eagles, Baldwin also said that it's just the nature of sports, that in every thrill of victory, there's always the agony of defeat.

"It was an epic game," he said as he also drew superb games from SJ Belangel, Season MVP Ange Kouame, and Gian Mamuyac who even put the Blue Eagles up by five, 69-64, with 1:47 remaining.

"I'm very proud of our team, but I acknowledge UP's fighting spirit. We just weren't quite good enough when we needed to be good enough," he lamented. "A bitter pill, but we'll take it and we'll lick our wounds and say goodbye to an outstanding group of seniors and have a couple of weeks off."

Still, it's a gladiator match for the ages as the two best teams of the season fought tooth-and-nail for the crown.

"There's a razor thin difference between the two teams but certainly the feeling between the two locker rooms couldn't be anymore than further apart than what they are. So I just wish them congratulations. I wish them well for their celebrations, stay safe, and it's all for their fans and supporters," he said.

"It's a great moment in UP basketball history and I think we all have to acknowledge that for them."