ATENEO'S dominance in UAAP Season 84 has been unparalleled, yet coach Tab Baldwin noted that it has been a very tough run.

A month into the men's basketball tournament and Baldwin speaks on behalf of the field in noting how difficult it is to play with this pace.

"I just have to say that this schedule is brutal. It is really, really brutal," said after his side's 89-75 win over National University on Saturday.

"I think it's really unfair to everybody because it's just very difficult for the players and the coaching staff to maintain a high standard of performance, and that's really what the fans want and I think that's what everybody wants, the players want that, and it isn't just our team. Everybody's exhausted."

Since the season began on March 26, teams have played Tuesdays, Thursdays, and Saturdays, the exception only during Holy Week.

That brief seven-day break only led to a more intense race to the Final Four with teams jostling for position in the last two weeks of the eliminations.

And even the players feel the heat, knowing that no matter how dragging the schedule is, they have no other option but to stay the course.

"We're just players. Players can't be choosers," said Dave Ildefonso. "We can't do anything about that, so we just have to put our heads down and just work, do what the coaches say, and hope for the best." 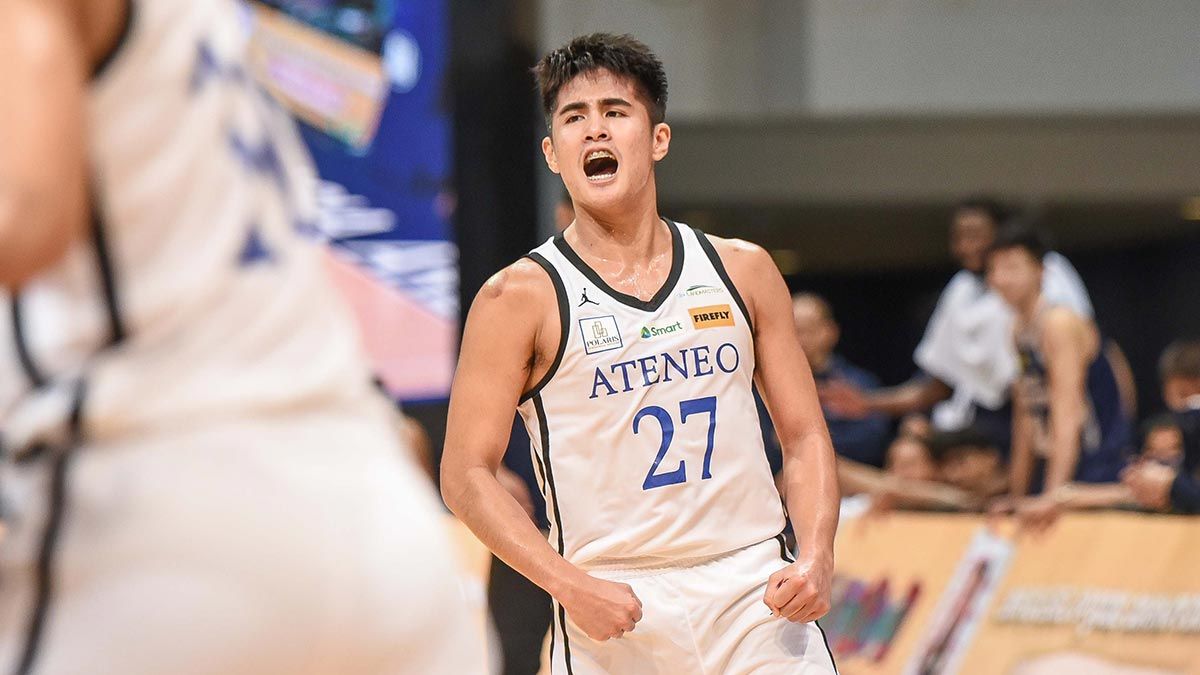 SJ Belangel and the Eagles are 11-0 this season.

SJ Belangel added: "We're not robots. We're just humans so we get tired. And even after games, we still have a practice tomorrow and that's the schedule every day. So you just have to adjust."

But that's what makes Baldwin all the more impressed with the Blue Eagles' fortitude, knowing that despite these odds, the players still try to exhibit the standard that the coaches demand from them.

"Looking at our basketball team and our season, I marvel really at how our players are continuing to push themselves under these circumstances," he said, with Ateneo now going 11-0 for the season and extending its win streak to 37 straight games dating back to 2018.

"I said at the beginning of the season that I thought it would be almost impossible to go without a defeat through the season, and I still think it's a remote possibility."

And it's on display even during games that with players fighting through fatigue, no lead is safe.

"Nonetheless, I think that you see that when teams get leads, it's hard to hold on to the leads because players are mentally and physically tired," he said, with Ateneo's 33-point fourth quarter lead dwindling down to its lowest at 14 against NU.

"But I was really proud of our team today. I thought we came into the game very well prepared, and I thought we carried on from where we were in the UST game, and certainly that was enough for us to put a good win up on the board against a very tough Bulldogs team."