SJ Belangel was a revelation for Ateneo in completing its historic perfect 16-game sweep and accomplishing a ‘three-peat’ in UAAP Season 82.

Belangel saved the best for last as he unleashed a career-high 15 points — from five three-pointers on 50 percent shooting — to help the Blue Eagles in sweeping University of Santo Tomas, 86-79, in Game Two on Wednesday at the Mall of Asia Arena.

The reason behind the sophomore’s breakout game? He didn’t want to let his seniors and starting point guard Matt Nieto down.

“Nireremind niya ako lagi galing off the bench na keep the energy. So ayun mindset ko lang this is for my seniors kaya ayun luckily I hit my shots,” he added.

Belangel nailed the big shots that killed the momentum of the Growling Tigers as he made the most of his extended minutes by embracing his role and applying all the things he learned from Matt, who is graduating along with his brother Mike, Thirdy Ravena, Isaac Go and Adrian Wong. 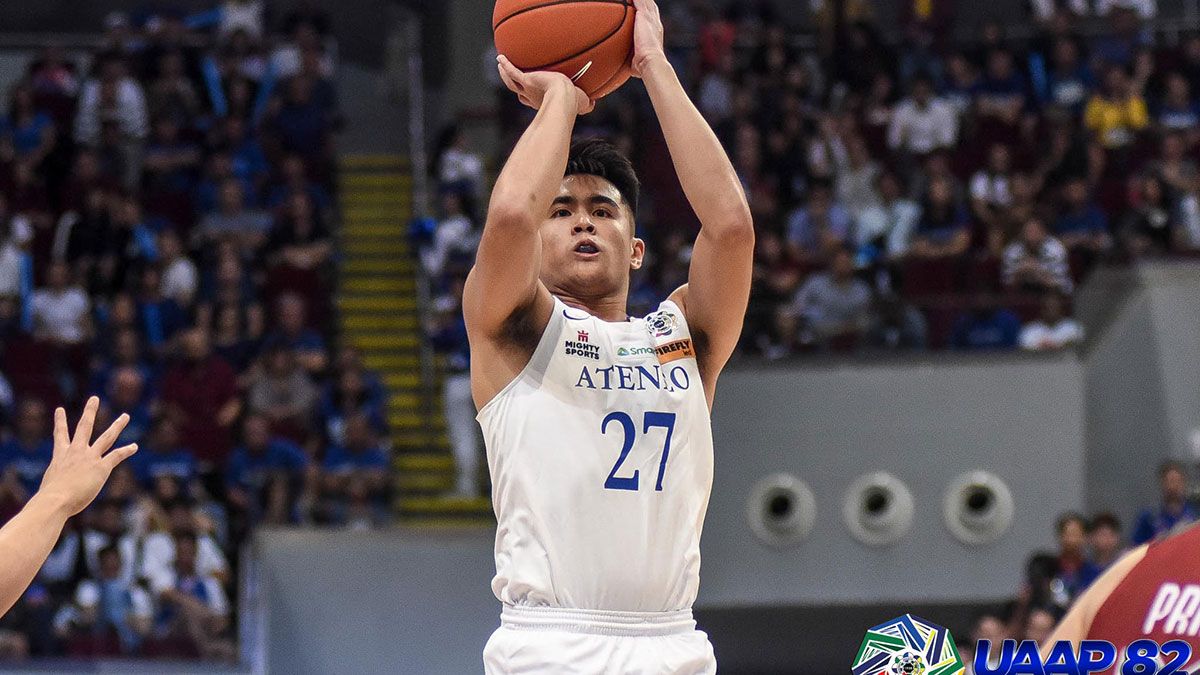 As Nieto got his fitting exit along with his fellow seniors, Belangel is the next man up next year when Ateneo tries to extend its dynasty.

The young point guard will be bringing his biggest learning from Matt.

But he insisted that it will be a collective effort between him and Tio to fill the void left by Nieto as point guard.