Seniors' eligibility among questions as UAAP coaches reflect on cancellation

SAD as the news of the cancellation of the upcoming UAAP Season 83 might have been, coaches in the men's basketball division perfectly understood the rationale that the league's brass had when it made the tough call.

"The highest governing body of the UAAP has already decided. I have no doubt that they only have the best interest and safety of everyone in mind when they made this decision," said University of the Philippines coach Bo Perasol.

Adamson mentor Franz Pumaren added, "That's the most important thing: the safety of the players, the school officials, and everyone involved."

The league finally terminated talks of a hopeful resumption of the collegiate season for the 2020-21 academic year and on Friday, pushed back the next staging of the UAAP for the next athletic calendar.

Among those considered were a resumption on the first quarter of 2021, which was later on moved to as early as April, as well as bubble concepts being observed but only limited to the men's basketball and women's volleyball.

Since the postponement of the past season last March, teams have retreated to the confines of their own homes, doing individual, and for some, virtual workouts as the players tried to stay in shape, ready anytime that green light to come back glows.

"Our players have been keeping themselves in shape throughout the pandemic and have just been waiting for the guidelines to come out before we could practice. But we understand the position of the presidents," said Far Eastern University coach Olsen Racela.

The Philippine Sports Commission (PSC) actually finished drafting its guidelines, in coordination with the Commission on Higher Education (CHED), for the resumption of collegiate leagues in the country on Friday.

Unfortunately, the UAAP is rather standing pat.

Part of the reasons why the league chose to abandon those plans is the ongoing prohibition of face-to-face classes, which was one of the main requirements the government required for the resumption of the collegiate and non-professional competitions.

To the UAAP, the risk of staging games was just too high considering the country's ongoing battle against the COVID-19 pandemic -- something which the coaches saw eye-to-eye.

"We really need to keep our safety and the safety of our players as our top priority," said University of the East coach Jack Santiago. "If the Board thinks that cancelling Season 83 is the best way to keep our players safe, then I support their decision 100 percent." 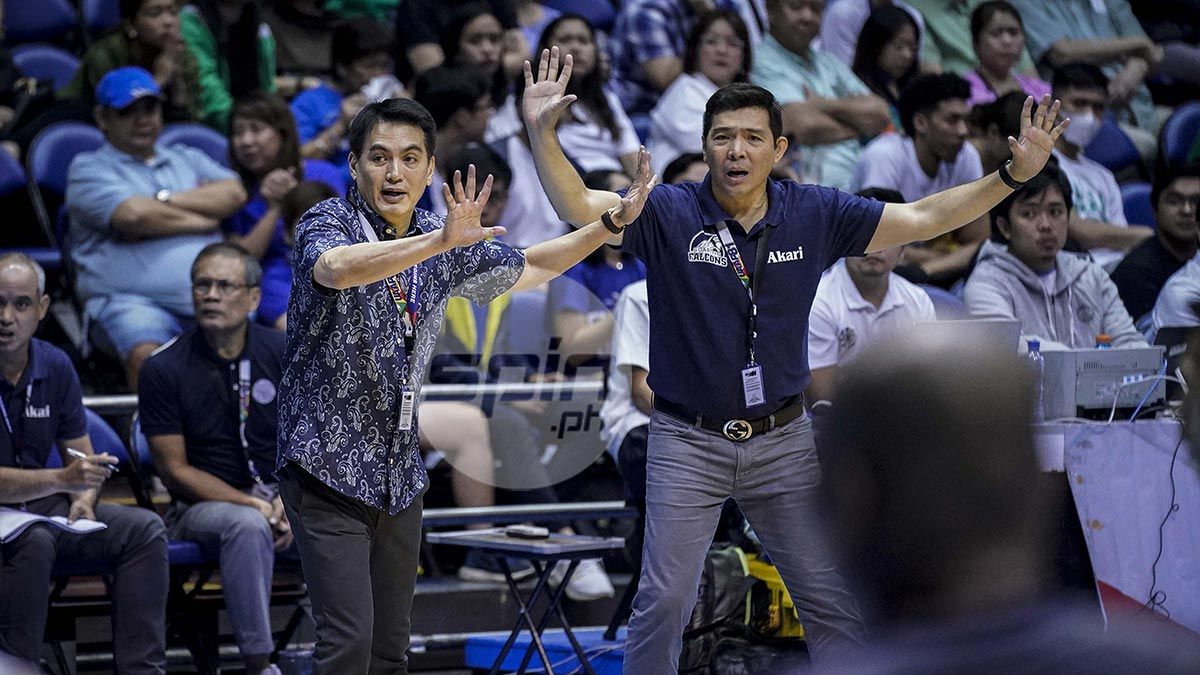 Perasol agreed, noting: "I’ve always been on the side of caution, and if we cannot assure the safety of our student-athletes, coaches, administrators, media, and staff in opening the season, why force it? One infected person is one too many at this time of uncertainty."

Still, the news left a lot of question marks for everyone to answer -- from when the UAAP plans to resume its games to the eligibility of its players and especially the seniors.

"I also think about the graduating players," said Santiago. "Season 83 was supposed to be their last year to show what they got."

"I hope the Board also considers adjusting the age limit next season and allow the graduating players to play their last year. If we look at it now, most of the semi-pro leagues also got cancelled, so the platform for these players to showcase their talent is really lacking. I hope they can consider because yung mga bata, hindi naman nila ginusto na magkaroon ng pandemic and mag-cancel ng events and yung senior year is very crucial when it comes to making a name for themselves para maka-transition sa pro."

Racela said it best, that for now, all we could do is to stay optimistic and pray that things go back to how it was before.

"This pandemic has already affected so many lives and we continue to pray that it finally ends so that we can return to enjoying all that has been put on hold, including collegiate basketball," he said.